Just a small update this time: Inferno Squad with support Imperial Special Forces troops and the IG assassin droids.
All black uniforms can look rather dull and the details can be easily lost, so I did my best to add variation between the materials. Armor was highlighted with dark sea blue and given a satin finish, while  cloth was highlighted dark grey and leather dark brown, with flat finishes for both. 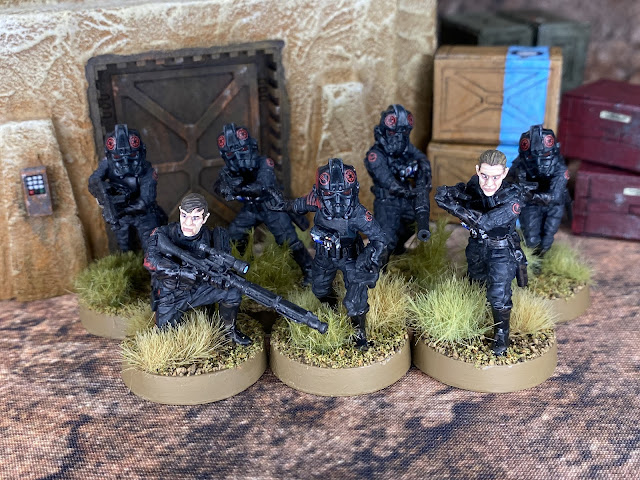 I'm no expert on Star Wars lore, but it appears that the Inferno Squad was just a select group of operatives, and that only three of the figures in Legion box represented then. As such, only those figures received the red stripe down the right of the uniform and the red helmet markers with the Inferno Squad logo. 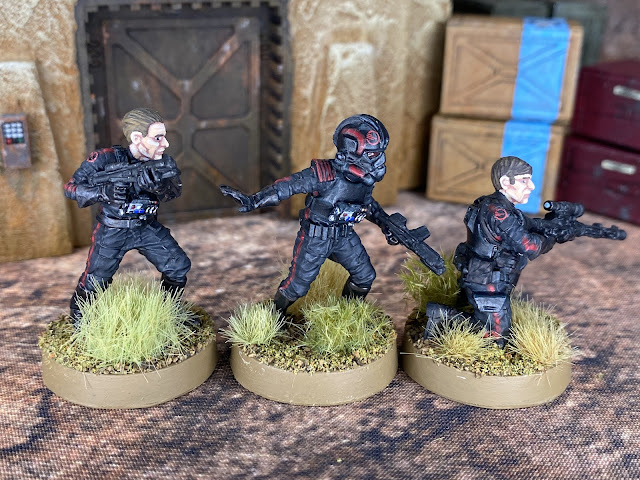 For the standard Special Forces troopers, most people use white Imperial icons. I didn't want to buy another set of decals (I purchased mine from Little Metal Spaceships; great decals, but poor communication and slow shipping), so opted to use the red imperial icons I had.  Unfortunately, there were none on the sheet that were shoulder patch size, so I used the Inferno Squad insignias rather than leave the spots blank. Hopefully the rest of the uniform differences will still be enough to distinguish them from the true Inferno members om the table. 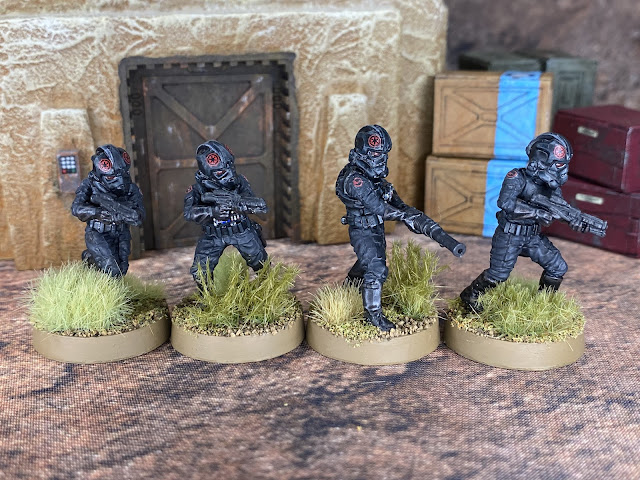 For the IG Assassin Droids, I went with IG88 and IG11 for my builds rather than generic. Looking at reference photos, the major differences between them were the metal colors on them: IG88 was mostly steel and black tones, while IG11 had brass and copper tones on its limbs. I also gave them both some grime via washes for a worn look. The kit came with a few different arm and leg variations, so you could build figures a variety of ways. 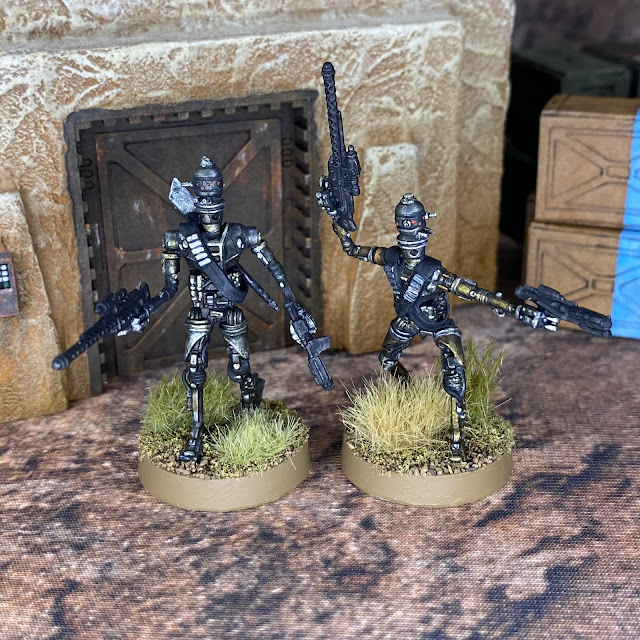 With that, my Star Wars storage box is nearly full, so I'll likely call an end to this project for now.
Posted by Major Thomas Foolery at 3:44 PM