While I already built a first round of shops, I wanted the shopping district to feel a bit more bustling and chaotic, as is seen in these pictures from Bamako's street markets. As such, I picked up some street vendors and civilians from Eureka to compliment previous market elements I had from Ainsty and Fogou.  For all the figures and cloth patterns, I tried as much as possible to use photos of actual people as references.  The umbrellas did not come with the market sets, but were O-Scale items ordered off of eBay from China and repainted. 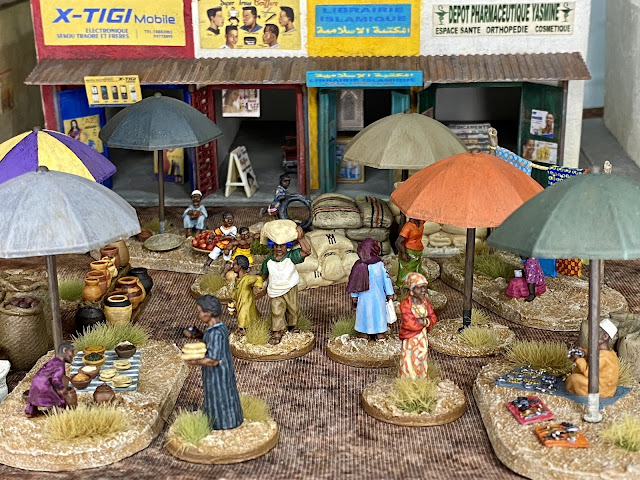 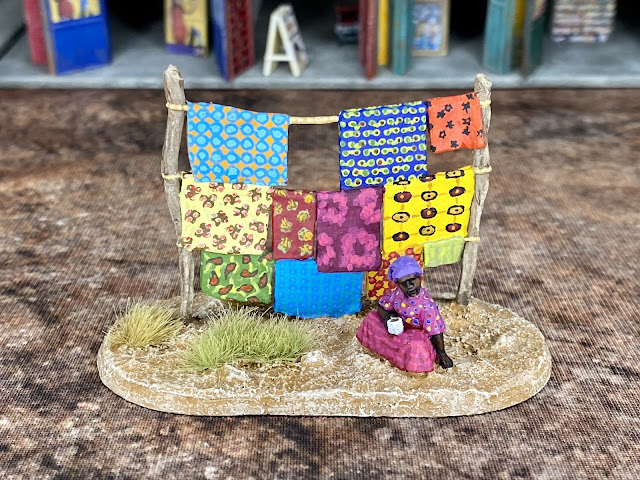 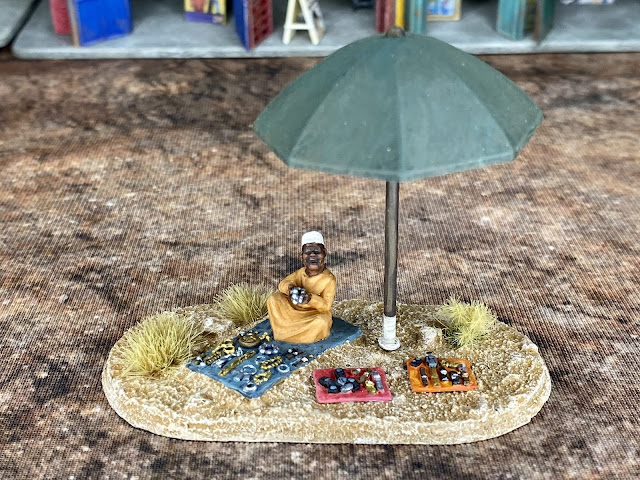 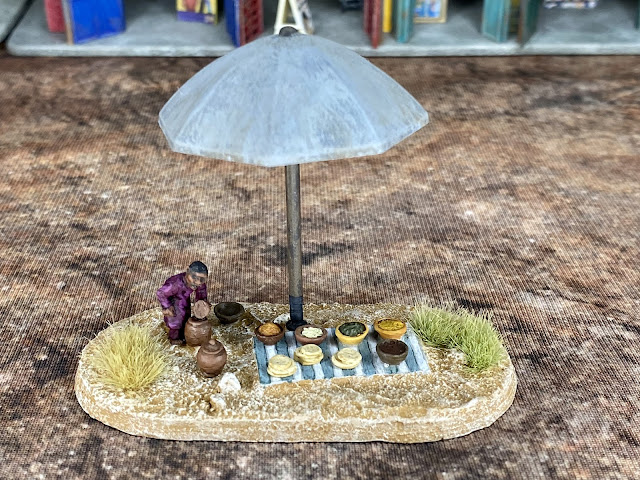 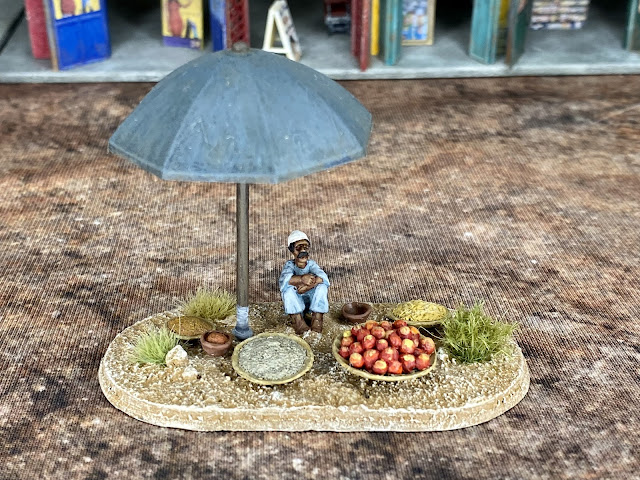 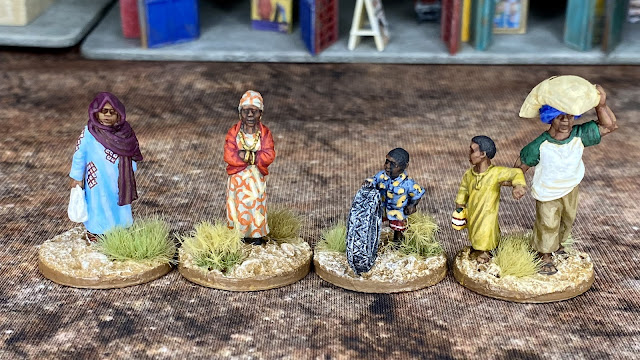 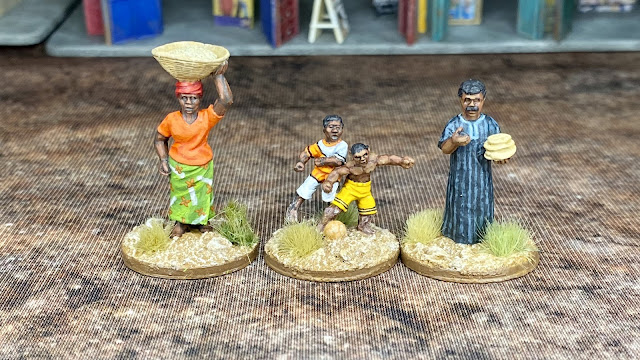 The figures were really well sculpted and cast, and I think they really add a bit of life to the tabletop.  Eureka has another set of 8 African civilians, so depending how much storage space I end of having for this project after painting the rest of my Christmas purchases, we might see more shoppers in the future.
Posted by Major Thomas Foolery at 2:31 PM 4 comments: