Back with some additional reinforcements for my Chinese X and Y forces in Burma. First up is an allied squad from the US 5307th Composite Unit (Provisional), better known as Merrill's Marauders. 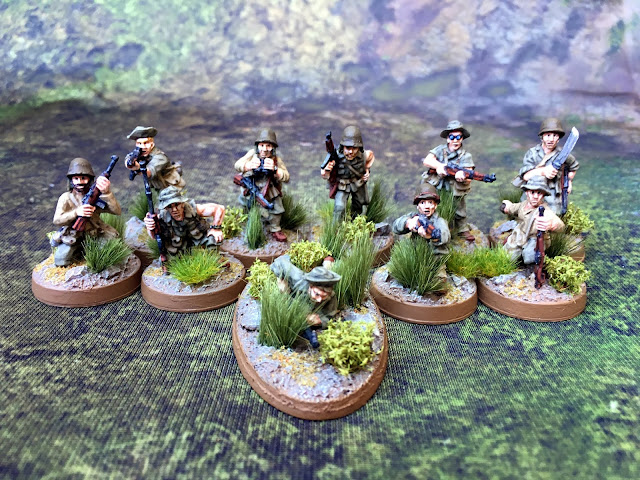 These figures are produced by Warlord Games, and are quite well done. The sculpting quality is good, the casting had minimal flash and mold lines, and they use the separate head system, allowing you to create some variety if you want to field more than one squad.  Sadly, they do not produce any bazooka or mortar teams as part of the range. 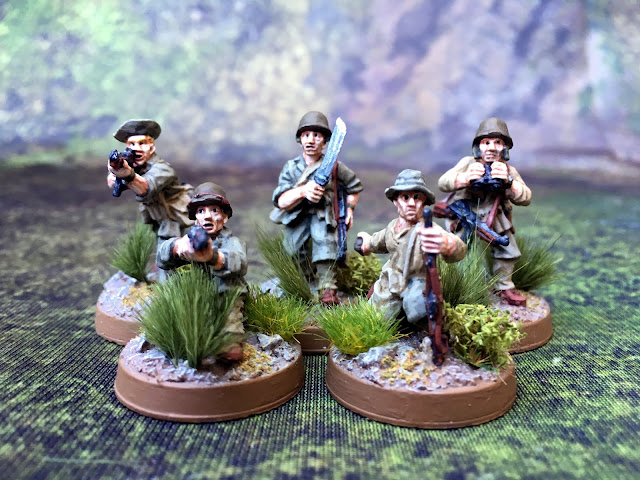 I normally have just a rocky bases with a bit a grass to allow my figures to better blend into a variety of terrain types, but since these are jungle based troop I opted to add a bit more more greenery. 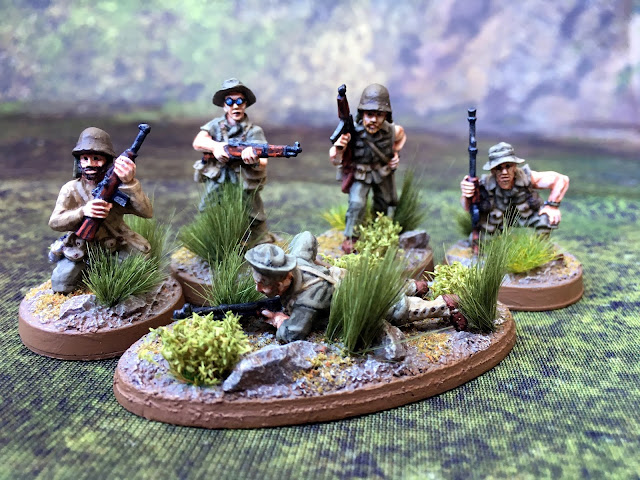 Next up is a Morris CS8 15cwt truck, also produced by Warlord Games. This is a resin vehicle with white metal fittings, and can be built with either the tarp covering the back or rolled up. The driver also uses the separate head system for more variety. 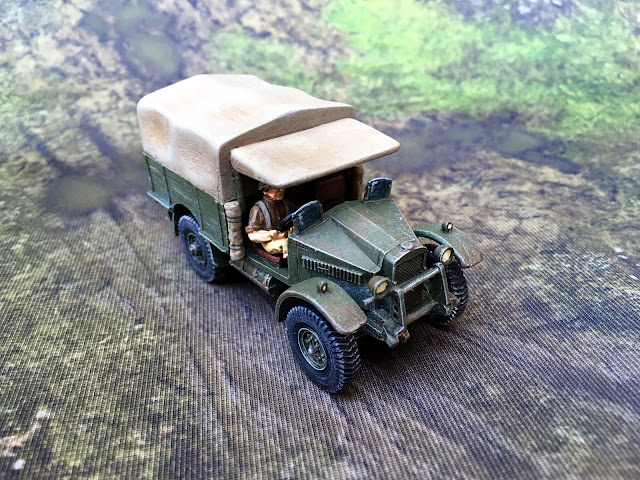 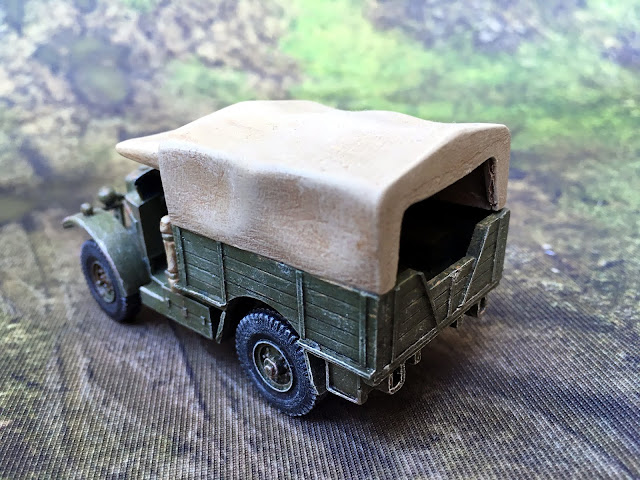 While the resin portion was fairly well cast, the metal portions were poorly done, with significant seams and signs of mold misalignment.  The worst was on the front wheel covers. I spent a lot of time trying to file things smooth, but reached a point where the metal was getting too thin and had to stop. As you can see below, the differences in height along each half of the covers is still very visible. I would not recommend this kit until they fix the issues with the metal elements. 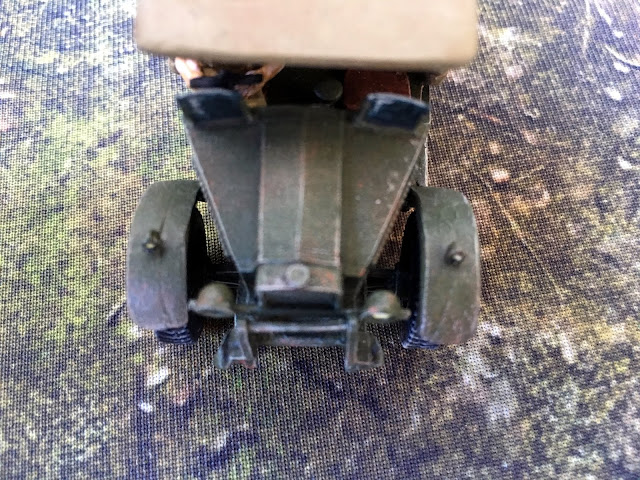 So a bit of a mixed bag in terms of quality this round of builds, but I think everything will still look good once it's out on the table.

Posted by Major Thomas Foolery at 11:23 AM 4 comments: