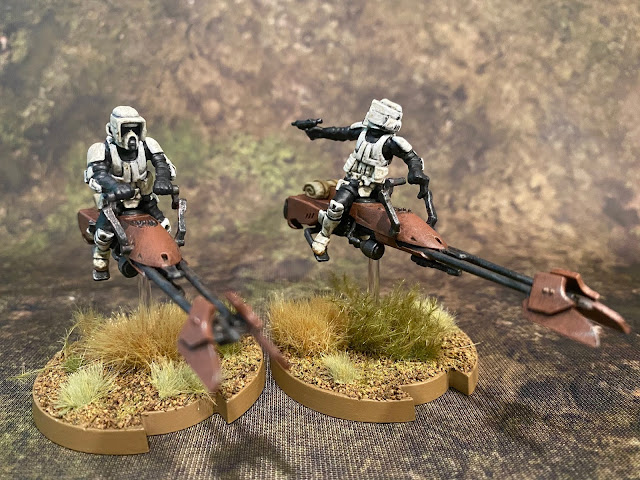 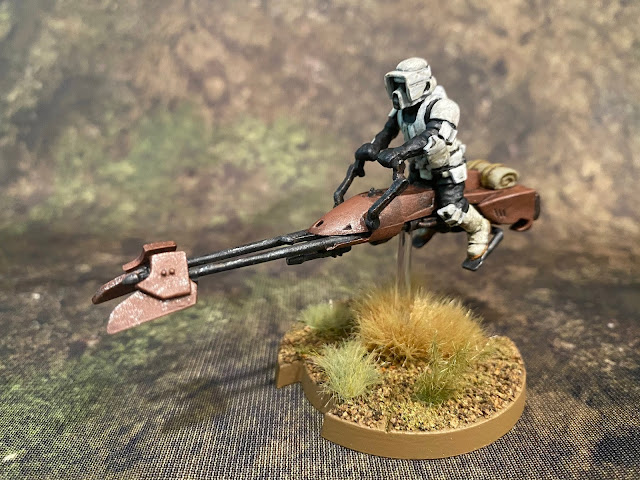 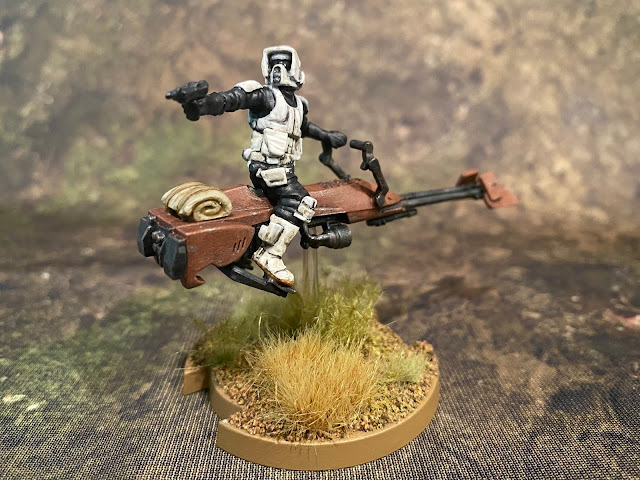 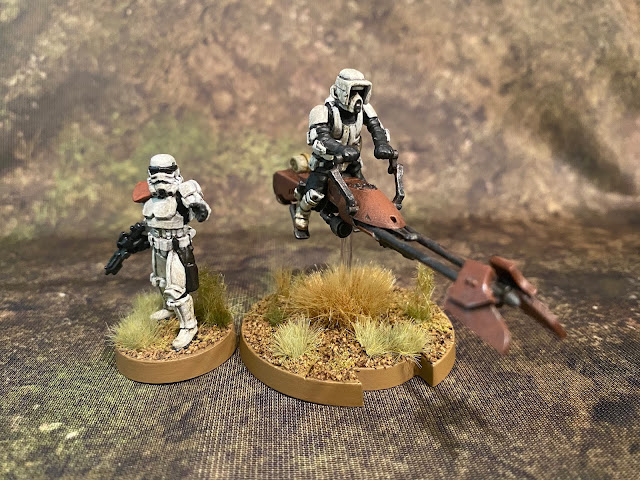 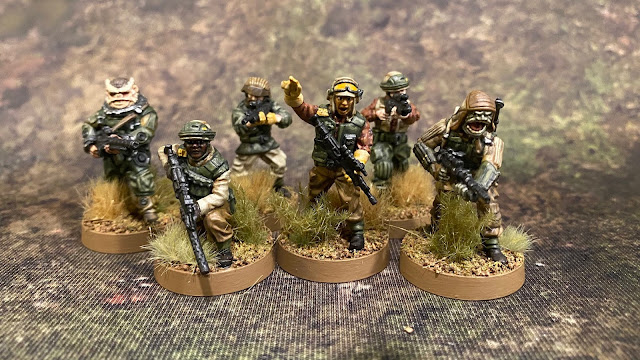 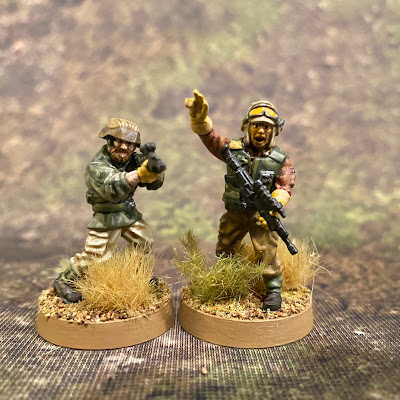 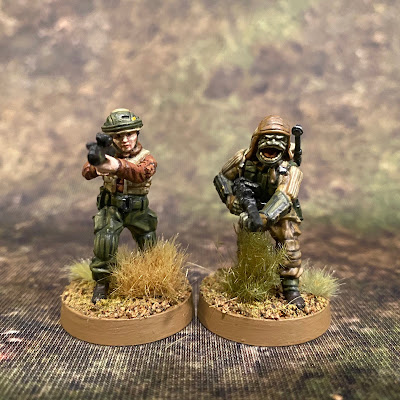 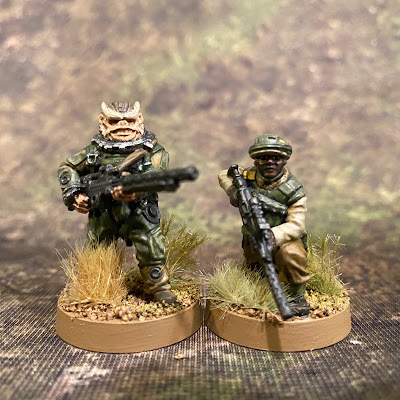 Posted by Major Thomas Foolery at 11:02 AM 2 comments:

I'm back with two more buildings from TT Combat's Sandstorm line: Hovel A and the Cantina.

Hovel A is rather small and I was disappointed to discover that no greebles come with the kit (including the vent over the door), so I was forced to use bits from the other buildings I bought. Assembly was fairly straightforward like the previous build, though I did use some masking tape over the corners to help cover the gaps before adding the texture gel. It's also worth noting that the door size varies for each kit, so if you want to add additional card spines to the door, you'll need a custom template for each building. 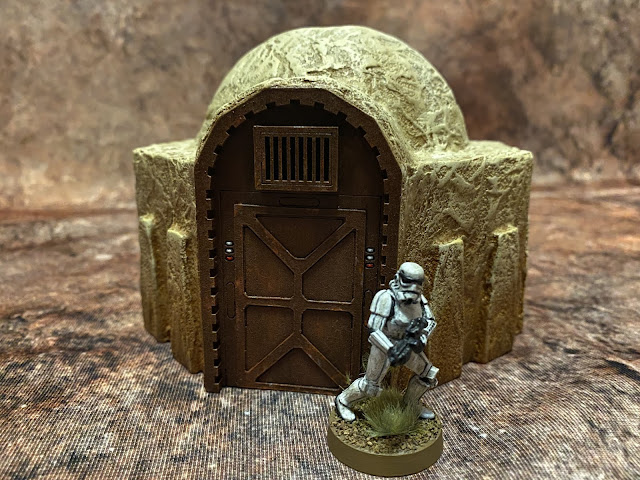 The big building of the set is the cantina, being about three times the size of the Hovel A building. The building is not designed to have a lift off roof (at least from what I can tell from the instructions), but I was able to get the walls sturdy enough to allow me to make it removable.  I have yet to build an interior,  but may do so in the future. 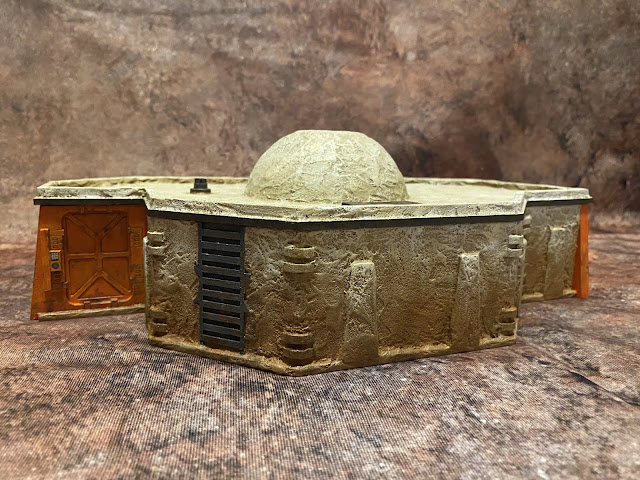 The building has two entryways and large sections of flat roof that would allow you to add figures on it. There are also a ton a greebles available, and I saved quite a few for addition to other buildings. 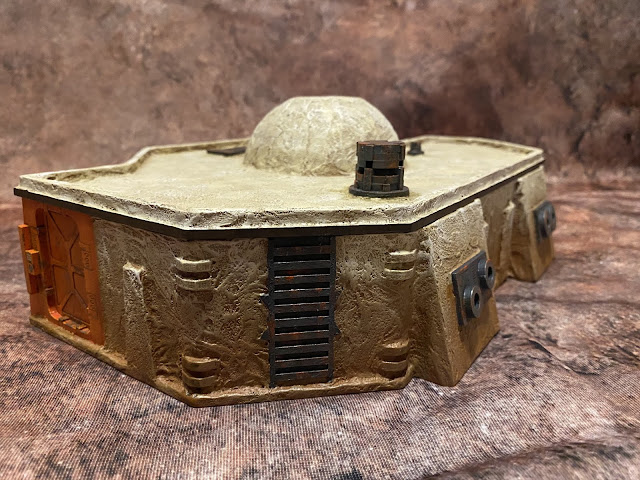 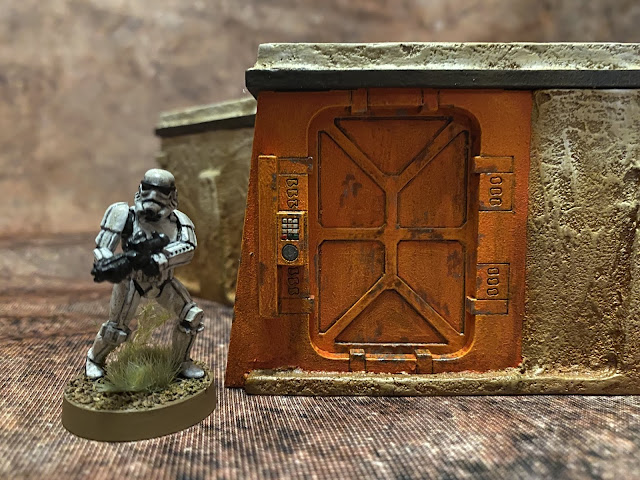 Being the cantina for the settlement, I thought the entryways should have a bit more pop that the usual brown, and opted to introduce a bit of orange (though my youngest son isn't a particular fan of the choice). 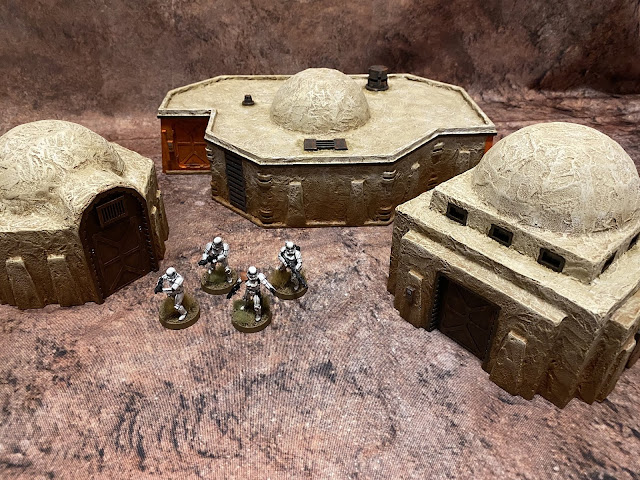 Overall I'm happy with the final settlement, small though it is, and think it will provide a decent amount of cover and character for the table.
Posted by Major Thomas Foolery at 1:15 PM No comments: