I'm back with some more upgrades to our Star Wars forces for Legion. 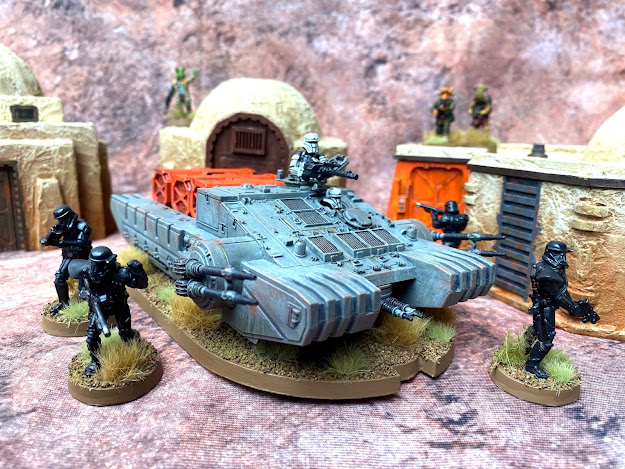 First up is the TX-225 Occupier Tank from the Rogue One film. While the design itself is awkward and completely impractical as a tank, the kit itself is well done. The pre-assembled body and most of the details are hard plastic, with only the crew and heavy blaster being the same soft plastic used for the infantry. 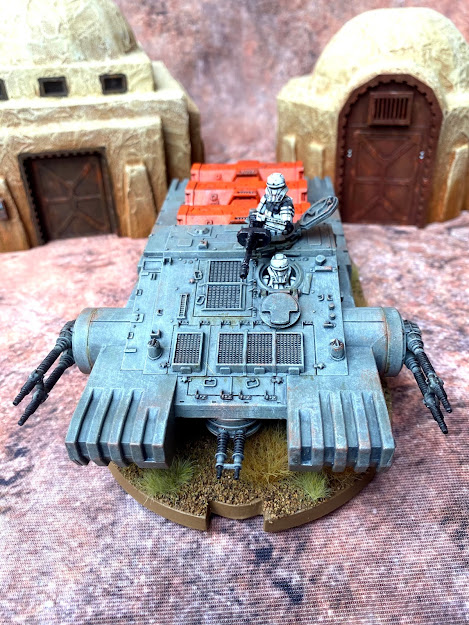 Some people have painted theirs in subtle camouflage schemes, but I've opted for the common Imperial grey tones with a bit of wear. 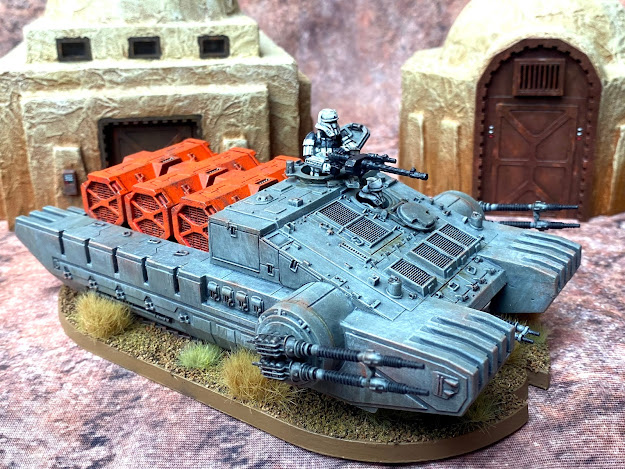 Next up are the Imperial Death Troopers. Being all black, it was a bit of a challenge trying to make the paint pop, and I'm not sure I completely pulled it off. To get a variety of black tones, I opted to highlight the armor with dark sea blue, the leather items with dark brown, and the underarmor with dark grey.  They look fairly decent under sunlight, but most of the detailing differences get lost under standard interior lighting.  Oh well. 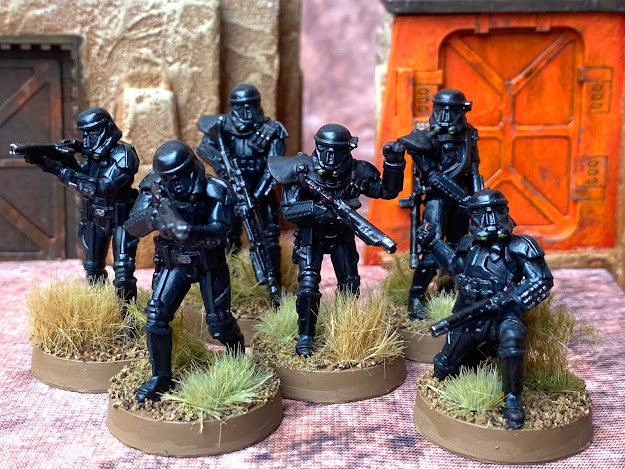 The Rebel Trooper Upgrade Pack gives you some nice new aliens and weapons to add to your standard rebel units.  You get an Ishi Tib captain, Gran specialist with a standard blaster, Theelin sniper and Ithorian with a shogun style scatterblaster. If you don't want the specialist weapons, alternative arms with standard blasters are available for the last two figures. Overall they figures are well cast, though the arms attach with round rather than fitted pegs, so I ran into a few issues with alignment during assembly.  This resulting is some of the guns flexing a bit at the end, particularly with the sniper (though I may have used the wrong left arm for her). Luckily I don't think it will be be too easy to spot on the table unless you're looking for it. 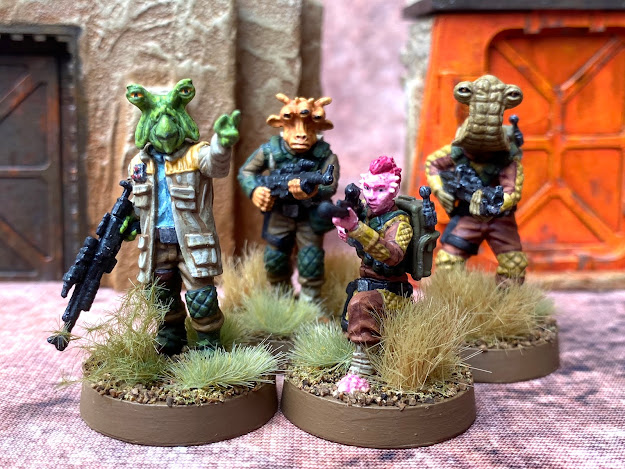