Another House for Tibet/Western China

So I'm back with another paper and card house for my Tibetan village project. 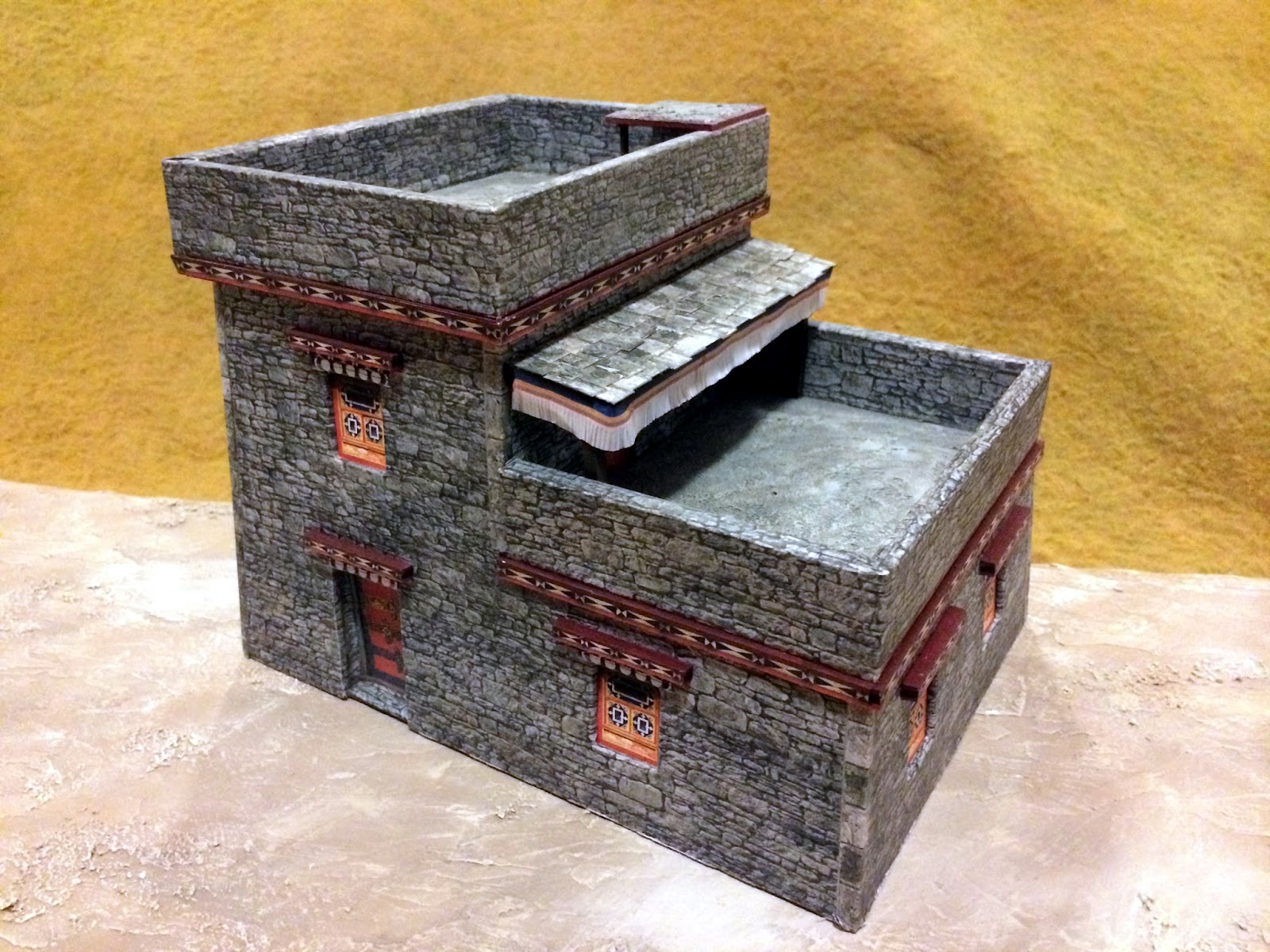 For this particular building, I decided to add a balcony off one side as practice for when I attempt to take on building a temple. The outer walls slope in, as is seem on the real buildings, but for the edges touching the balcony wall, I left them vertical.  While I don't think it looks as nice, I thought it was the easiest way to get the balcony walls flush. 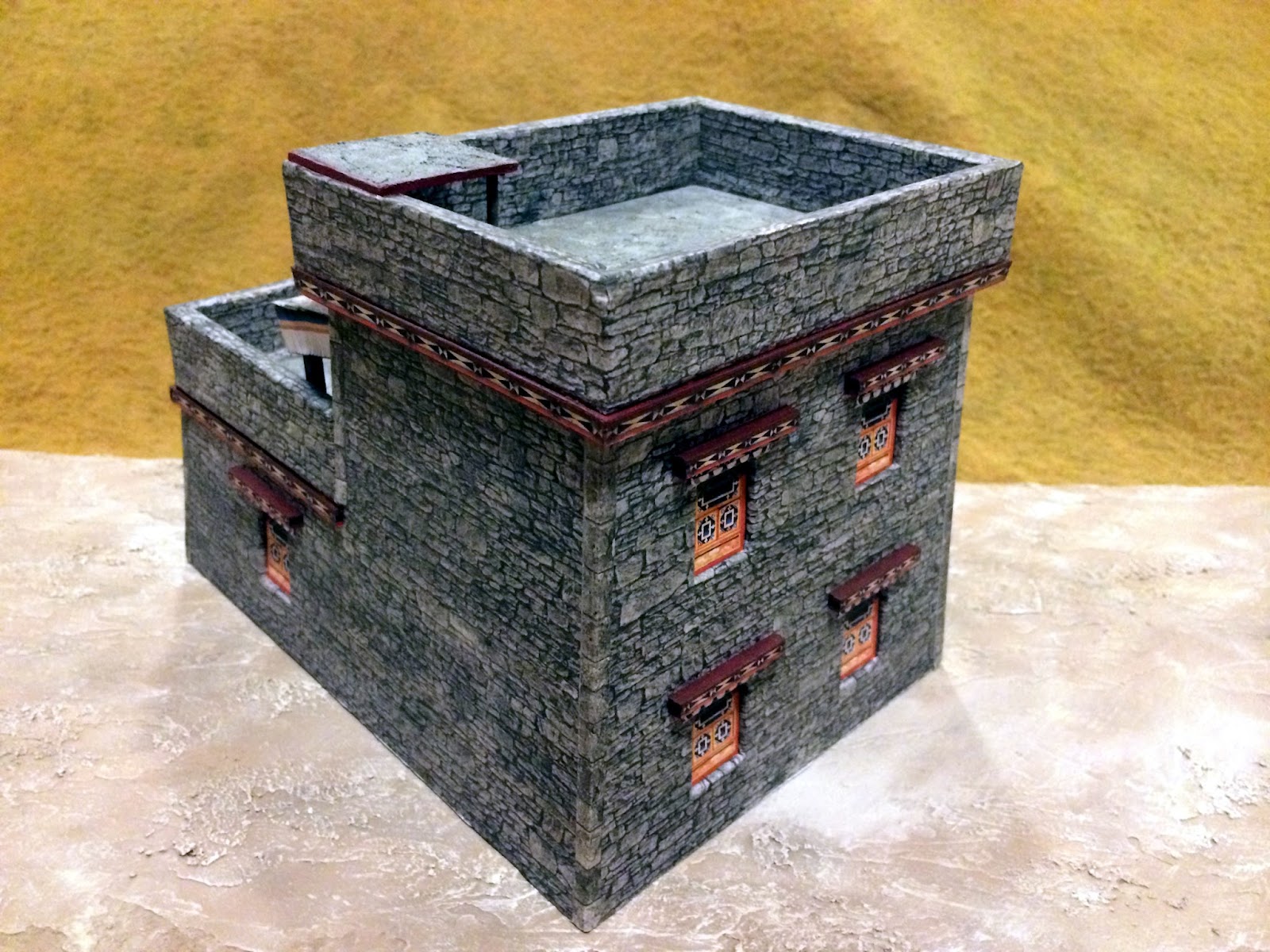 For the wall around the upper roof, I think I pushed it out too close to the edges and made the roof look top heavy.  While not completely bad,  the look isn't quite right for this type of building and it's my least favorite part of this build. However, I'll leave it as is and apply this learning experience to the next building. 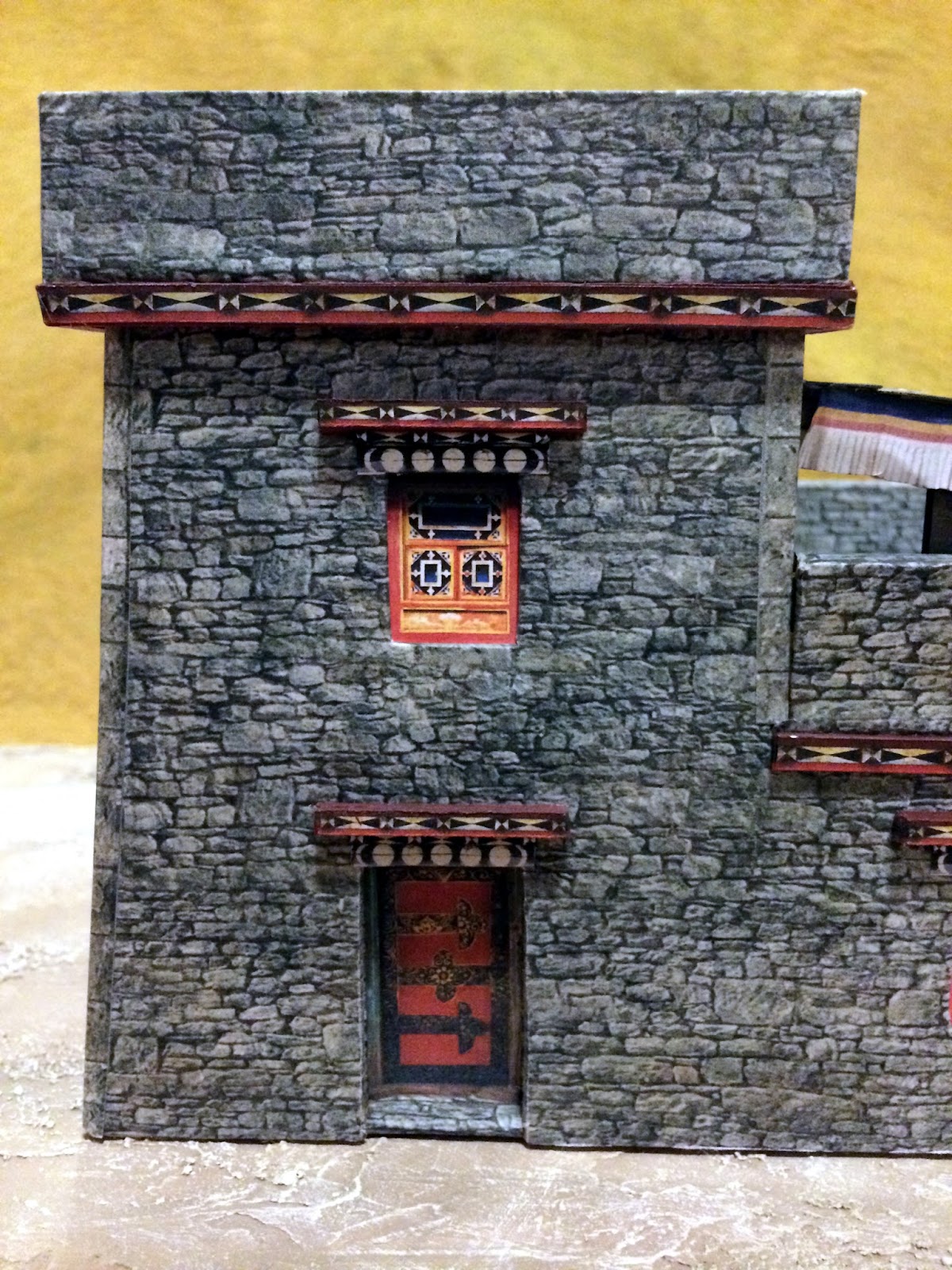 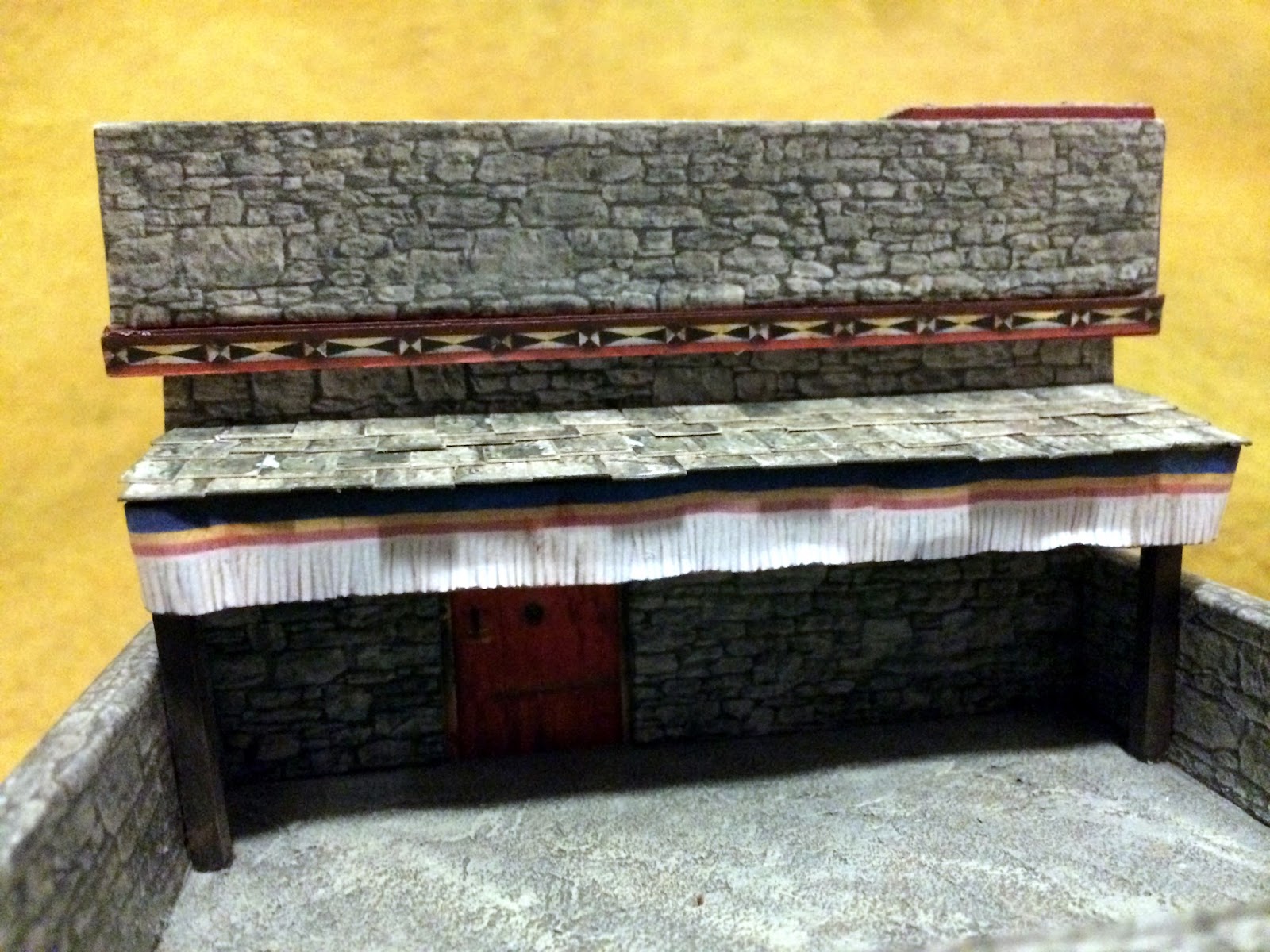 As with the previous building, I used Scalescenes.com stone texture (though rough cut on this one) scaled up to 120%, along with architectural details made from manipulated photographs of real building elements. 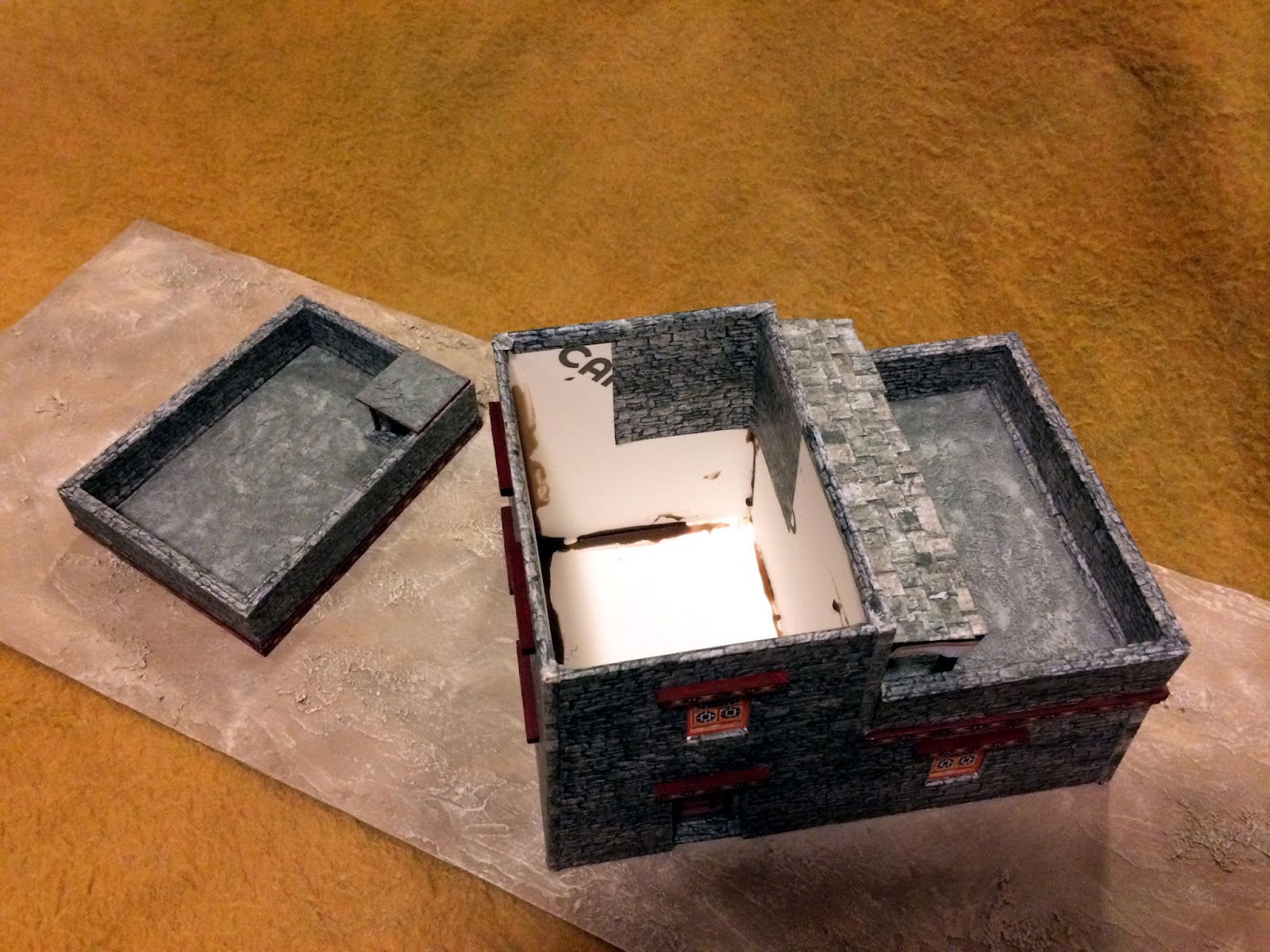 The balcony side had to be attached to the building for stability, but the upper roof can be removed to allow figures to be placed inside.   The footprint of the building is also consistent with the last one, so I'll be able to keep the village layout modular on the hill base (still to be constructed) as suggested to me on LAF.

Note: I have now put part of my architectural details collection online.
Posted by Major Thomas Foolery at 9:31 AM 4 comments:

Email ThisBlogThis!Share to TwitterShare to FacebookShare to Pinterest
Labels: Back of Beyond, Terrain
Newer Posts Older Posts Home
Subscribe to: Posts (Atom)