My Imperial Japanese Army for China moves closer to completion with some command, weapons teams, and artillery.  All figures are from Warlord's Bolt Action line.

First up are the headquarters figures, lead by Colonel Baron Nishi.  This is a well sculpted and cast figure and surprisingly matches up fairly closely in size with my Copplestone Chinese general (the Copplestone figures tend to run larger). The rest of the figures run smaller, so I've opted to pad the bases a bit as usual. 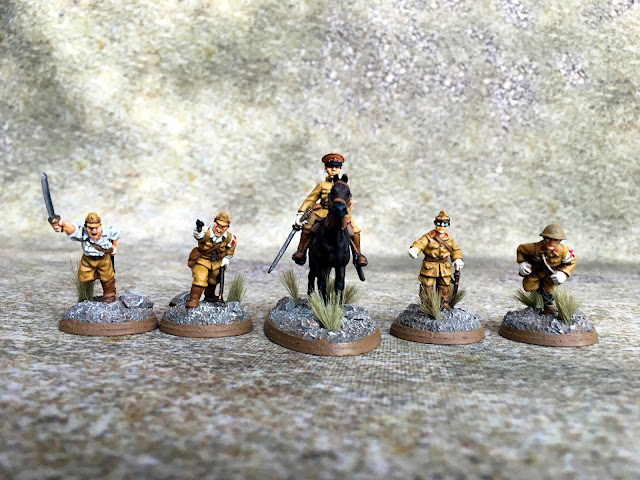 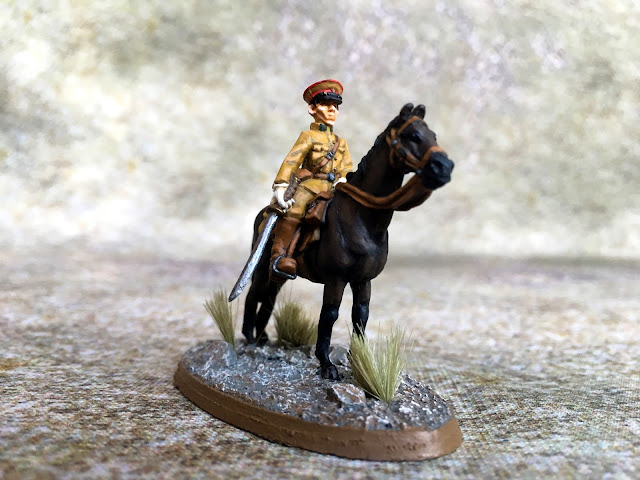 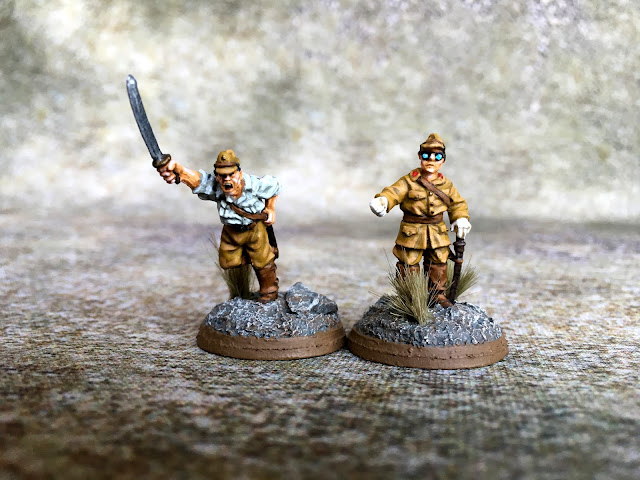 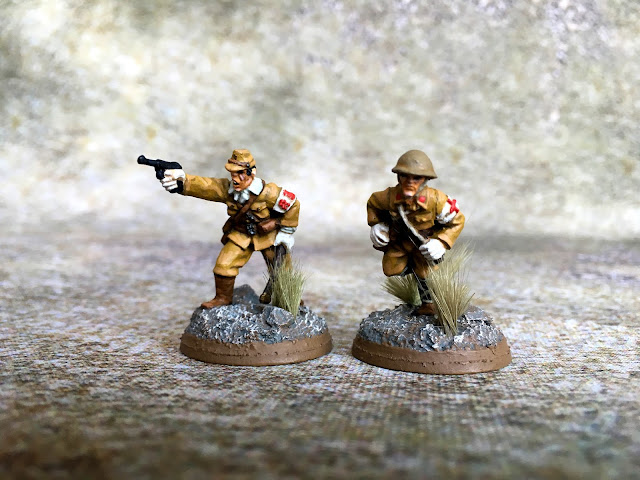 The infantry officer bodies are also well done, but I find the sculpting of the heads in the Warlord range to be a mixed bag, particularly those wearing caps (see the Kempeitai officer for one of the poorer ones). The figures all use the separate head system, so at least you can mix them up between packs and get some additional variety.

Next up are flamethrower and sniper teams. They fight as two man teams, so I've opted to use a single base for each team. For the snipers, I've gone with camouflaged helmets that I bought separately instead of the included heads. 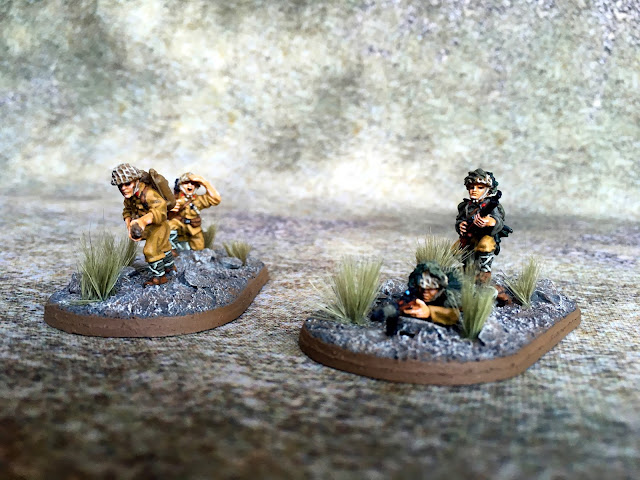 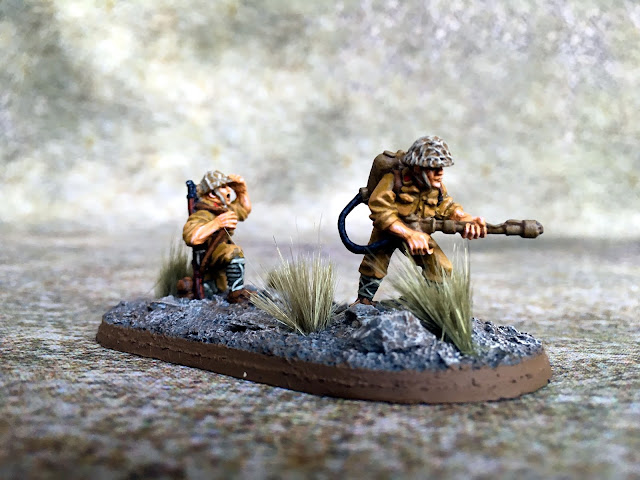 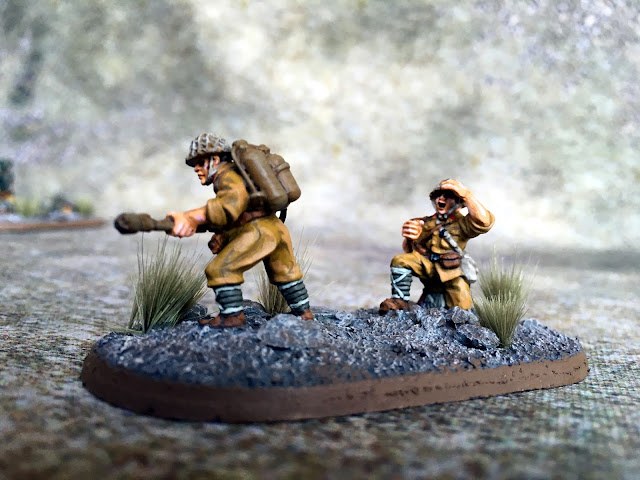 The upright sniper has a somewhat unnatural squatting pose, but I think the final team looks fine. 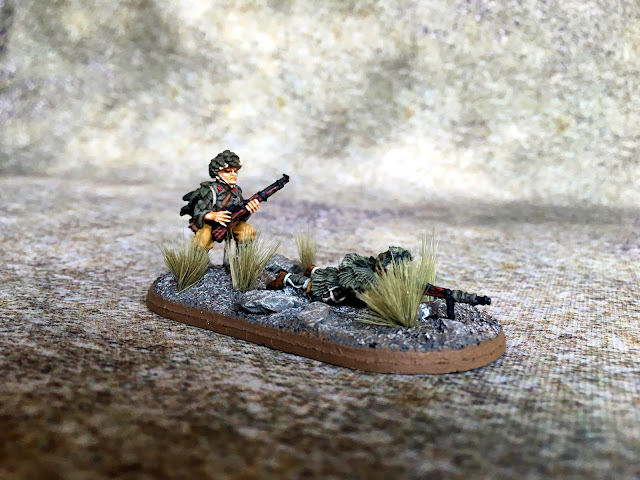 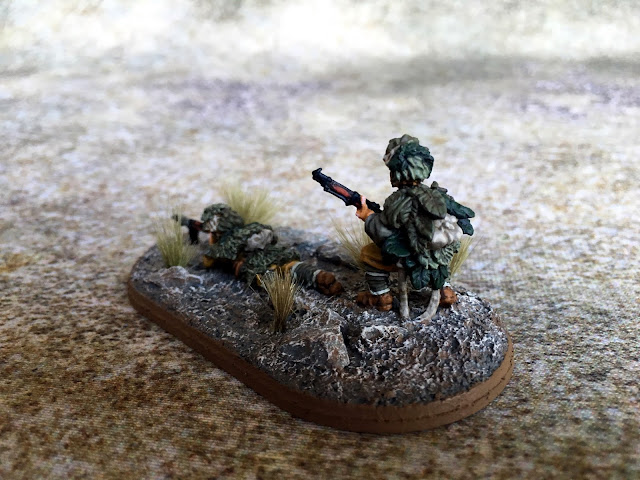 Finally, there is a Type 91 105mm howitzer with crew and an observer.  The observer again has a strange squat pose like he needs to relieve himself, but what are you going to do. 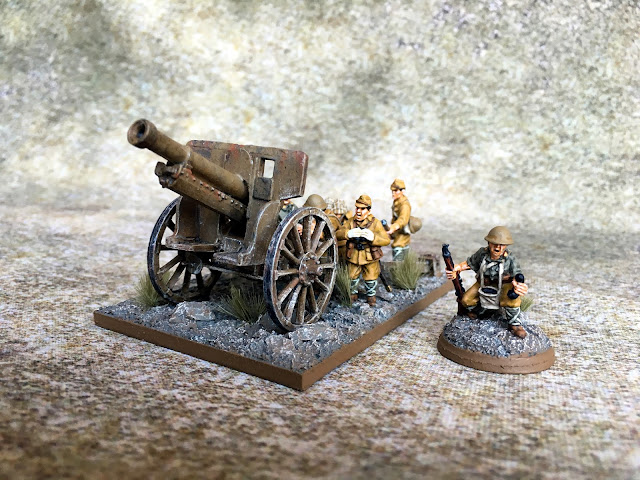 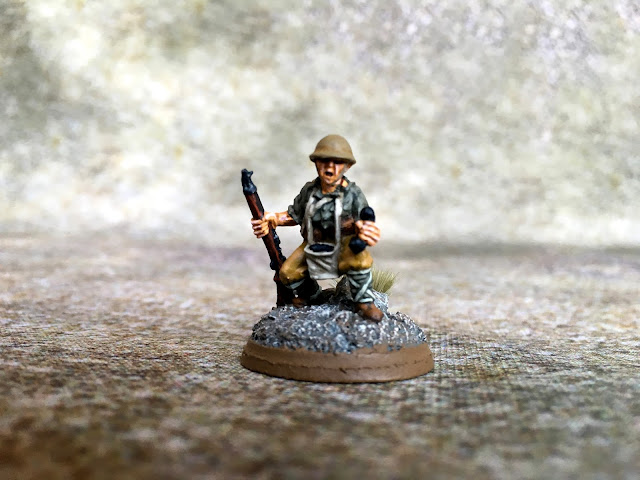 The field gun itself is a massive beast that barely fits on a 6x9 cm base.  Assembly was fairly straight forward if you follow Warlord's online instructions. 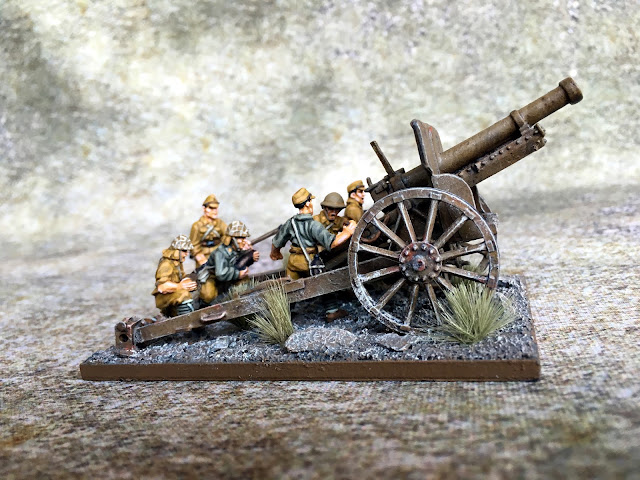 For me, the trickiest part of this was trying to texture the base with all the figures that need to be added. I ended up adding a few figures at a time, texturing and painting the ground as I worked front to back. There are a few spots where you can see the figures' bases,but I don't think it's too noticeable on casual inspection. 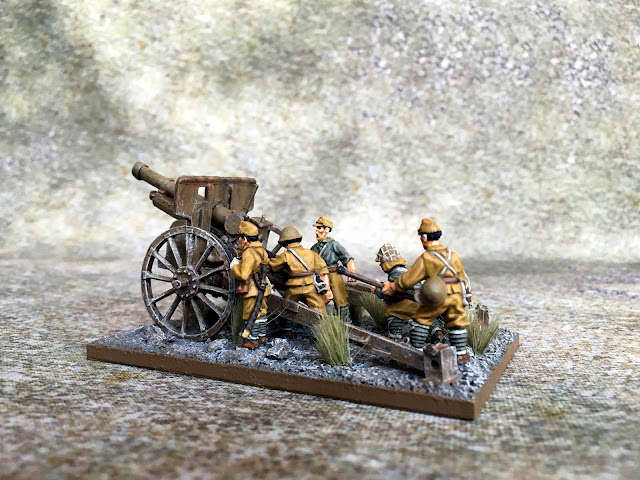 At this stage I just have a last infantry squad and a medium machine gun left, so looking forward to wrapping things up and trying them out against my Chinese nationalists.