My Nationalist Curtis Hawk II has been paroling the skies of China unmolested for a while now, so I figured it was time to get a Japanese aircraft and make things a little more dangerous.  While other Japanese WWII planes tend to get all the attention, I have to admit I'm a sucker for biplanes. As such, I've chosen a Kawasaki Ki-10-II (Allied code name "Perry"). 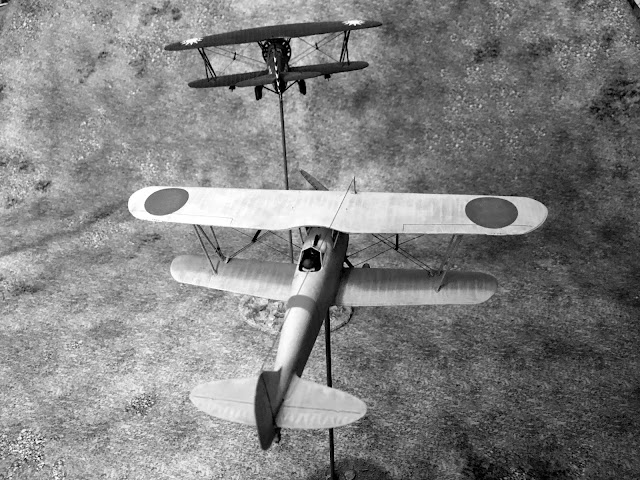 This particular kit is a 1:48 Fine Molds model obtained from Hobby Link Japan.  Fine Molds makes three variants of this plane, and I've gone with Capt. Tateo Kato's fighter seen over China in 1938. 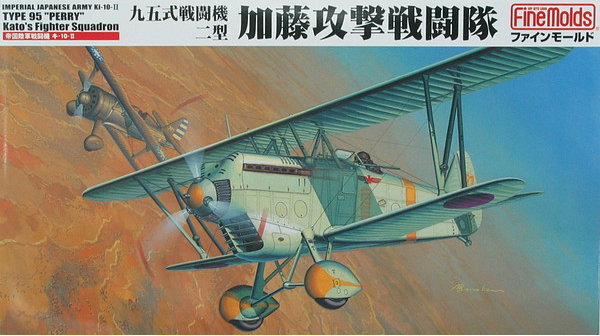 Overall this is a very nice kit that I was able to assemble over a weekend. There was some warping in the fuselage halves, and I had to shave one of the support beams to get it to fit into its slot, but nothing atypical for plastic biplane models. The wire support cables and spreader bars were not included with the kit, but I had plenty of items in the bits box to take care of that. 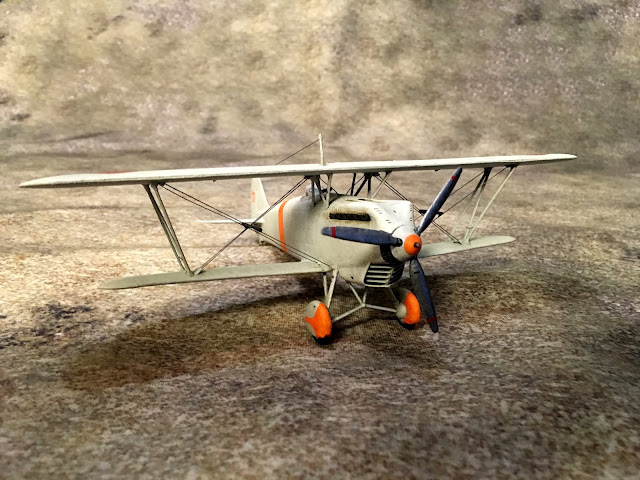 The most difficult part of the build was applying the orange decals to the landing gear.  The kits gives you the option of two Ki-10 variants, one with covered wheels and one with open wheels.  I opted for covered and found that the decals were rather thick and the edges did not want to lay flat on the curved cover, even with a generous treatment of Micro Sol. I could tell the edges were going to crack and flake off over time, so decided to cover then with a film of superglue and run some orange paint over the seams.  The leading edge of the wheel cover looks a little bumpy as a result, but better than the alternative. 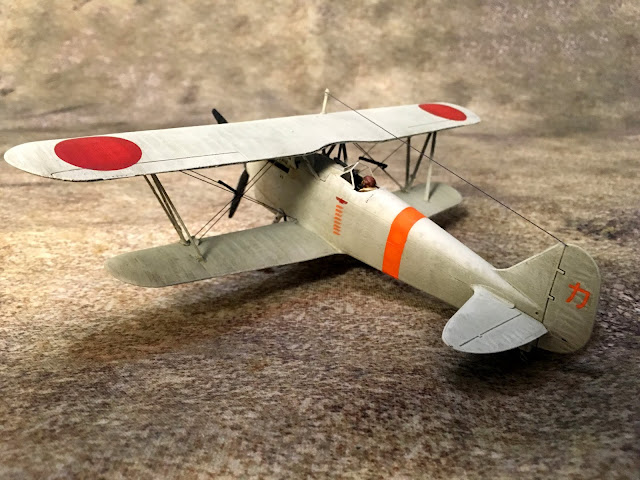 As with my other planes, I wanted to be able to display this on the ground or mounted to a flight stand. To accommodate this, I drilled a hole under the wings and built a sleeve of small washers to hold the brass rod.  This will keep the plane from tipping on the stand and prevent additional wear and cracking around the opening. 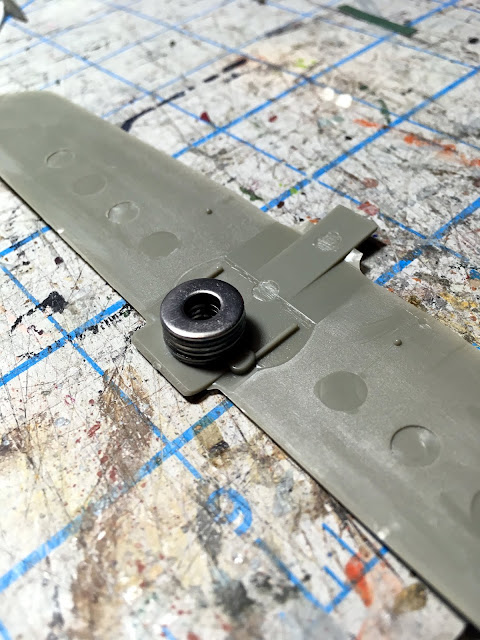 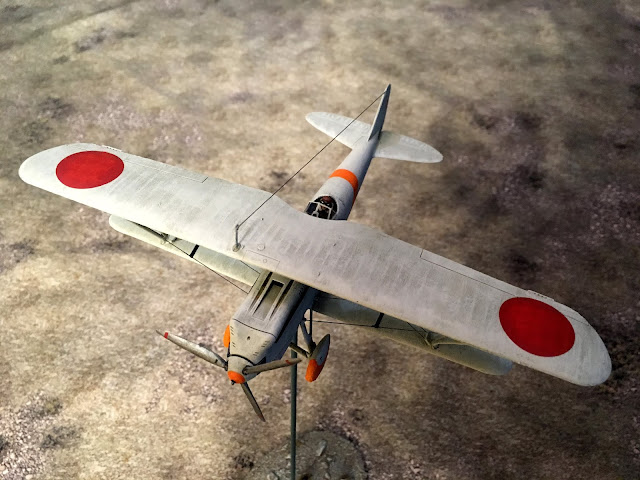 The kit included three figures: a seated pilot, a standing pilot, and a ground crew member working on a machine gun.  As a nice bonus, there were also some barrels, supplies, and a table with a few bottles of sake. I haven't assembled these yet, but think they will end up as some sort of objective marker in the future. 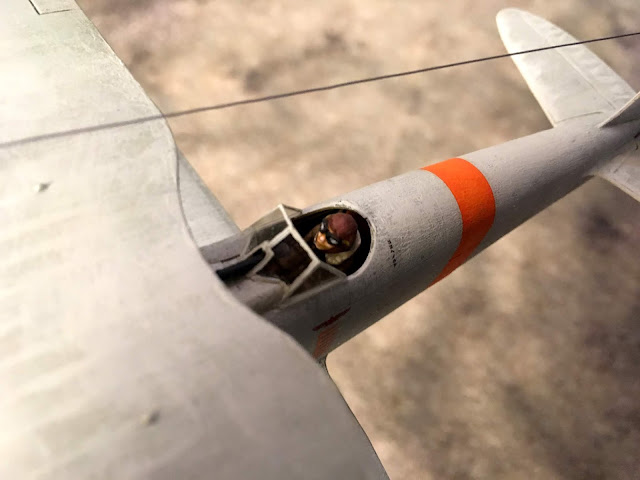 I'm quite happy with the final product and can't wait for it to make an appearance on the the battlefield. 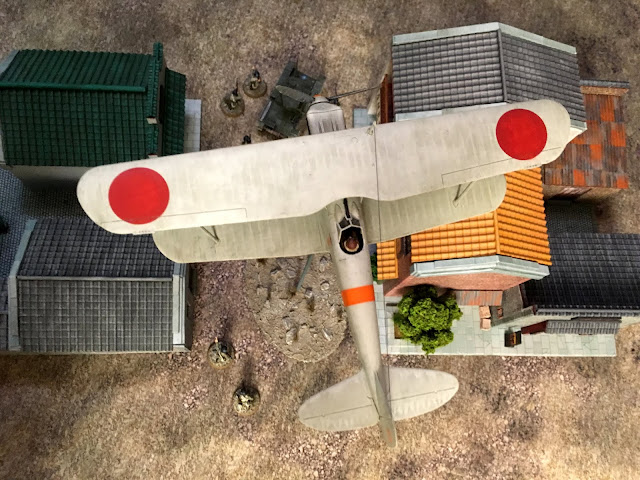 As my Chinese forces are now seeing more Bolt Action WW2 games rather than Back of Beyond, I figured it was time to upgrade their vehicles. Luckily Warlord had a sale a while back, so I picked up their 1/56 Sd.Kfz 221 armored car and T-26 light tank.

The resin body of the Sd.Kfz 221 was well cast, but I had some issues with the metal wheels not lining up evenly on the pegs, so it wobbles a bit on the table.  However, I don't think it's very noticeable when looking at it. I went with the historical grey color as seen on Tank Encyclopedia, but took a few liberties with the decal placement. 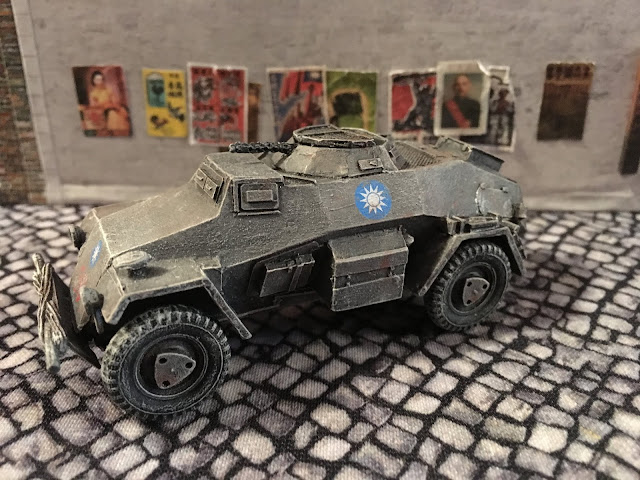 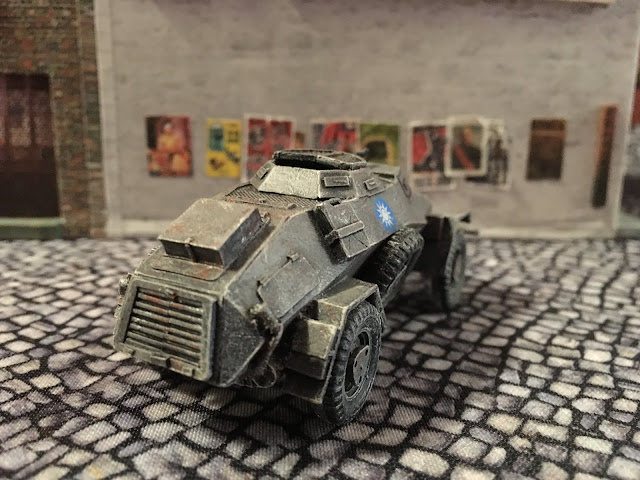 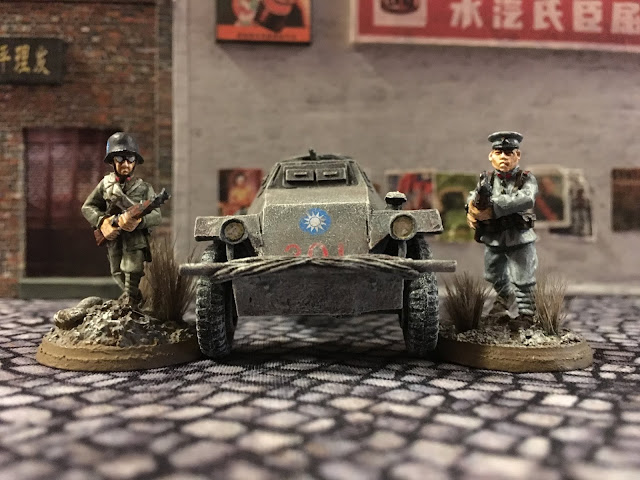 The T-26 resin elements required a fair amount of clean up (particularly the treads and the underside of the turret), but once that was done everything went together quite well. The treads are shared with the Vickers 6-ton model, so you will need to fill in the headlight holes on the front fenders.The paint scheme again follows the one presented on Tank Encyclopedia, though I have added a Chinese number 9 to the side, as it originally looked a bit dull. 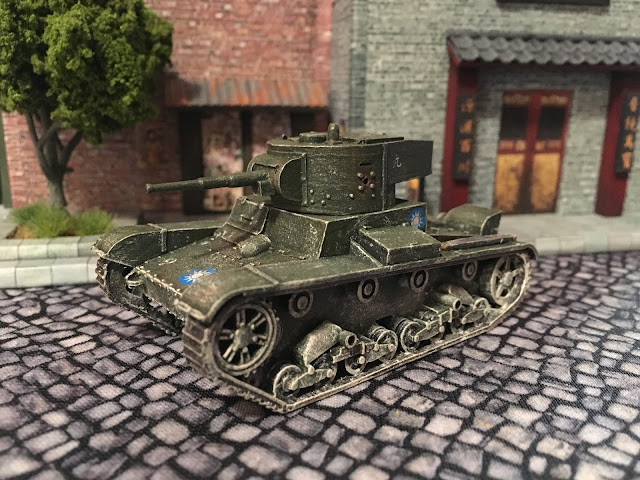 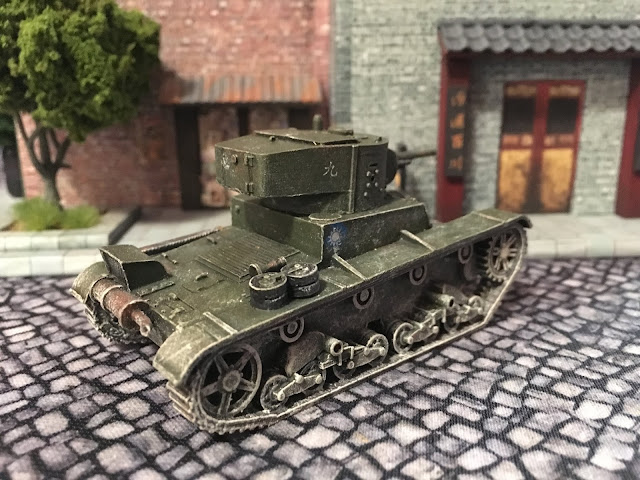 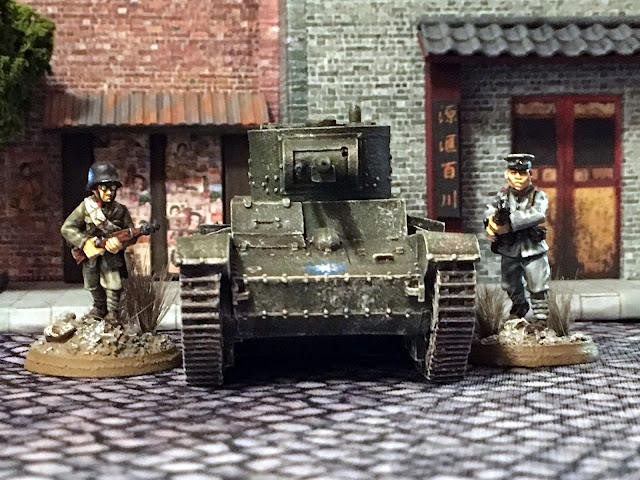 Overall, these were quick to paint up and I'm happy with the final results.