Some additional transport has arrived for my IJA troops in the form of a Type 1 Ho-Ha, the Japanese take on the Sd.Kfz.251 Hanomag. This particular model is from Company B and can be obtained in the US from Brigade Games. This kit was well cast and required only minimal clean up.

For the paint scheme, I've gone with a version seen in the Philippines in 1944. It's the same colors as my Chi-Ha, but with Midori-iro being the base color.

The kit does not include any instructions on where to mount the two included medium machine guns, but the Company B site shows one on a pintle mount between the two forward seats.  However, the Tank Encyclopedia article states there were two forward pintle mounts behind the driver compartment, with a third in the back for anti-aircraft support. And to make it more complicated, the Bolt Action IJA book says there were hull mounted machine guns on each side, with a third on a pintle mount to the rear. Since the included pintles were of two different lengths and the interior already cramped, I opted to just pin the two guns to the doors on the side hulls. 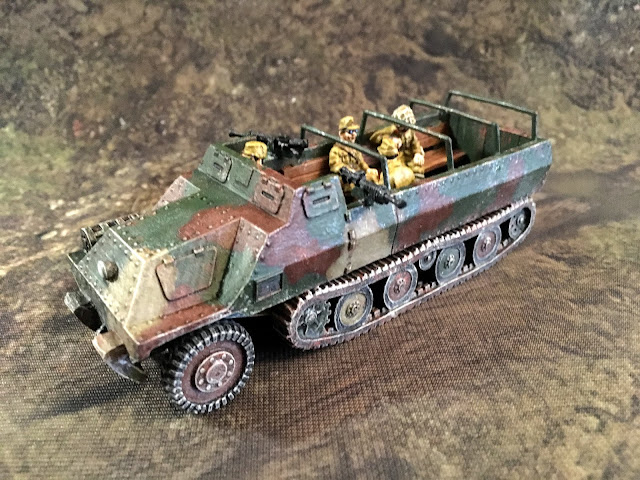 I thought a transport without anyone in the back would be visually dull, so decided to buy some seated soldiers.  Unfortunately, I could find no seated Japanese figures, so was forced to kit bash some Italians from Company B.  This was done but swapping out the heads with some Warlord plastic Japanese heads and adding some additional gear.  One figure had a cast on steering wheel, so I removed the hands and added some plastic ones, along with a sword. The Company B seated figures are smaller than Warlord's (see the second photo with a British driver), so I had the cut down the sword by a few millimeters to keep it from looking grossly oversized. 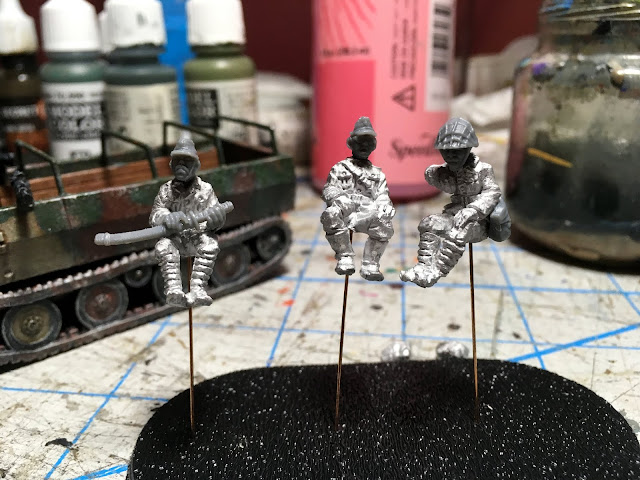 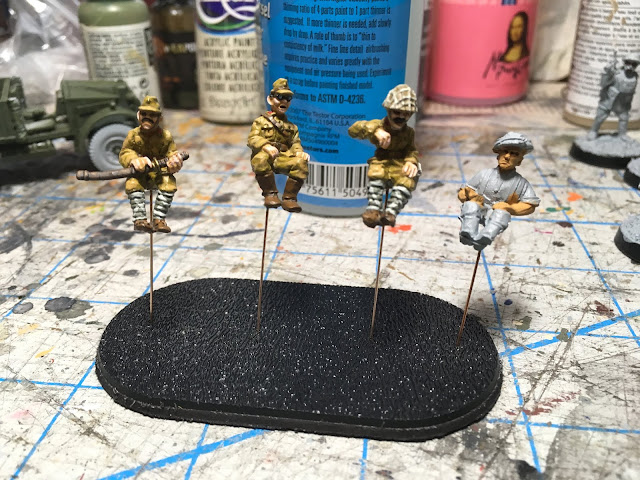 Once painted and inserted in the back, I think the kit bashing isn't too obvious. 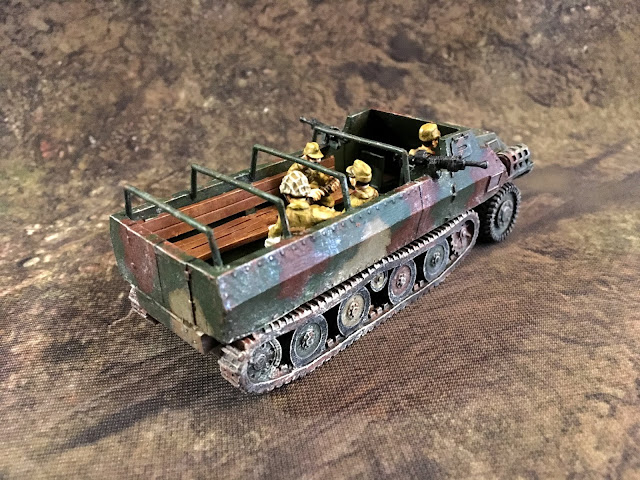 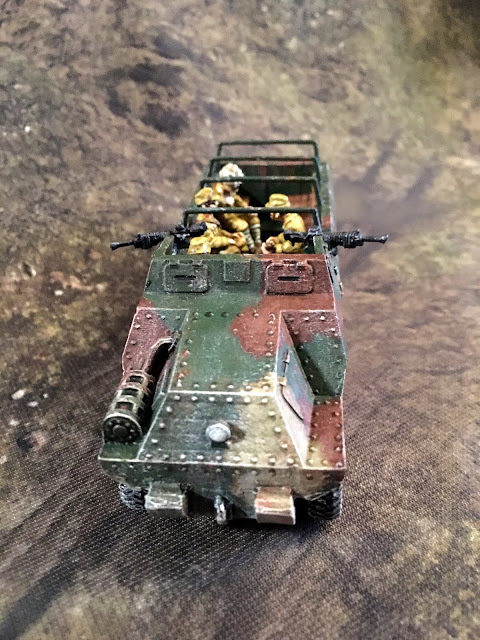 Overall, I'm happy with the final product and I think it will blend in well with my Warlord Japanese.
Posted by Major Thomas Foolery at 4:58 PM 6 comments: