The expansion of my Imperial Japanese Army for Bolt Action  continues with some additional reinforcements.

First up is a medium machine gun. I've opted to replace the original heads and instead use the foliage covered helmets. 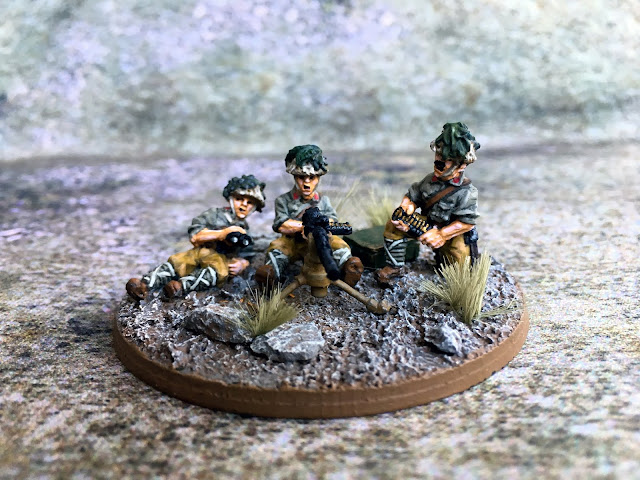 The base was looking a bit plain, so I added in a resin ammo crate and some brass rod clippings to simulate bullet casings. The figures were well cast and assembly was straightforward. 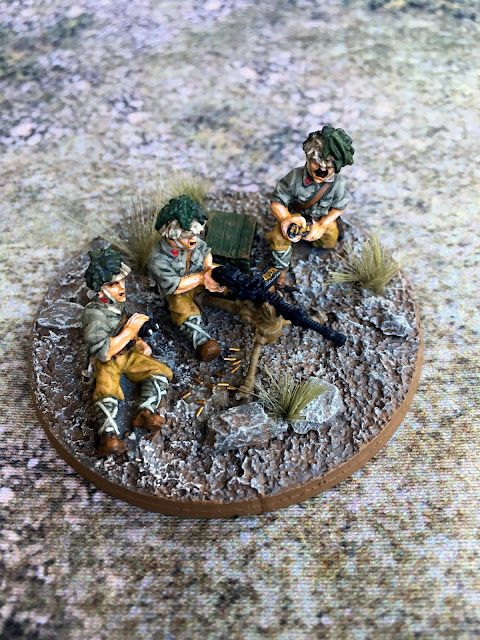 Next up is is squad of infantry in summer dress.  Unfortunately,  there were quite a few issues with this pack.  The casting quality was quite poor, with lots of flash and metal buildup under the arms and around the guns. As such, a lot of the webbing details were lost and had to be added back with paint. The contents were also improperly packed, with 11 figures instead of 10 (nice!), but only 9 Japanese heads (all field caps instead of the mix seen on the website) and a German head. Plus a few of the heads had so much flash on the face they were useless. Luckily I had some plastic Japanese heads left to swap in. 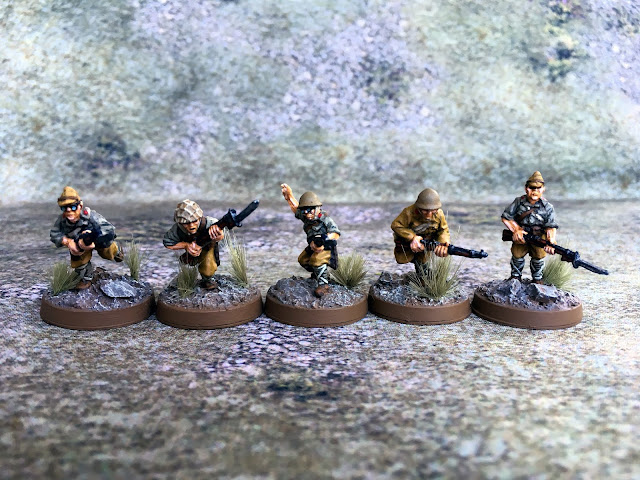 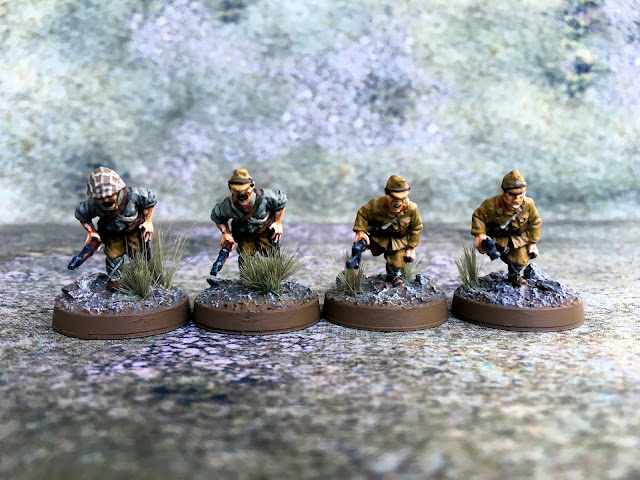 There were a few repeat bodies in the pack, but luckily the head variants help hide that.  To make and even 12-man unit, I also added in a plastic NCO with a SMG. 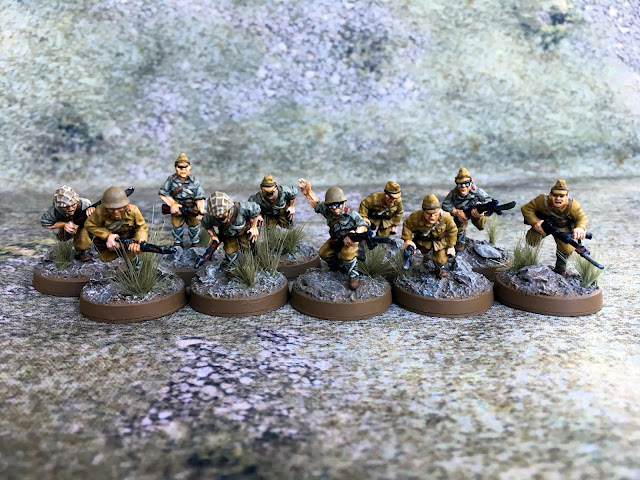 The light machine gun for the unit was also problematic. The barrel was shorter, with less detail and a chunky bipod, when compared to its plastic counterpart.  As such, I opted to cut off the original barrel and replace it with one from the plastic set. 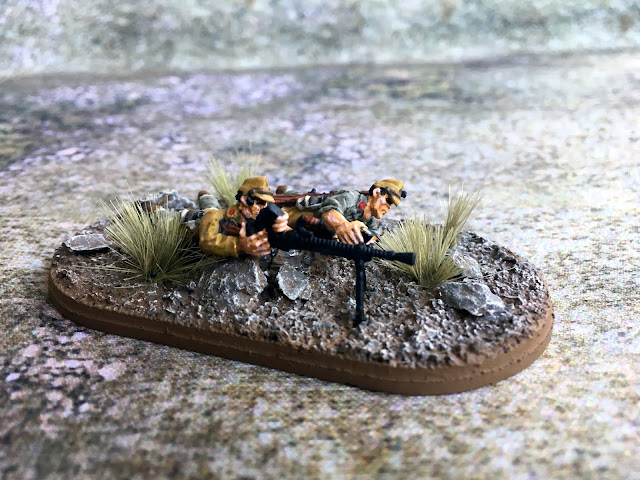 The body position of  of the gunner is also strange, with his back arched up in a way that looks unnatural. I opted to put some rocks under him and grass to his side in an attempt to hide this. 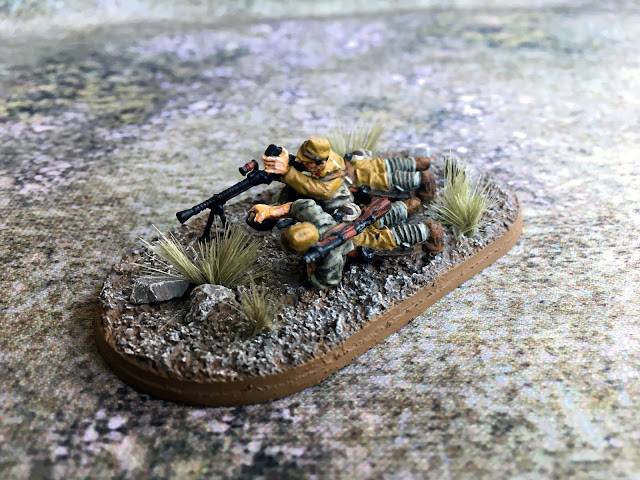 Last up is a Type 3 Chi-Nu medium tank. The Chi-Nu was not deployed outside of Japan, so it never actually saw service, but is a fun "what if" tank. I found the Warlord paint scheme to be a bit bland, so opted to use one from the tank encyclopedia. 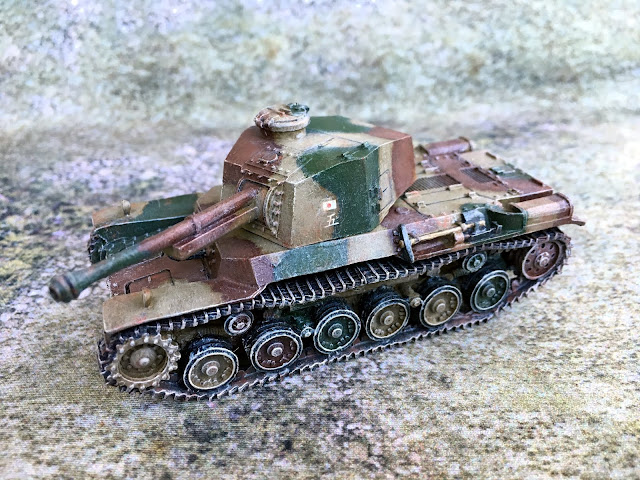 The body of the Chi-Nu is about the same size as the Chi-Ha, but with a much larger turret and gun. 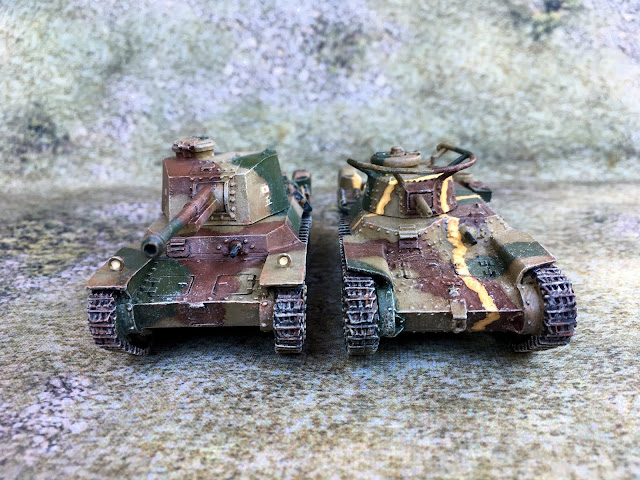 Overall, I'm happy with the additions, but would recommend you stick with the plastic Japanese infantry until Warlord remasters their infantry molds.
Posted by Major Thomas Foolery at 12:42 PM 4 comments: