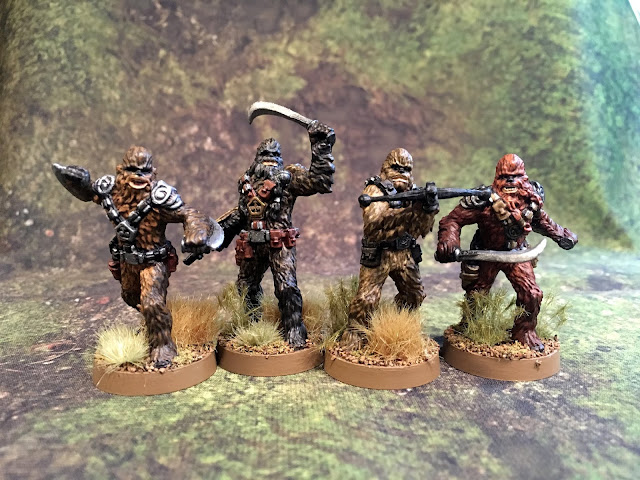 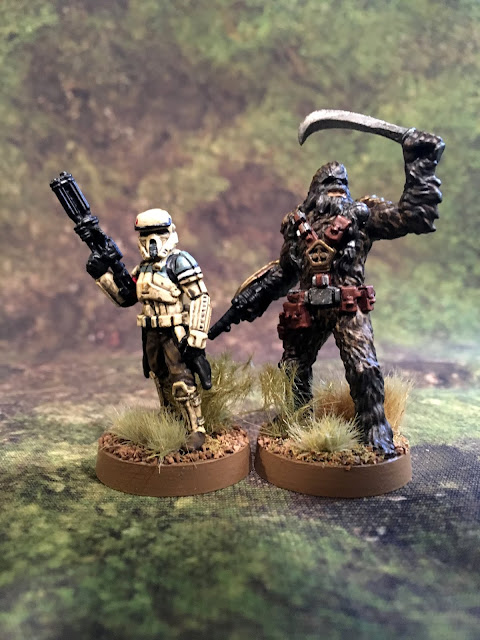 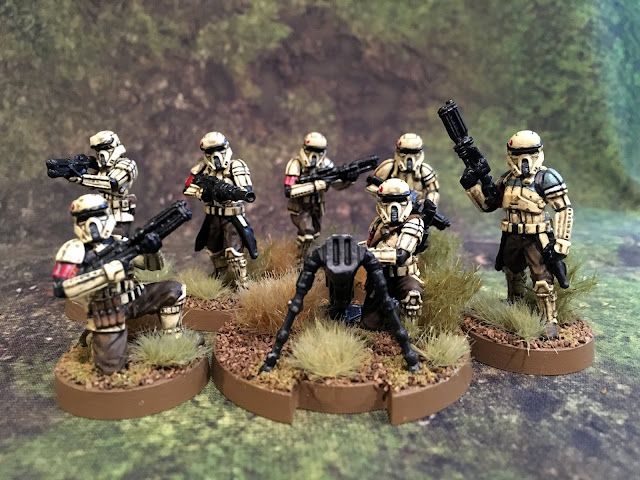 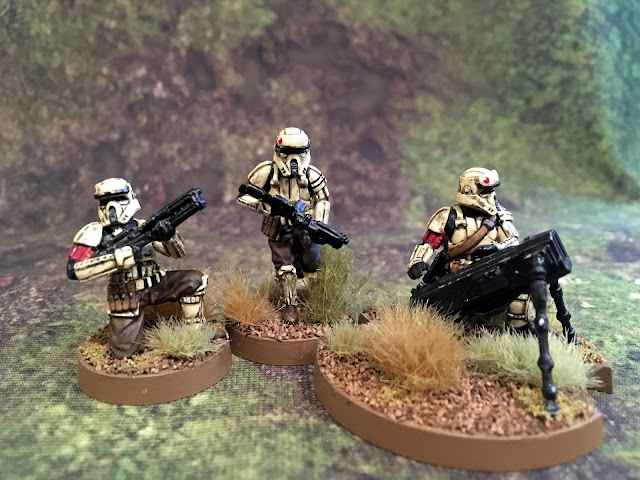 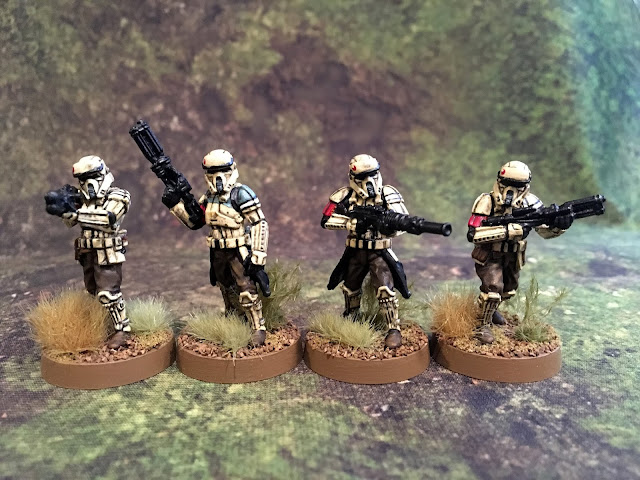 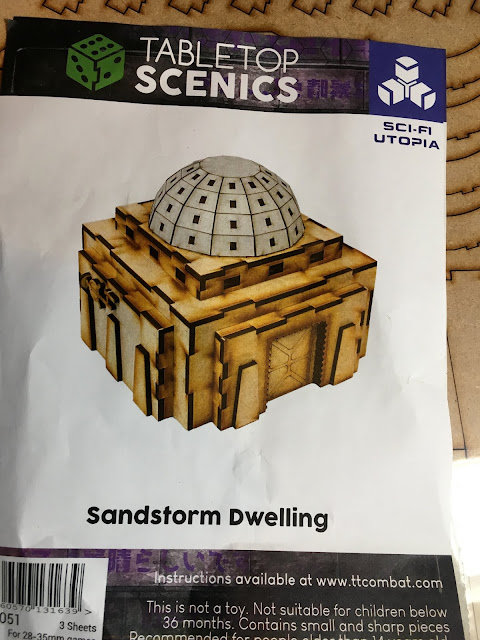 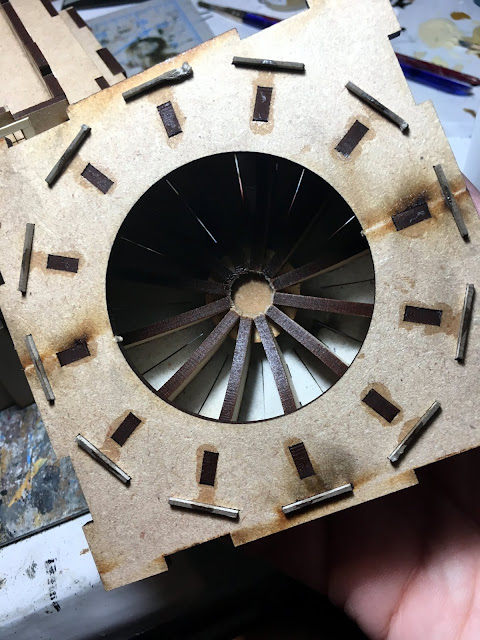 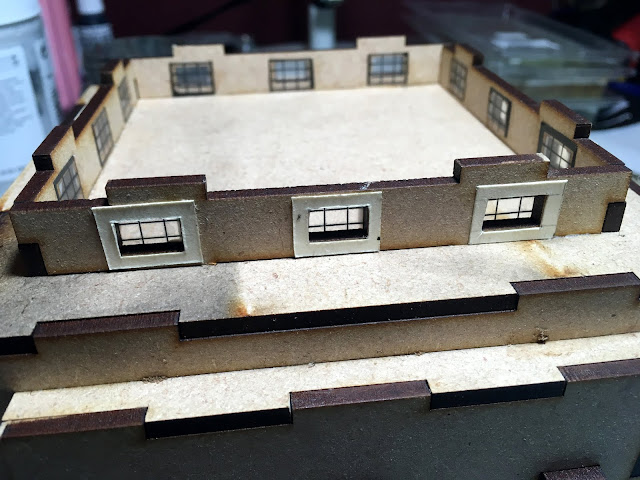 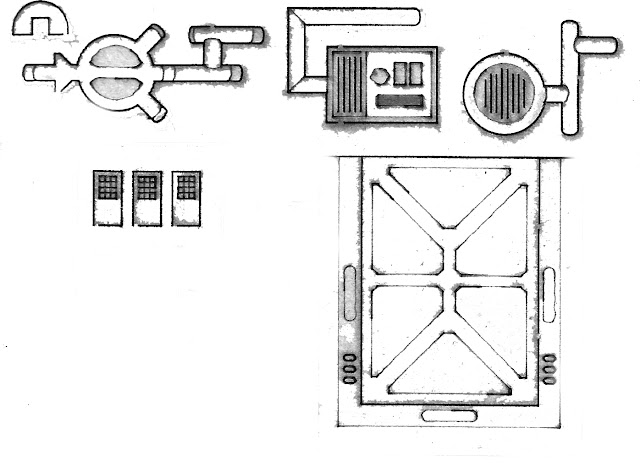 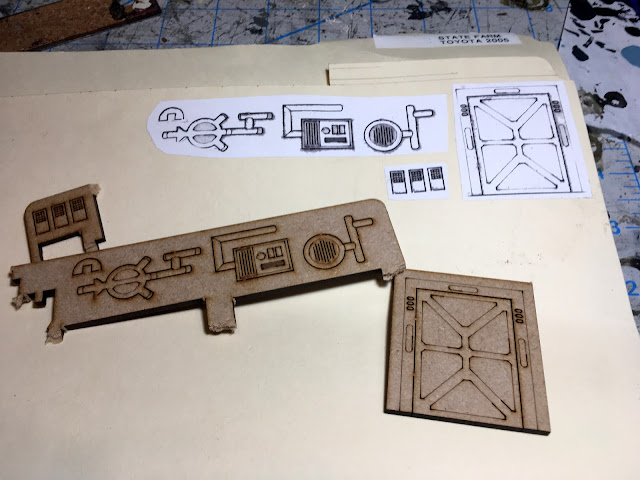 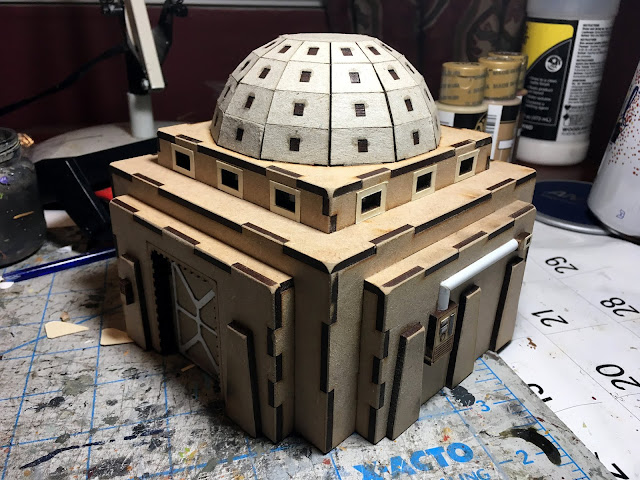 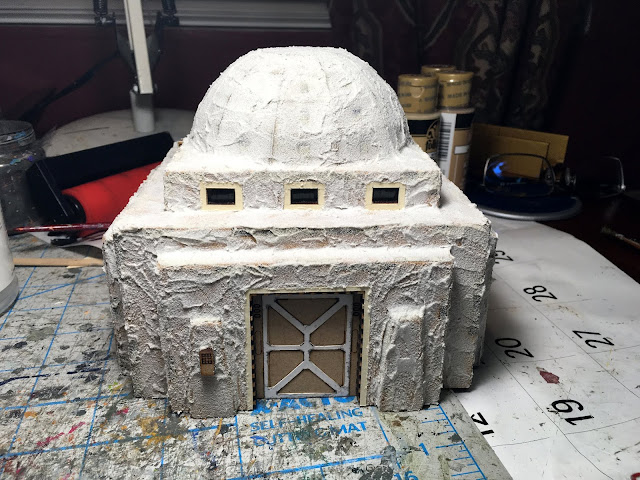 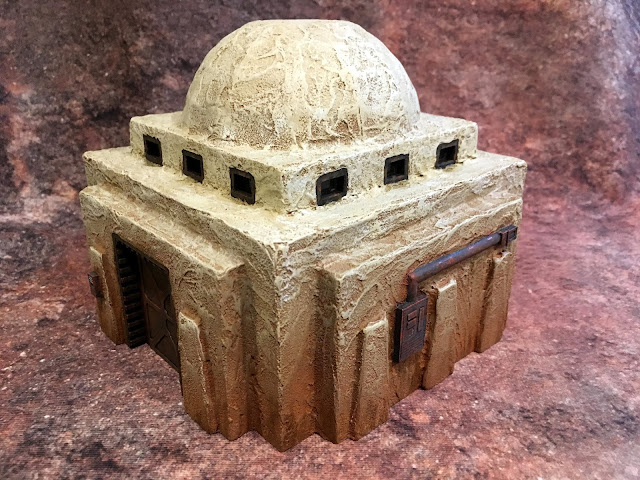 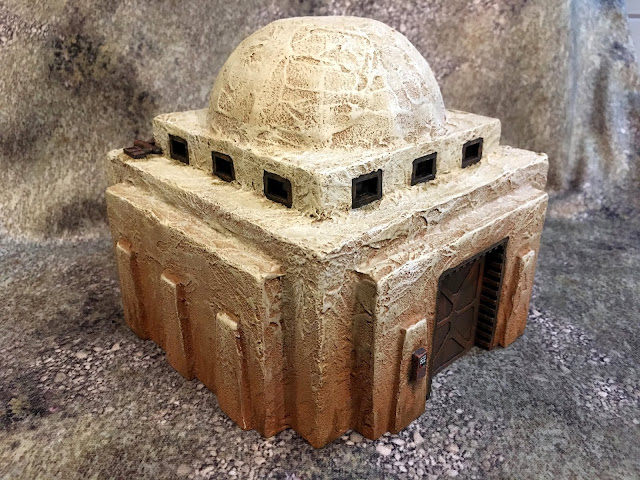 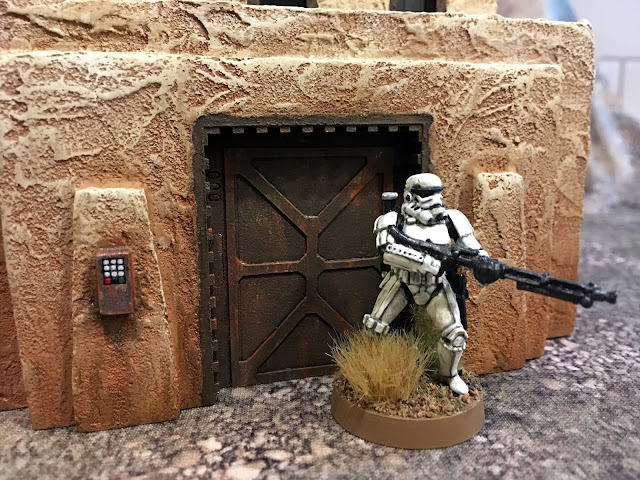 My youngest wants to try our first game this weekend, so hopefully everything will live up to his expectations.  Fingers crossed!
Posted by Major Thomas Foolery at 5:43 PM 6 comments:

With the release of the new Star Wars movie, my sons' enthusiasm for the series has returned.  I have been trying to get them back into wargaming (they lost interest in superhero battles, and historicals hasn't been a draw), so I thought Star Wars Legion might be the bait to do it. As such, I decided to take the plunge and ordered the core box along with a few add on units that interested the kids. There is still a lot of painting to do, but I've rushed out two core units and the commanders so we can try out a first game. 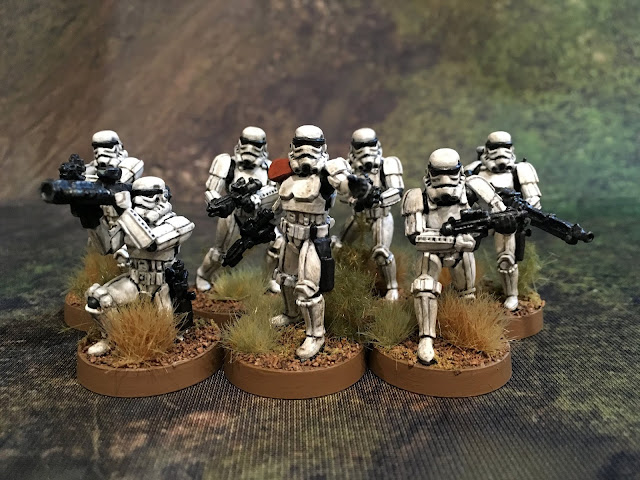 First up is a squad of stormtroopers. We decided our preference was for planetary battles rather than ship to ship actions, so we've gone with a battle ragged look rather than pristine white armor. 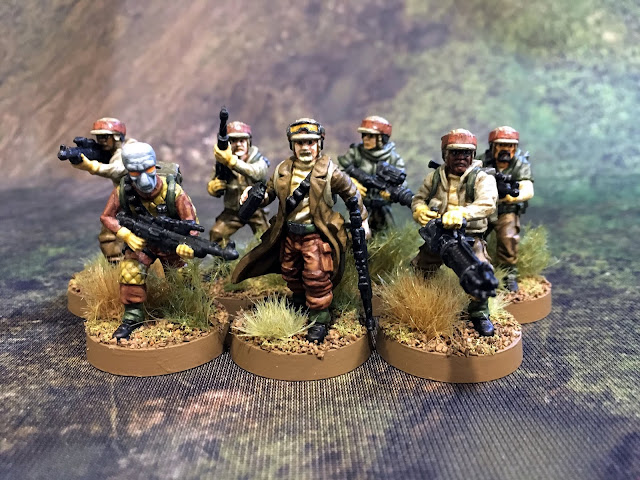 For the rebel troops, we used the Rogue One color schemes as inspiration, as we felt it fit a variety of terrain types.  When it comes time to paint the second unit, we'll likely use more greens to make them stand out from each other. 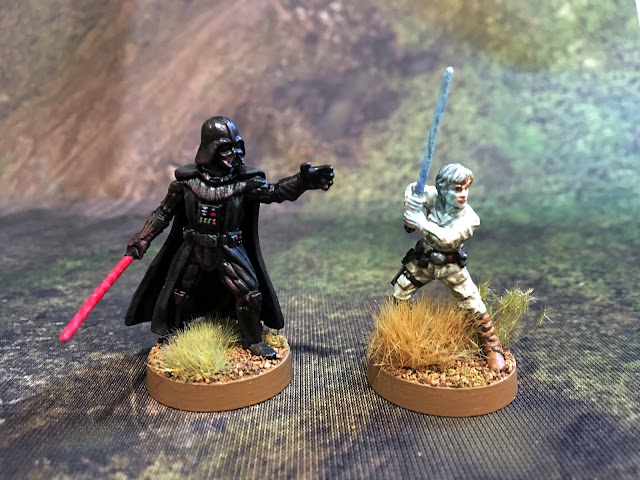 The most challenging elements for me to paint were the lightsabers for Darth Vader and Luke. I want it to feel like they are glowing, but on my first attempt the blades looked too light and washed out. As such, I decided to repaint them darker and instead try to add appropriate highlights to each figure to give the impression of reflected light.  I've never tried this technique before and I'm not sure I effectively pulled it off, but at this stage I'm just going to go with it. 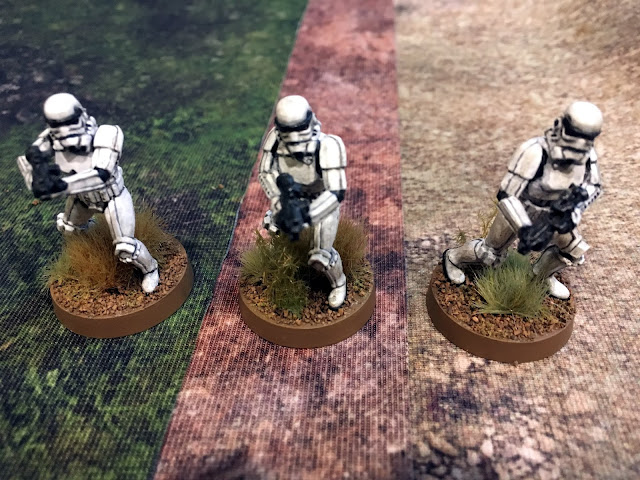 We wanted the bases to look good with a variety of game mats, so decided to use a neutral brown rock from Woodland Scenics and some Gamers Grass yellow-green toned tufts picked up at the local shop. This was my first time using Gamers Grass (previously I've used Army Painter and War World) and I have to say I wasn't as impressed with the quality when compared to the other companies' products. There seemed to be a lot of loose grass on each tuft and some of the grass strands were glued in at odd angles and didn't give the impression of growing out of the ground (all three varieties). As such, I've had to spend a lot of time trying to pull and cut those stray strands out of the tufts to make them look better. I'll continue to use them on the rest of the figures for constancy, but doubt I'll purchase them again.

All said and done, I'm happy overall with how everything came together. We hope to have our first test game with the simple rules soon, so fingers crossed I've done my job as a wargaming dad and will lure them back to the dark side.

Posted by Major Thomas Foolery at 11:20 AM 4 comments: