I'm back with the last of my terrain for Star Wars Legion. First up is a set of power generators produced by TTCombat. 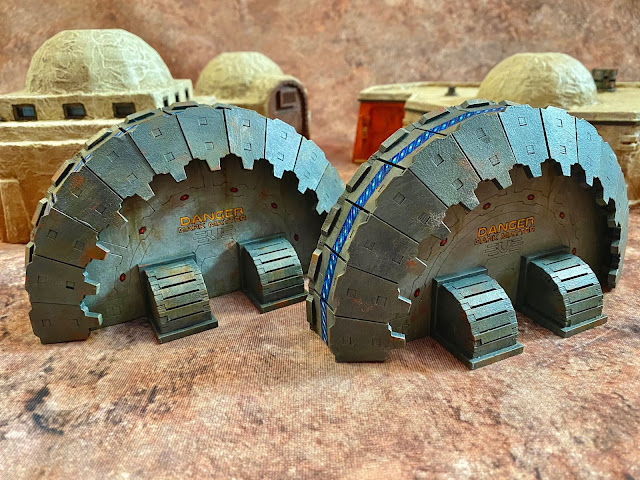 These are very nice kits that I was able to assemble and paint over the course of the day. Overall, the build was fairly straightforward other than Step 5 on the instructions. For these side pieces, there are actually 3 slightly different sizes used on the construction of the curve, but it's not called out on the frame or the instruction sheet. As such, I would dry fit everything before gluing. I also recommend painting as you build, as it will be difficult to get a brush in some of the areas after assembly. 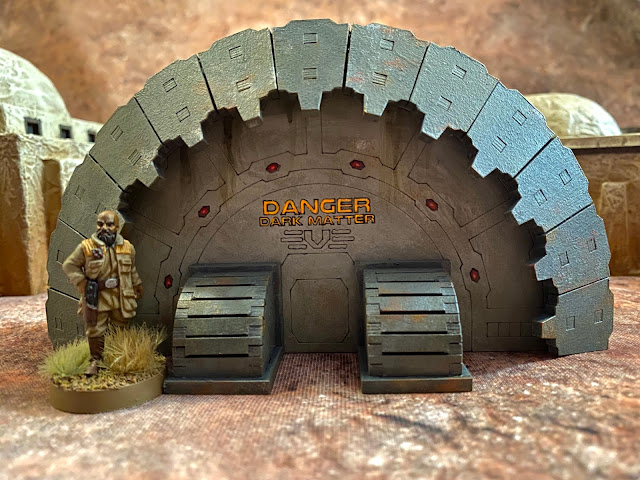 The size is listed as 28-32mm scale, and it looks suitably large enough next to a Star Wars Legion miniature.

Next up is the landing pad and cargo dock set from Sarissa which seems to be inspired by Scarif from StarWars: Rogue One. 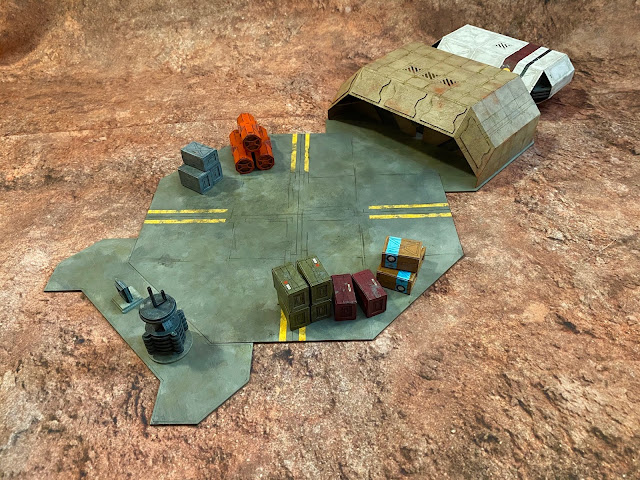 Though the set is listed as 28mm, Sarissa advertises it in their Sci-Fi: Legion 35mm area, so I assumed it would be large enough for the Star Wars miniatures.  Unfortunately that is not the case. A human will just squeeze under the roof of the cargo bay, but larger figures like wookies are too tall.  A 28mm figure looks fine (this example is from Reaper). 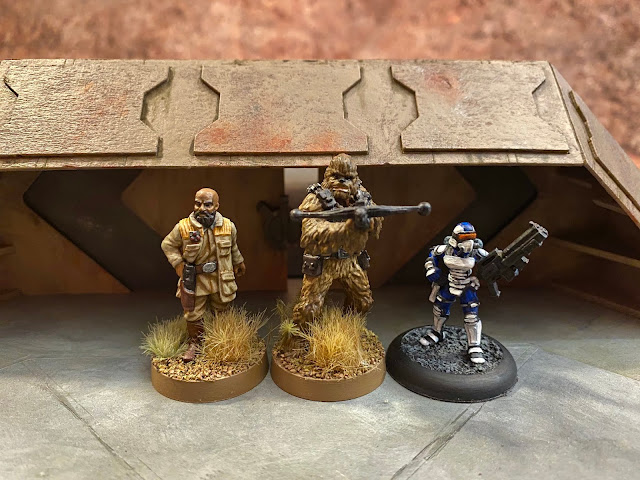 The monorail tram also looks woefully undersized next to Legion figures.  Why they didn't scale these items by about 120%, I have no idea, but I consider it a misstep on their part. 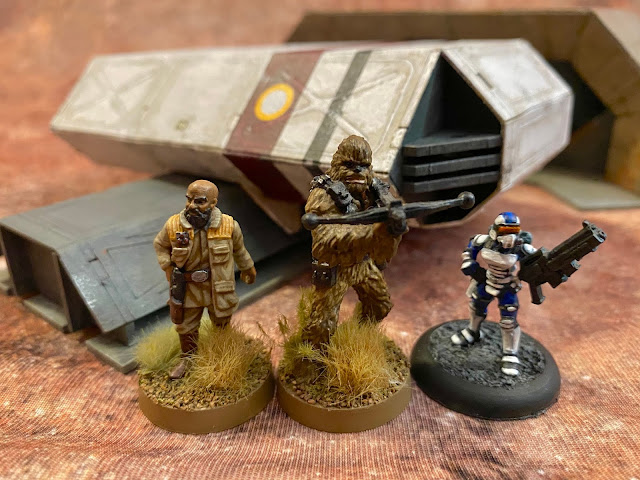 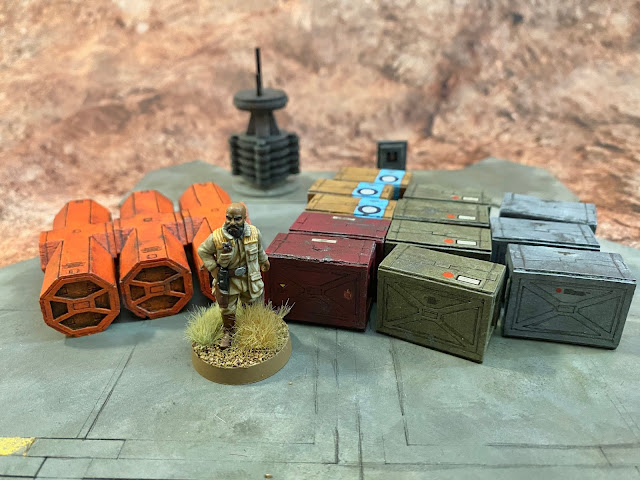 Another thing I found disappointing in this kit is the lack of details. This is the front door to the cargo bay, but there are no door controls to add on, or other details engraved into the MDF.  A good portion of the kit is also card rather than MDF, so the details printed on them are fairly shallow and not conducive to dry brushing. 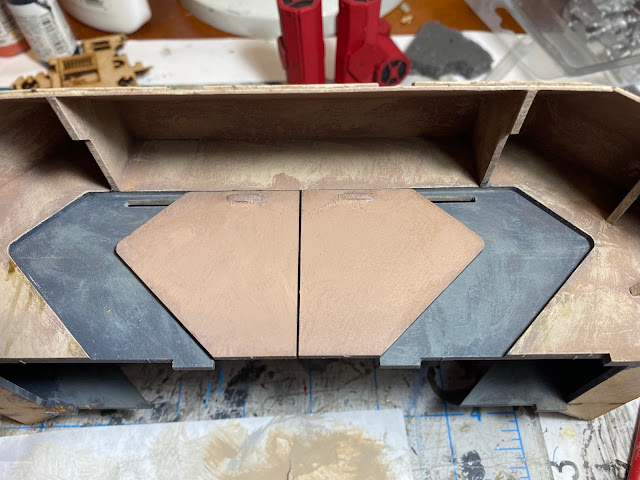 The drawing of the kit also suggests a good length of monorail track is included, but as you can see, that is not really the case.  It's only about half the length I expected. 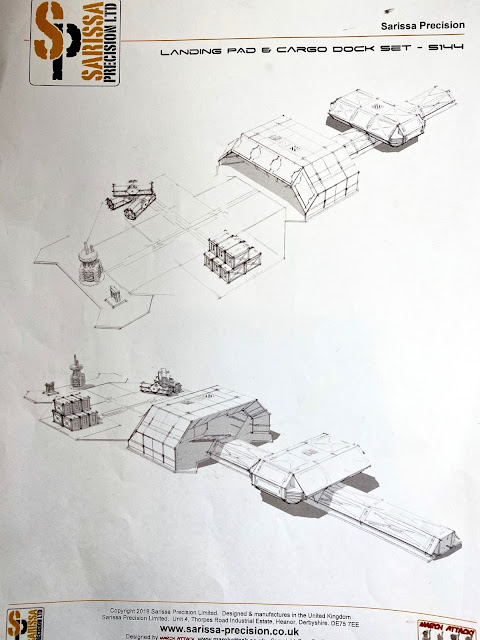 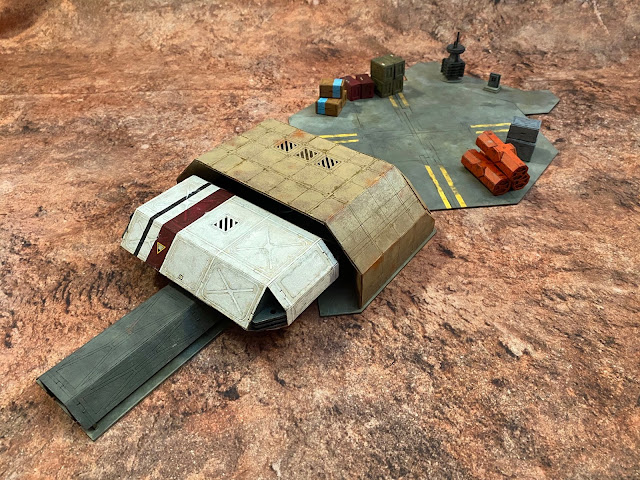 As I mentioned above, a good portion of the kit is actually card: the outer shells of the building, monorail track, tram, and cargo containers. To bring out the details and keep everything from looking really flat, you will need to ink all the seam lines, which is a time consuming process. 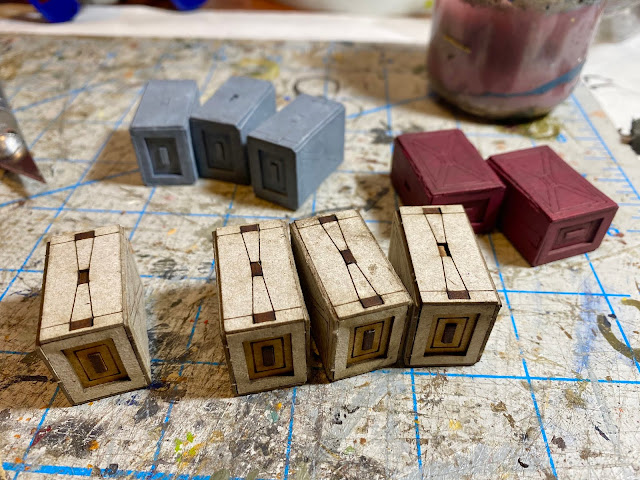 When folding the card, I found it was difficult to get really sharp edges (even with scoring) that fit on all the MDF pegs properly. As a result, many items, particular the cargo containers, had large gaps where the the card portions met.  Luckily they were on the bottoms, but they still had to be sealed with glue and hidden with paint and ink. 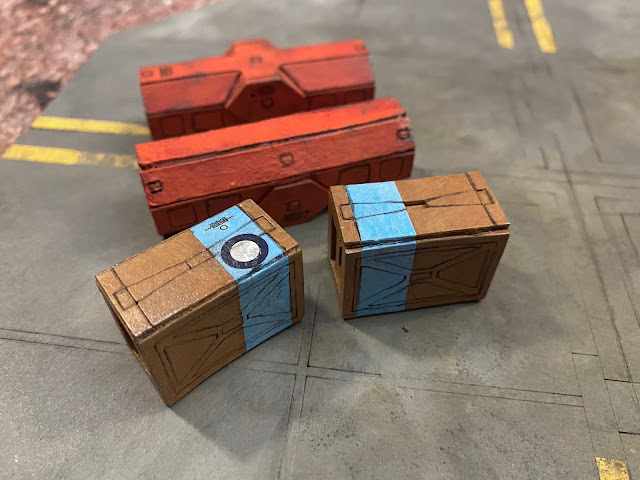 A major area of concern in terms of durability,is the bottom of the monorail tram. Not only are large areas left completely open, but the sled area for the track is made from card and has minimal support. As you can see below, the corner flanges are already bent and tearing just from assembly and painting. I fully expect this to eventually break from storage and play, and cannot understand why MDF was not used for this part. 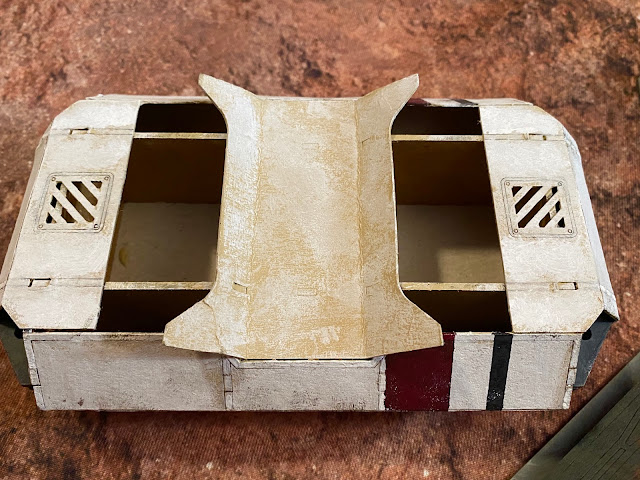 My final verdict is the the TTCombat kit is well done, but the Sarissa kit is mediocre at best and has a lot of deficiencies and missed opportunities.