Back again with some more Star Wars figures.  Theses are the Rebel and Imperial command add-ons. 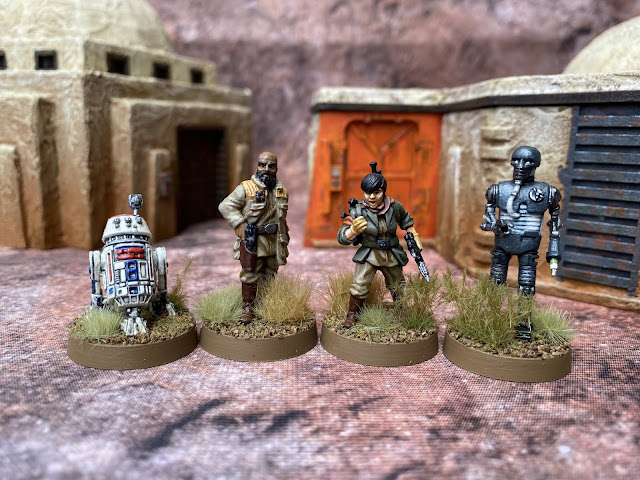 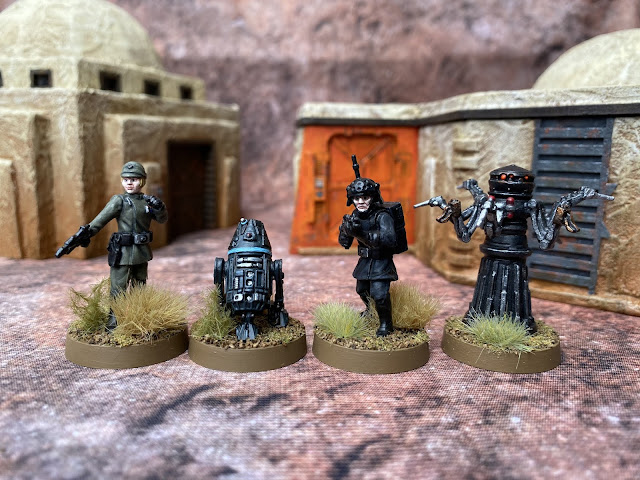 For the Imperial officer, I went with the green-gray worn by senior officers in A New Hope rather than the black worn by lower ranking officers. The Rebel command uniforms came in a variety of brown variants, but I opted again for the tan New Hope version with yellowish rather than rust colored shoulder patches. 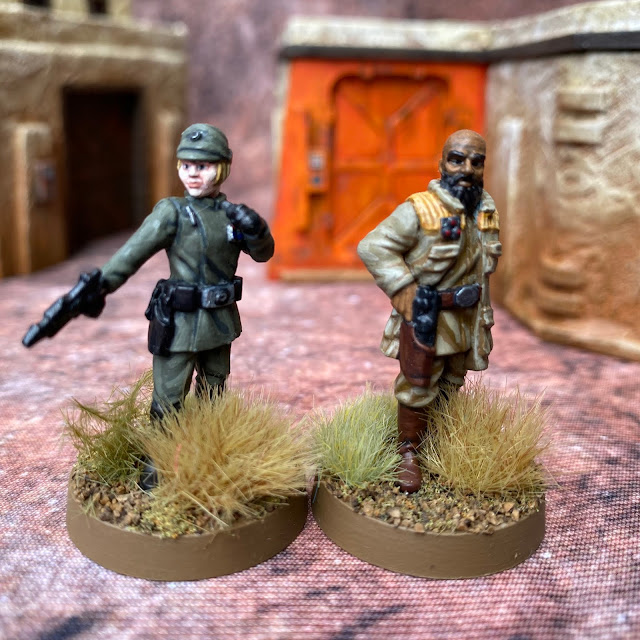 The Rebel comms tech wasn't panted according to any particular on-screen uniform; colors were chosen to match other troops in my force.  The Imperial comms tech is based on the standard black Imperial uniform.  To keep everything from looking too uniformly black, the tunic was highlighted with grays, the leather with browns, and the helmet with blues. 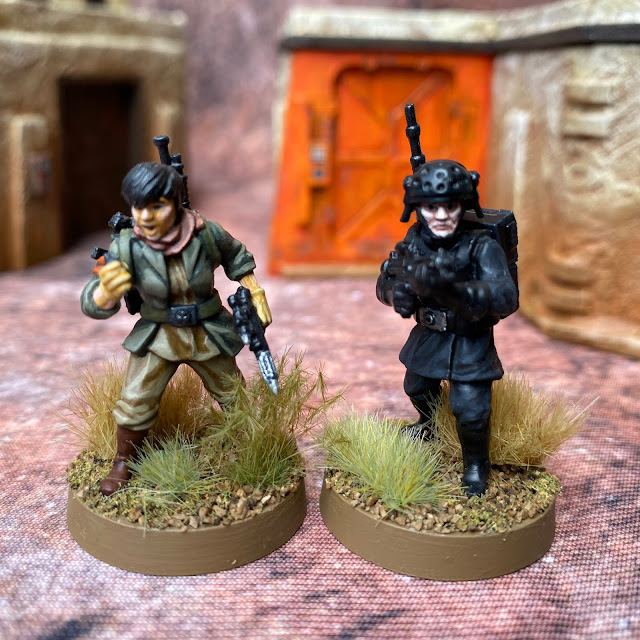 The astomech droids were painted as the classic R5-D4 from A New Hope and R4-I9 from the Star Wars Force Attax card game. 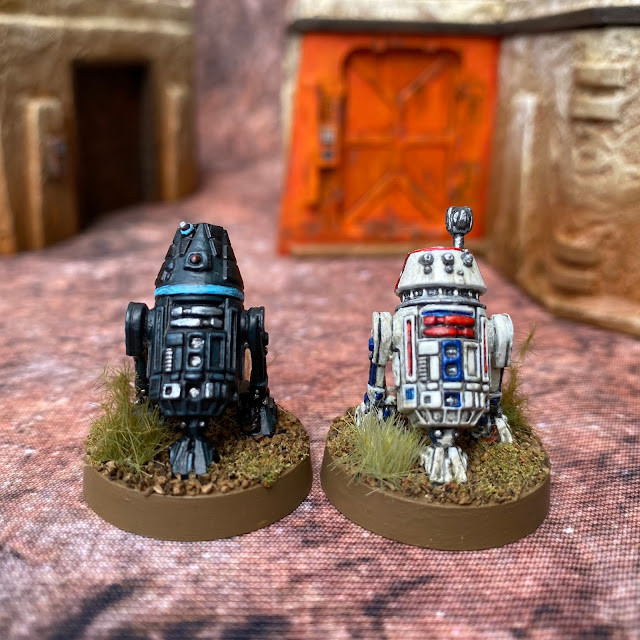 Finally, we have the two medical droids.  The 2-1B uses The Empire Strikes Back color-scheme.  I couldn't find a photo reference for the FX-9, so just opted for an overall dark metallic appearance. 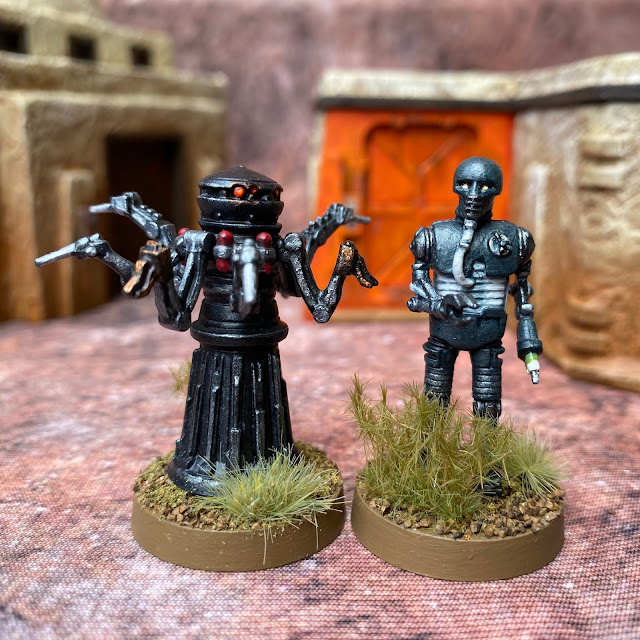