Back with some more Star Wars figures.  First up is the rebel AT-RT from the core set. 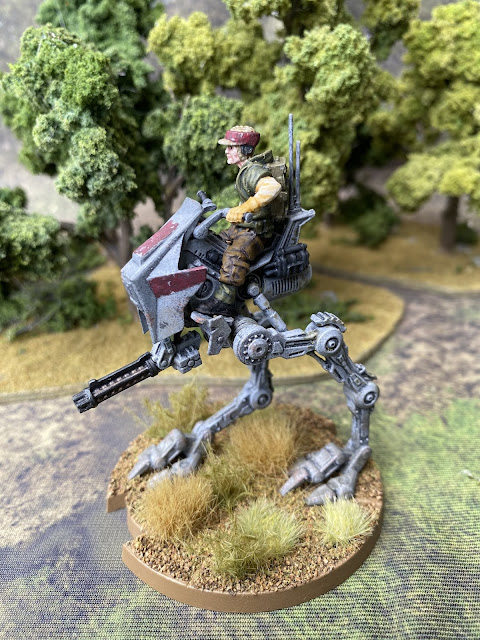 I did some experimenting with sponging and washes to give it a worn look. The was my first time using the sponge technique (usually I dry brush on my wear marks), and though its not perfect, I think it's ok for a first try. 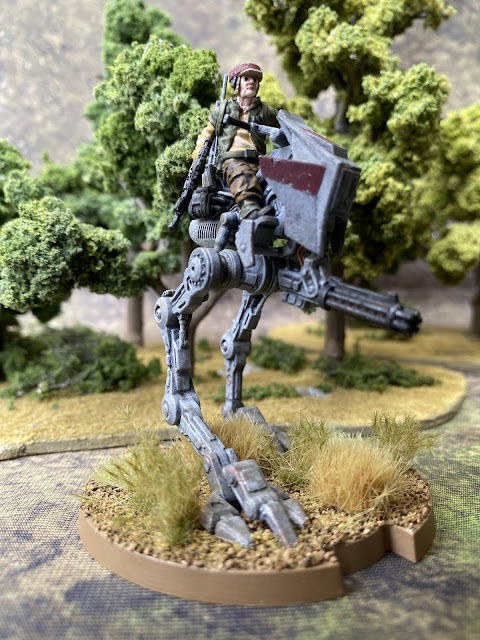 Next up are a couple of Operatives: Sabine Wren for the Rebels and Bossk for the Empire. Both figures are really well designed, and I like you get a few options to select from when building the figures. 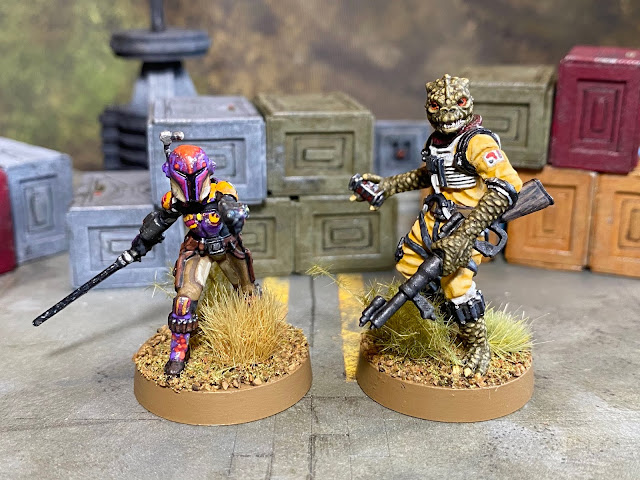 Having only seen one episode of Star Wars Rebels, I don't really know much about Sabine Wren, but I though the miniature looked cool. Searching online, it seems the painting on her armor changed on a regular basis, which created a lot of challenges/opportunities when selecting a paint scheme.  I ended up going with one that was credited to the 3rd season. 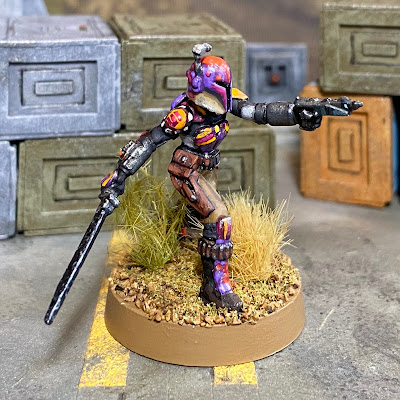 It was definitely a challenge trying to get all the details painted and I'm not completely happy with the owl insignia on her shoulder armor, but it was the best these aging eyes and hands could accomplish. 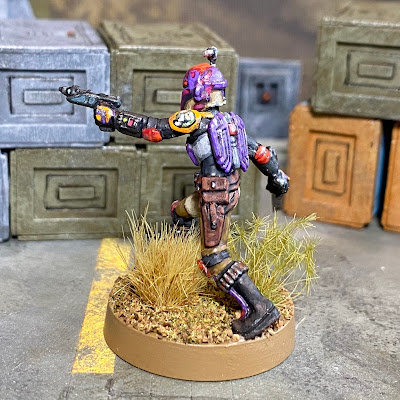 On the Imperial side, I had the choice between Bossk and Boba Fett at the shop, and thought Bossk was the better looking of the miniatures.  Plus, I've always loved the menacing appearance of the character since I saw Empire Strikes Back as a kid. 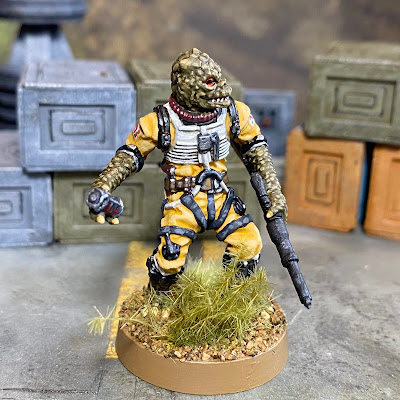 His skin tone came out a bit darker than I planned, as the original paint scheme didn't have enough pop when it came to his scales and I ran a sepia wash over him to better highlight them. However, I think the trade off was worth it and I think he's my favorite Legion figure that I've painted so far. 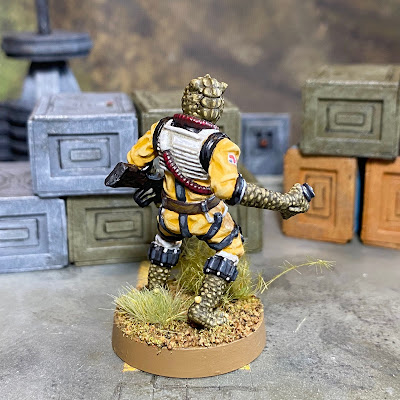 Posted by Major Thomas Foolery at 10:16 AM