I haven't painted any WWI figures in a while, so thought it was time to return to East Africa. Up first are some troops from the Indian 17th Cavalry. I'm ashamed to say these poor chaps from Brigade Games have sat half painted in the closet for almost 3 years, but I'm happy they are finally seeing the light of day.

Elements of 17th Cavalry A and B squadrons were assigned to patrol the border region of German and British East Africa in 1915 and saw combat in the Moshi area (where most of my East African campaigning is set). Back home, the 17th Cavalry later served in the Third Anglo-Afghan War and in Waziristan before being merged with the 37th Lancers in 1922. So they will be able to pull double duty when I'm playing in Back of Beyond games. 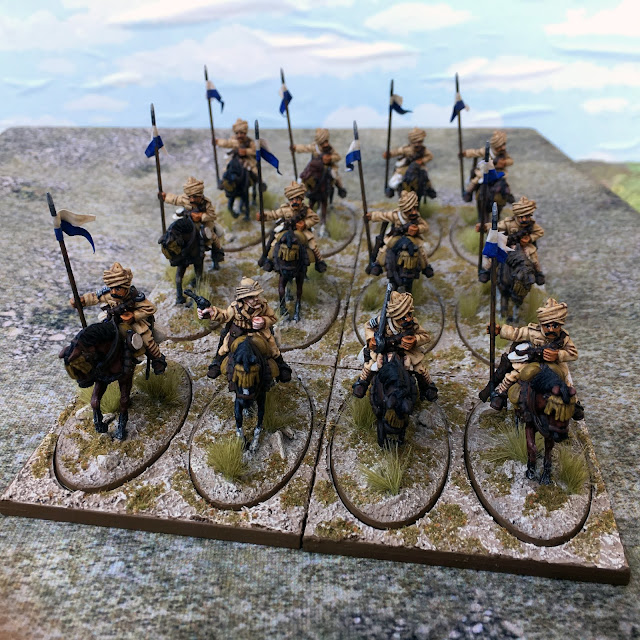 As is standard with their WWI line, the Brigade figures are beautifully sculpted and well cast. There are 3 horse poses, 3 troop poses, and 3 command figures available.  Certain figure/horse combinations can be a tight fit and may require some filing, so I suggest you dry fit everything first. Rifle holsters and scabbards are cast separately and need to be attached to the peg holes on the horses. I would add these after gluing down the figures. Lances are not supplied.

I don't know much about Indian cavalry, so when I first started this project, Mike Blake on LAF was kind enough to research the unit for me and determine they used white and blue pennons instead of the more common red/blue and red/white. He also established the lungi (cummerbund) was dark blue with light blue and gold. 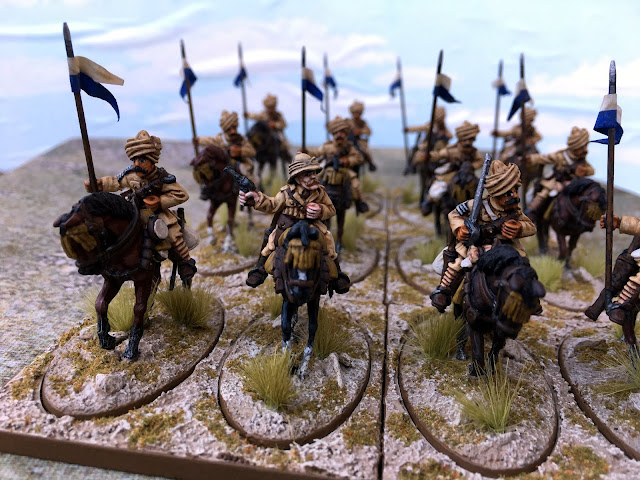 The command pack includes a British officer, a Dafadar, and a Lance-Dafadar. 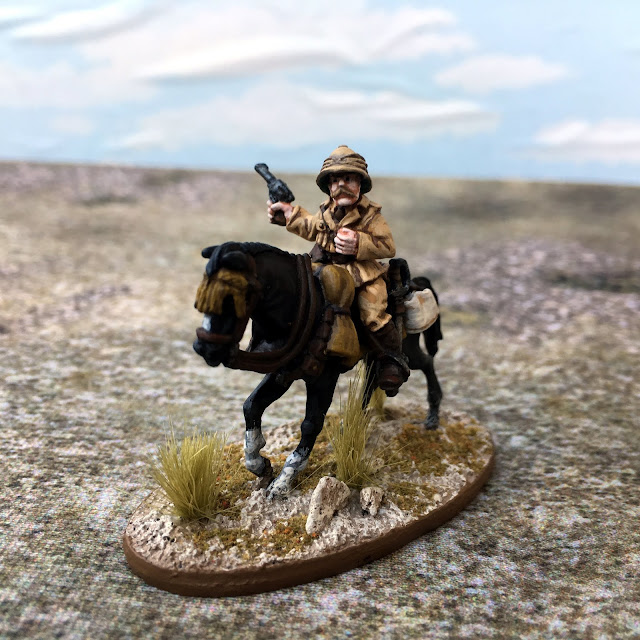 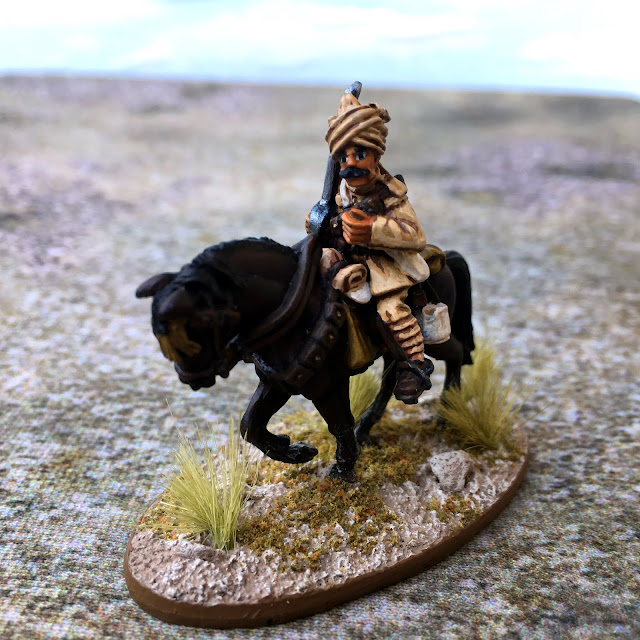 The Lance-Dafadar can be seen wearing the lungi. I didn't know the exact stripe pattern, so just made a guess at it. For the shoulder boards, the only example I found was from the Mysore Lancers; I'm hoping the colors were the same across units (please feel free to correct me if you know better). 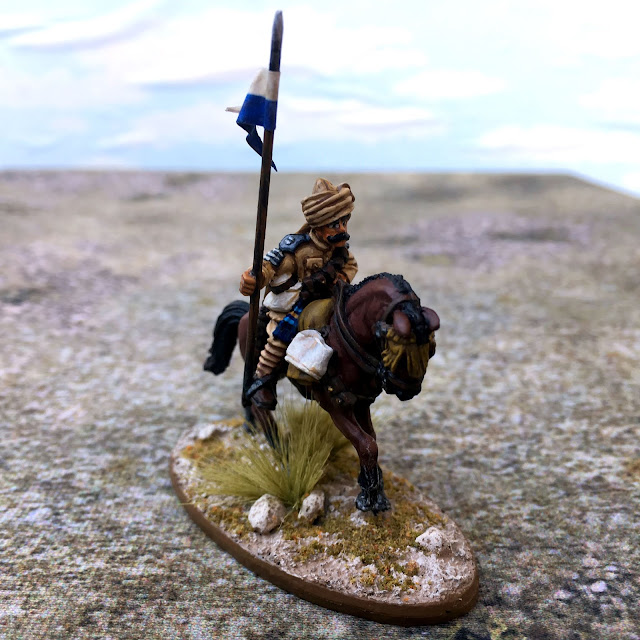 Here are the three trooper poses and the horse variants. It appears that during this time lances were made of either bamboo or ash; I've opted to go with ash for my unit. 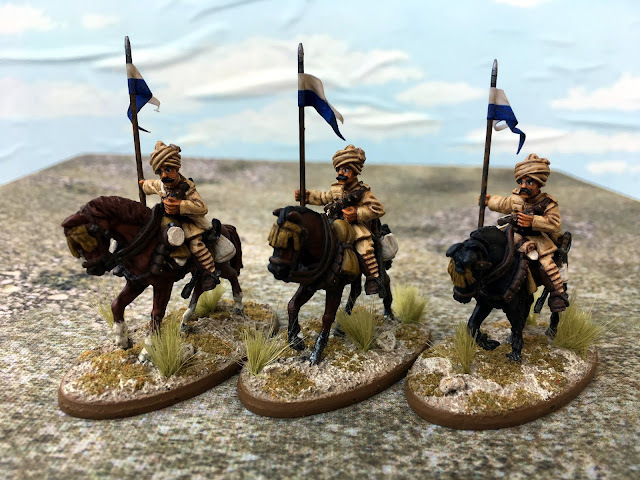 For those who want to paint up some Indian Cavalry of their own, I've included my 17th Cavalry pennon image along with some of the color variants used by other units. All are free for personal use.

Email ThisBlogThis!Share to TwitterShare to FacebookShare to Pinterest
Labels: Back of Beyond, Deutsch-Ostafrika, Flags, World War One