Well, it took a bit longer than I planned, but I finally completed the paper kit of Iglesia de la Asunción from Tobarra, Spain to use as the church in San Cristóbal, Golfonseca.

The kit was originally designed to be built completely out of paper, but I felt that would not be sturdy enough for gaming. As such, the majority of the walls are built on to 1.5mm thick art board, and things like the roof tiles and buttresses were pasted on to cut up manila folders.  I would have liked to used thicker card for these elements, but it would have been very difficult to work with, especially for the curved roof of the bell tower. To compensate for that, I did build some card spines for under some roof elements to make them sturdier.

For anyone else who wants to build this kit onto card, I would suggest you print out doubles of the wall elements. Use one set to guide cutting the card, and then the other for the final wrap of the walls.  The reason for this is you will need to trim the card to get the elements to fit behind the paper properly.For example, in the octagon section of the bell tower, I glued four walls to the paper cover and assembled the section.  I then measured the remaining spaces for last four walls and trimmed accordingly before sliding them in behind the paper and adding the roof.

On very interesting thing about this building, is that it is asymmetrical and other than the bell tower, I don't think it has any 90° angles on the corners. Looking at Google Street view of the real church, it seems to be squeezed in between several other buildings that may have forced this shape.

The church ended up being a lot larger than I expected; the base plate is 28.5cm x 20cm, and the bell tower is about 26cm high.  It towers over my other buildings and in reality is probably a bit too grand for a village the size of San Cristóbal.  However,looking at my 15mm figures and where the door handles are, I think it is in the correct scale. 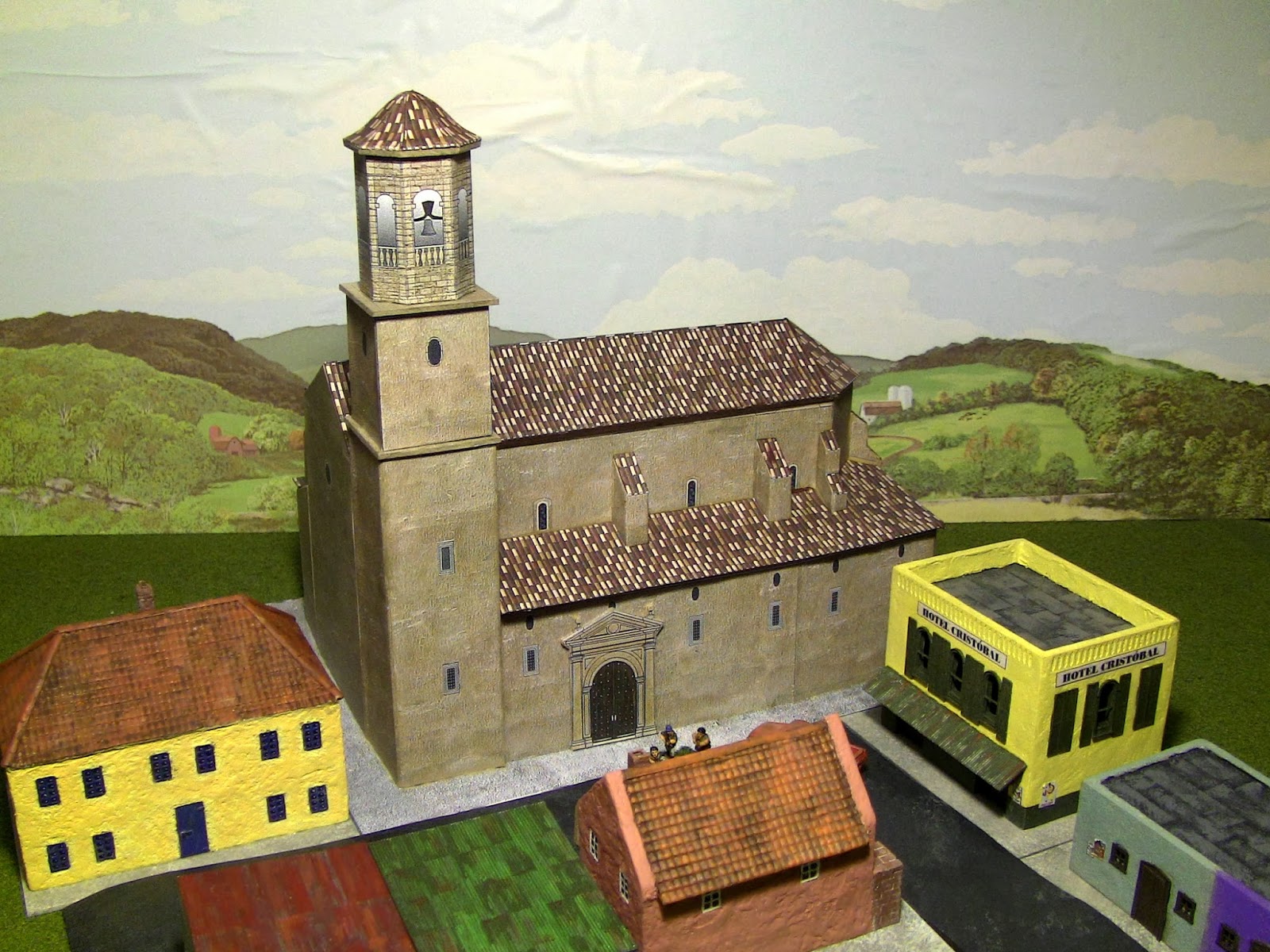 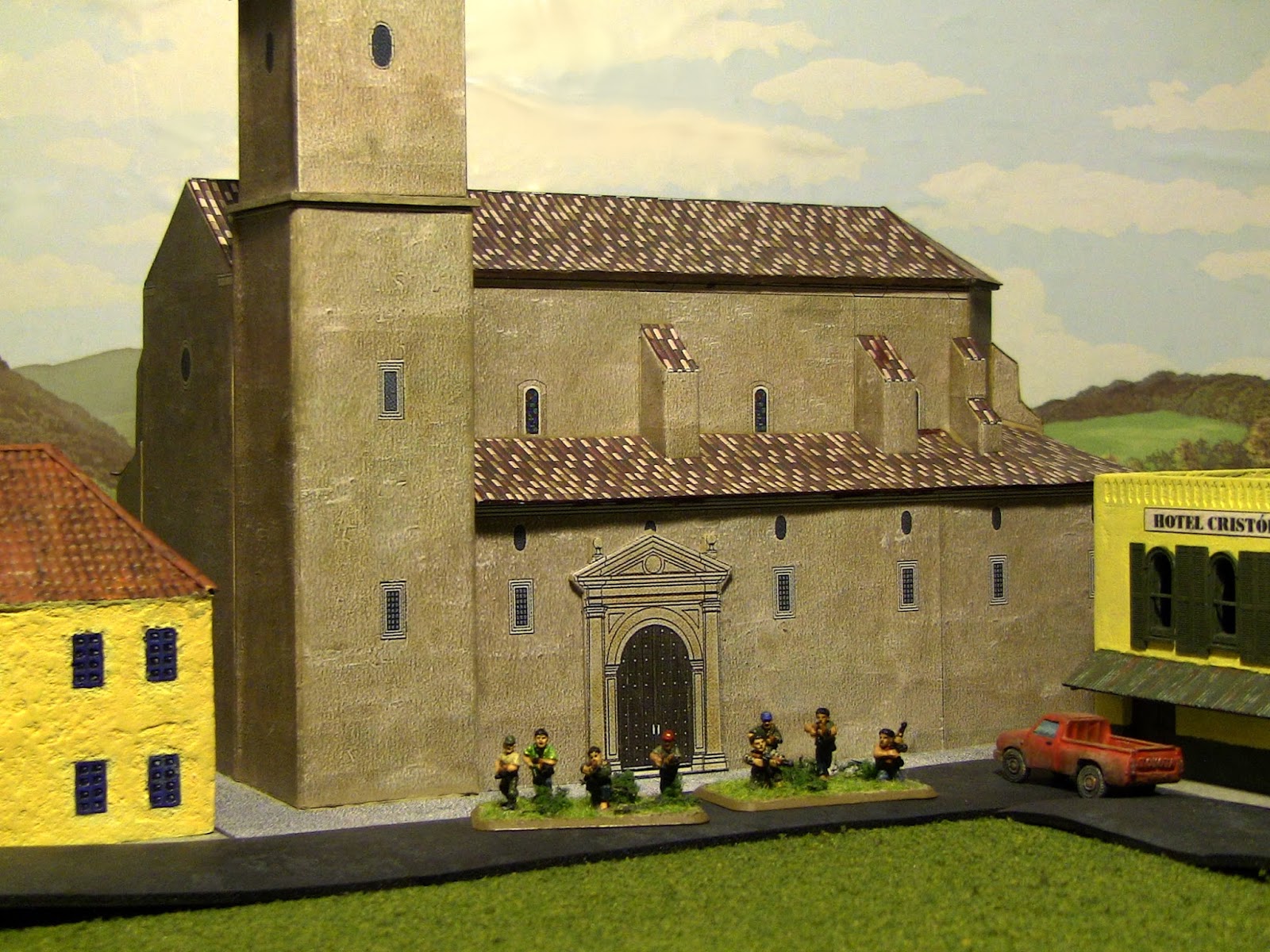 This was a fun project and I'm happy with the final results.
Posted by Major Thomas Foolery at 12:07 PM