While I had a fair amount of urban/village terrain for my Mali wargaming, I wanted to have more options for battles out in the countryside. In 2013, French and Chadian forces fought against the Islamist insurgents in the Tigharghar (Tegharaghar) Mountains of northern Mali during the Battle of Ifoghas, and I wanted to look for terrain that would be appropriate. The major terrain feature for this area appeared to be large piles of black basalt rock.
I considered making terrain for this out of high density foam, but was concerned that the tall rock spires needed wouldn't hold up well during transport between home and the gaming store.  Looking around for 3D prints, I found the eBay store for Terrainify and thought their Craggy Hills Outcroppings would  meet my needs.  I was a bit concerned with the resolution of the prints after looking at their photos, but I thought I'd give them a try and bought the unpainted large prints.
While the sculpt quality and style was just what I wanted, my concerns around the print resolution were justified, as you can see below. 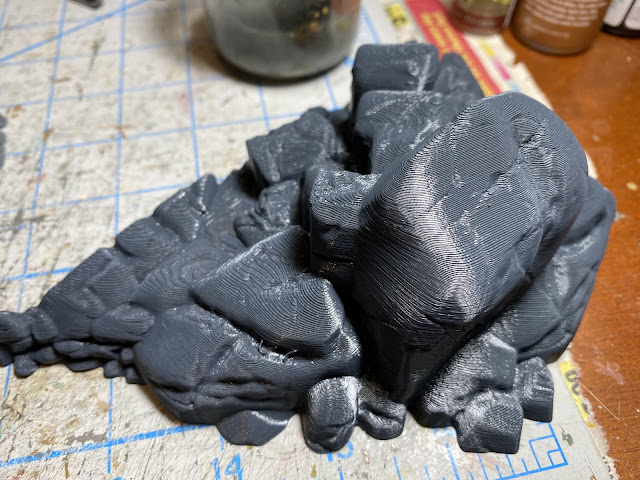 If left as is, the prints would not have looked like the rocks in the area, and drybrushing would have been a real problem. As such, I decided to hand sand all the pieces. The plastic these were printed in was surprisingly hard (good for durability), so sanding took 30 minutes to 2 hours per piece, depending on size. But with all the nooks and crannies in the formations, it was impossible to remove all the print layers. I used some Squadron white putty to further conceal them, and in the end I was able to get them looking decent, though not completely free of lines.
It took a lot more work than I expected (and I had some pretty sore hands after the sanding), but I was able to get them to a place that satisfied me. With the large scale prints, I had enough rocks to cover about a quarter or so of a 4'x6' table at a reasonable density for play. 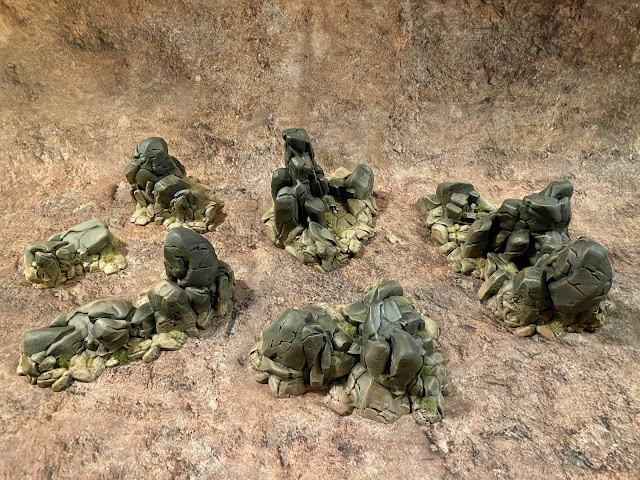 To give a better idea of how big the formations are with a large size print order, here they are with some 28mm miniatures.
Outcropping A 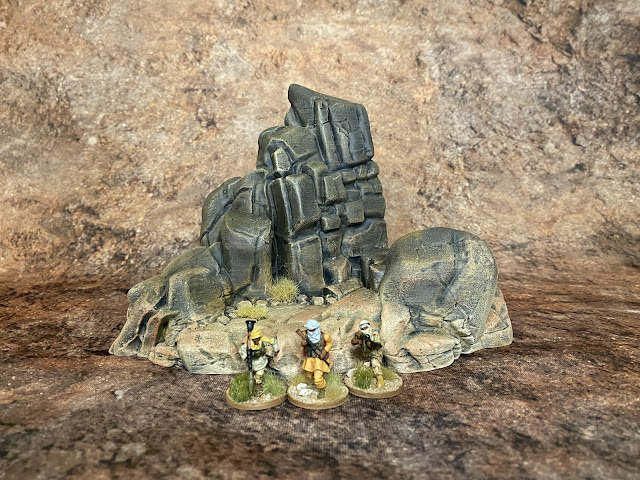 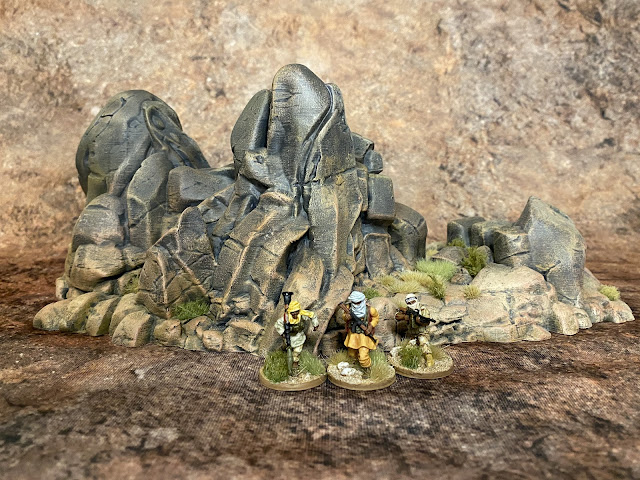 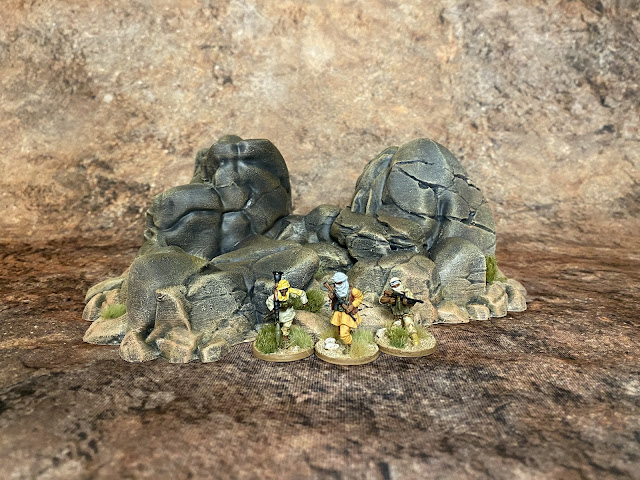 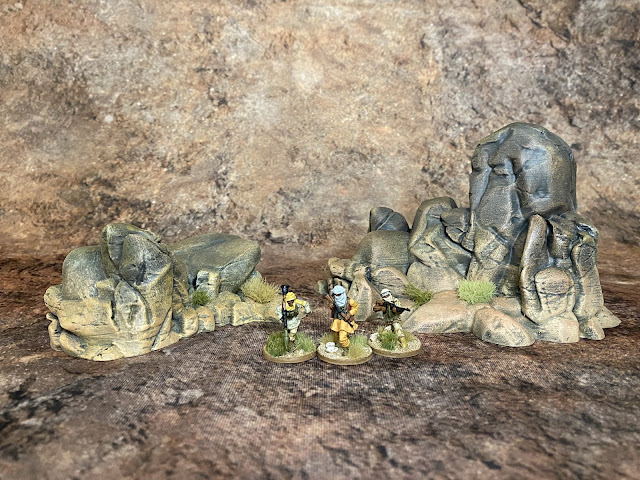 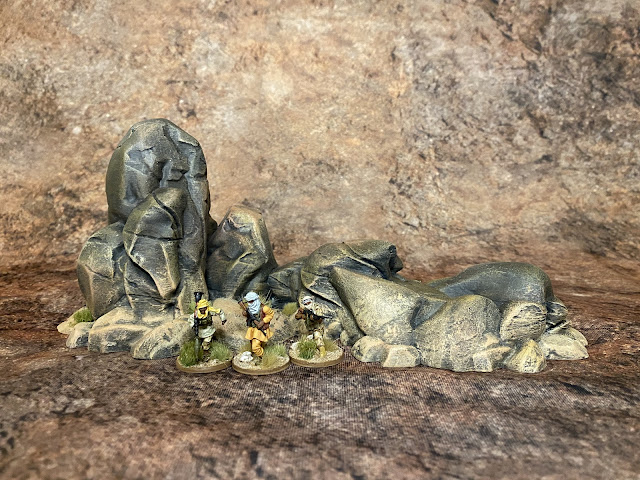 So I'm a bit torn with the product. I think the final rock formations will look great on the table and give the environmental feel I was trying to accomplish. However, for what I had to pay for these (approximately $190 USD with taxes), I think the amount of physical labor they required to look good was a bit unreasonable.
Posted by Major Thomas Foolery at 3:44 PM