Gurkhas and Sikhs for Burma

My British 14th Army for Bolt Action continues with some late war Gurkhas and Sikhs. 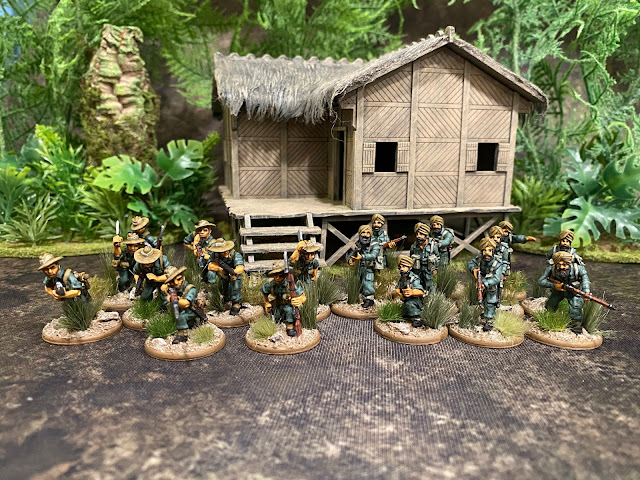 The Gurkhas are from The Assault Group's packs SKU BPC013 and SKU BPC014, along with two NCOs built from converted Warlord plastic kits (British Infantry and Commonwealth Infantry).  While the figures themselves blend in reasonably well after being painted (Warlord's are slightly chunkier and have wider hat brims), the rifles are quite different between the manufactures and I wouldn't mix them. 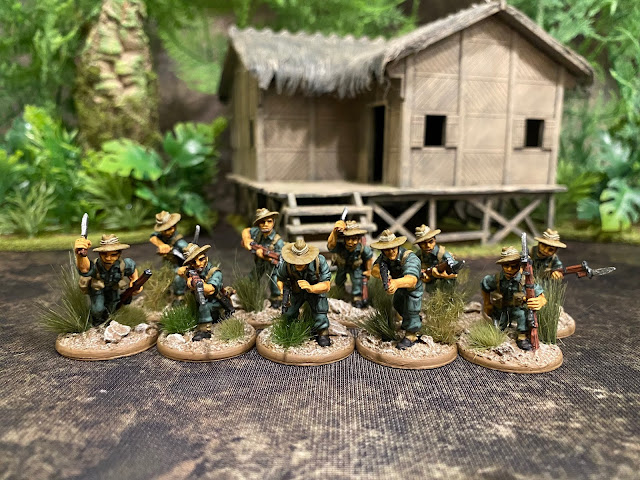 Next up are some Artizan Designs Sikhs (packs SWW140 and SWW142) with some supporting Warlord plastics. The bodies are of similar proportions between the manufactures, but the Warlord figures will look slightly shorter if you don't add a base the same thickness as Artizan's. The guns are similar in style, though the Warlord Sikh heads have bushier beards and flatter turbans than their Artizan counterparts. 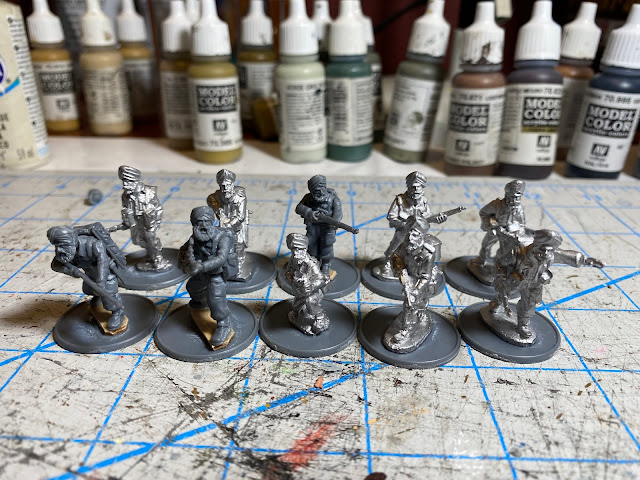 That said, I think they look reasonably well together. 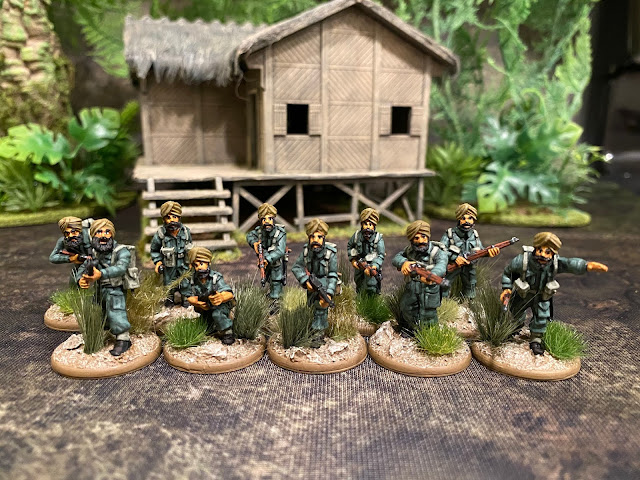 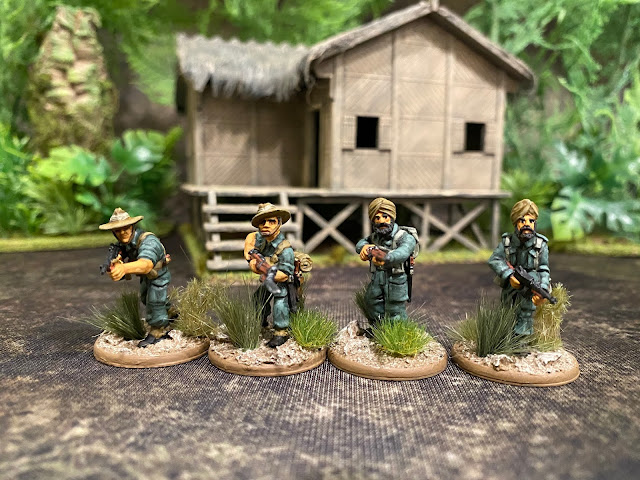