While looking for additional Western forces for my modern games, I found an Etsy seller who had these figures from Predator (1987) and I thought these would work great as a special forces/ mercenary team, and would also make a fun stalker crew for Zona Alfa.  They normally are printed in 32mm size, but I managed to find a vendor who would scale them down to 28mm to match the rest of my figures. Some of the figures have multiple variants, with alterations to make them more compatible with the Colonial marines from Alien or WK40K. I did my best to grab the movie versions, with one error mentioned below. 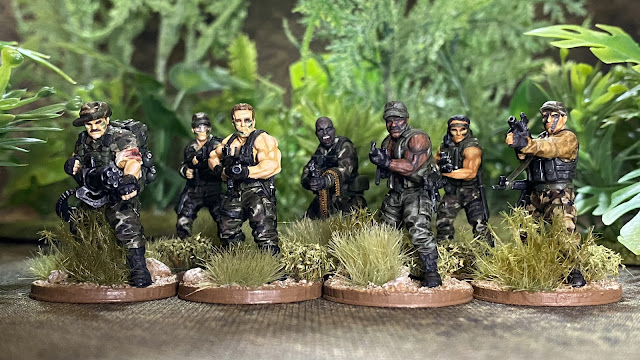 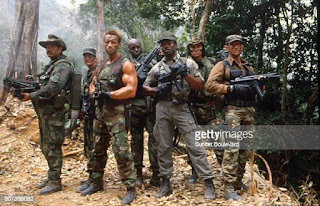 Major Alan 'Dutch" Schaefer. I think the barrel of his M16 looks a little too long, but wasn't able to do much with it due to the under-barrel grenade launcher. 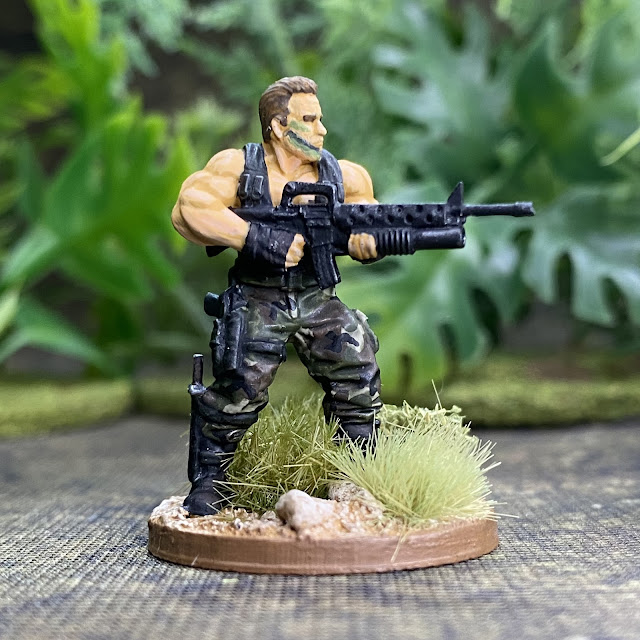 Blain Cooper and "Ol' Painless." I had selected the movie version of him, but didn't notice the seller had accidentally used the Colonial Marines version when he sent me the resize proofs. To make him look a bit more accurate, I removed the backpack camera mount and tried to make the armored shoulder pads looks like the sleeves of a shirt. The under-barrel grip is totally wrong, but there wasn't really anything I could do with it. Despite this I think it doesn't look too bad and people will know who it is. 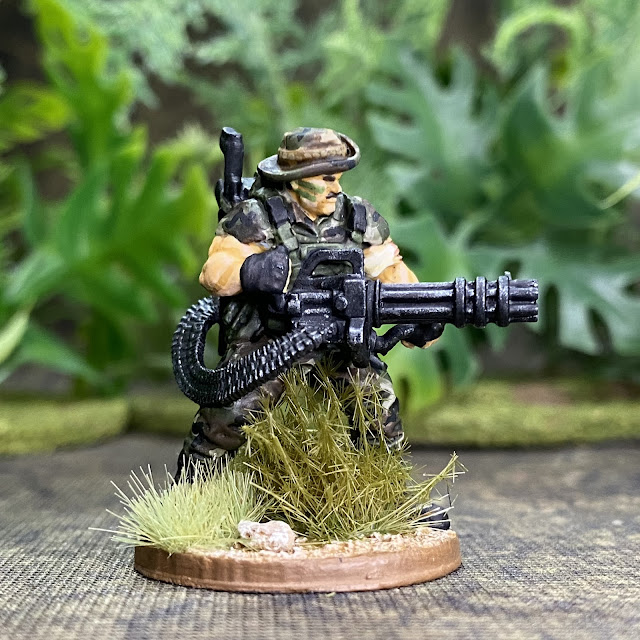 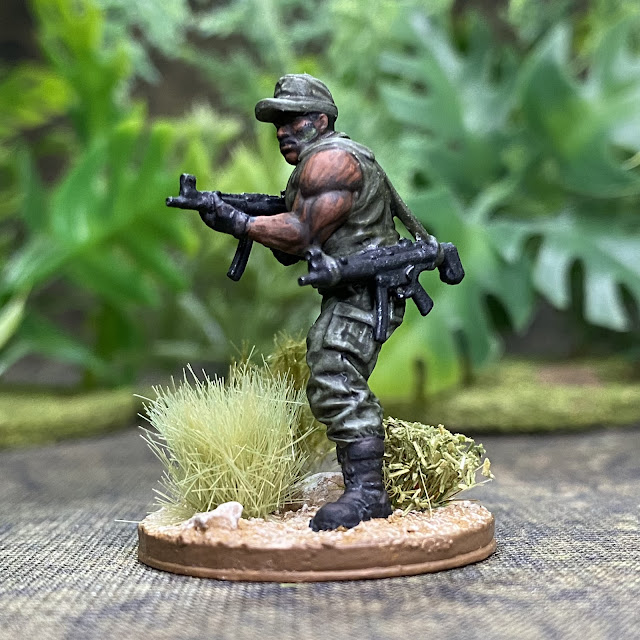 Sergeant Mac Elliot. I think the best sculpt out of the lot. 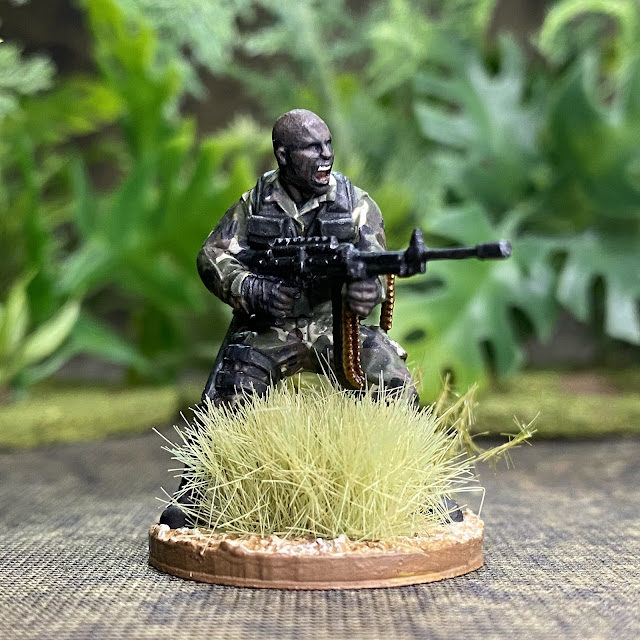 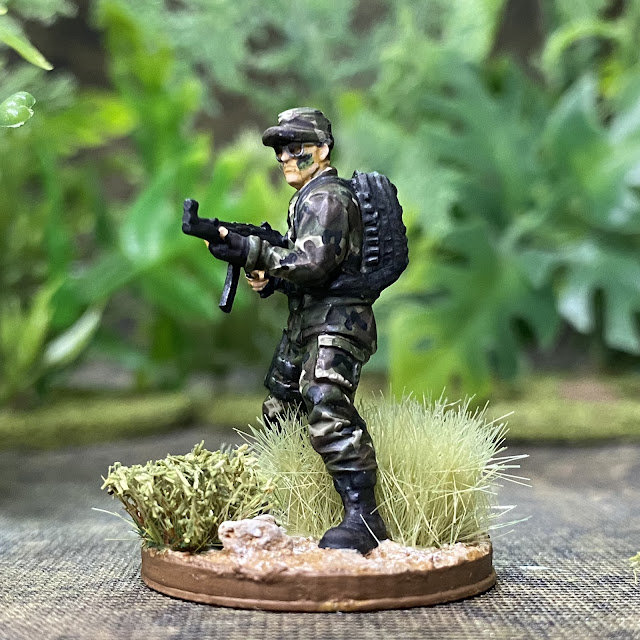 Billy Sole.  Another figure with an overly long looking M16 barrel, particularly with the under barrel shotgun mount. In this case, I was able to remove some of the length without it being obvious. 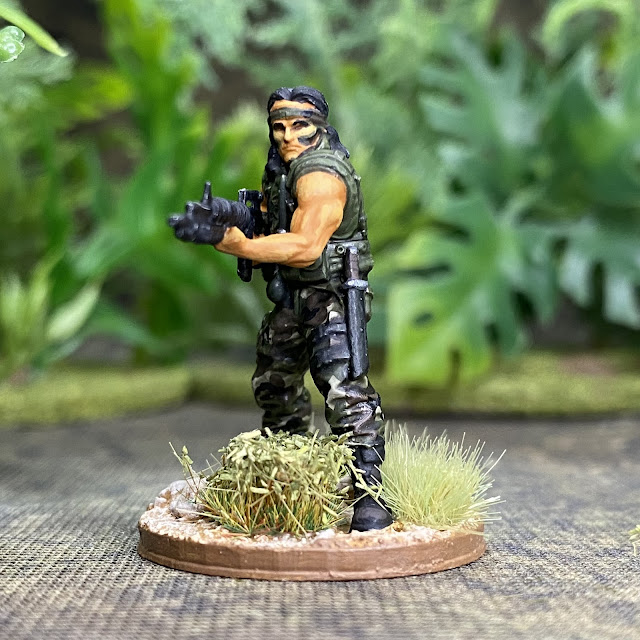 Jorge "Pancho" Ramirez.  Another really good sculpt.  Unfortunately,  I got the stripes of his face makeup a bit too wide, but I thought I'd do more damage trying to clean them up rather than leaving them as is. 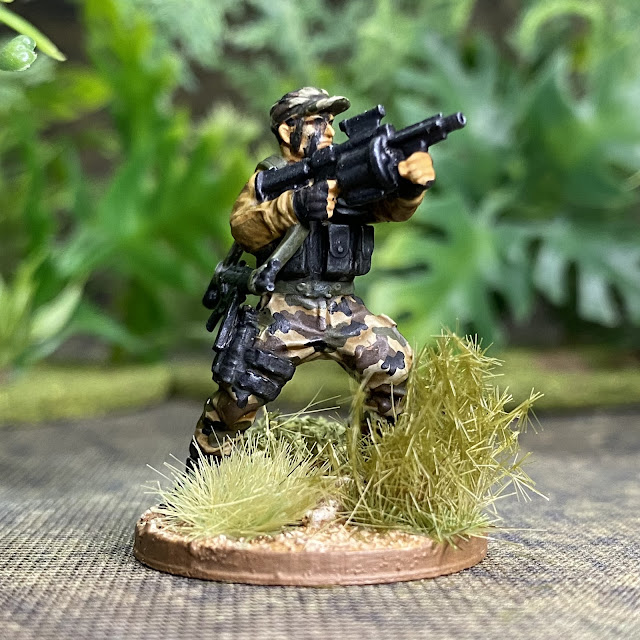 I did also order one of the many Predator variants as well, trying to pick the one that seemed most accurate for this movie.  Unfortunately, even scaled down, I think it looked way oversized (probably one of the extra large Predators from the new movies), so I'll look for other options in the future.
Posted by Major Thomas Foolery at 1:01 PM