It seems like you can never have enough insurgents, so I've purchased and painted more. These figures were designed by Quartermaster 3D and printed in 28mm by JJG Print 3D.  The shipment I received was well packed, but some gun barrels still broken crossing the Atlantic.  Luckily, I was able to glue most of the bits back on, and I could recreate the other bits from brass wire and green stuff. 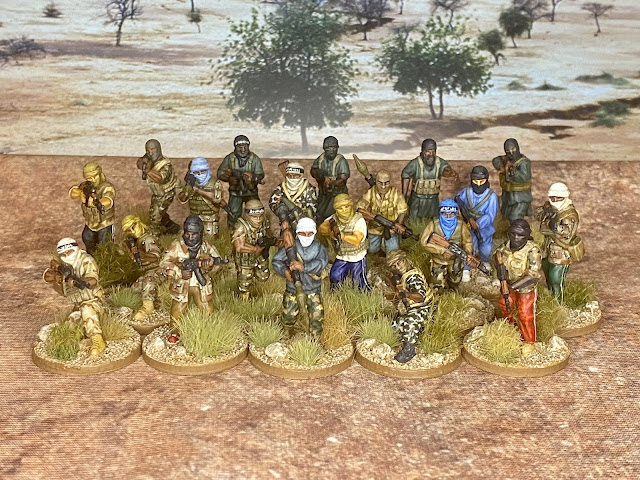 Martyr Squad. While I normally like to paint my insurgents in a mix of clothing and camouflage patterns, I decided to go for a more uniform appearance for elite fanatics. These were inspired by an Islamic State unit from Somalia. 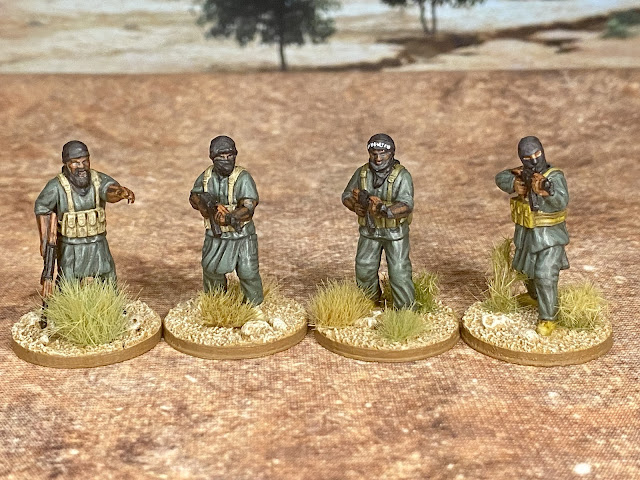 Snipers and AK47. I ended up with two duplicates, but did my best to vary their appearances. 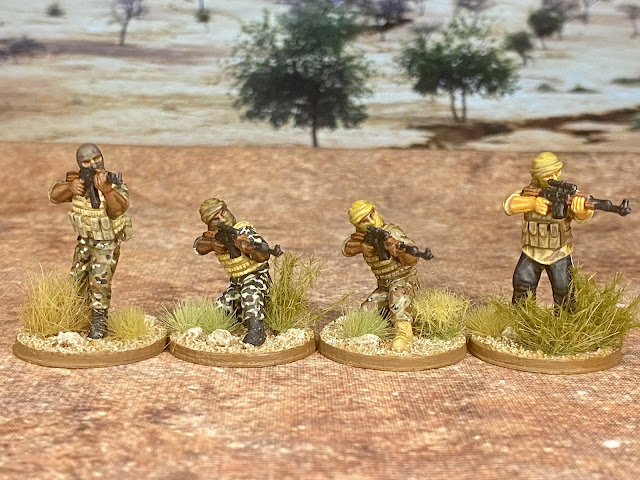 Bomber and RPGs. I wanted a figure to mark suicide bomber attacks, and I thought this guy carrying an IED fit the bill nicely. The RPGs being carried by the other fighters are quite thick when compared to other manufacturers, so they will look better in their own units rather than mixed.  I'll take some comparison pictures in the future, but I'm waiting until I fishing my Miska Miniatures fighters so I can compare all the lines at once (yes, I bought more insurgents LOL). 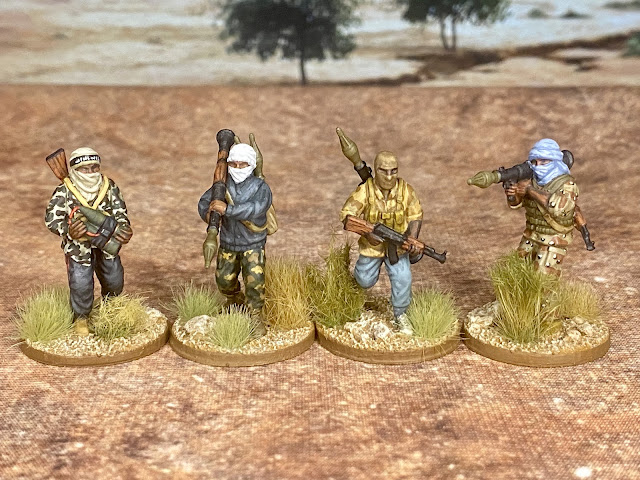 Machine gunners and AK47s.  The LMGs are close in size to the other manufacturers I have, so won't stand out when mixed. 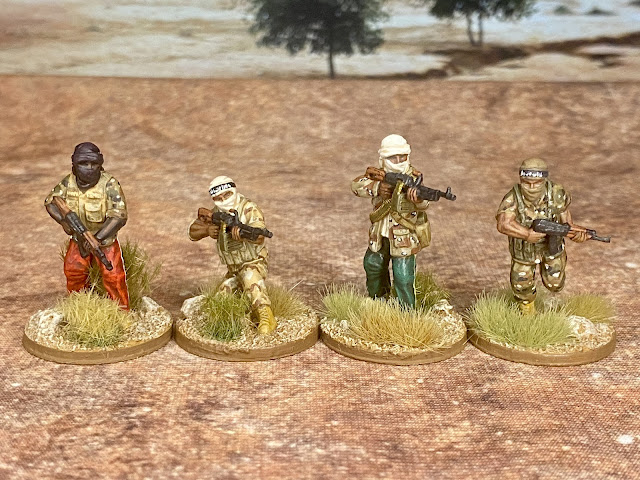 AK47s. Since my forces include Tuareg elements, I had to throw in some blue fabric. 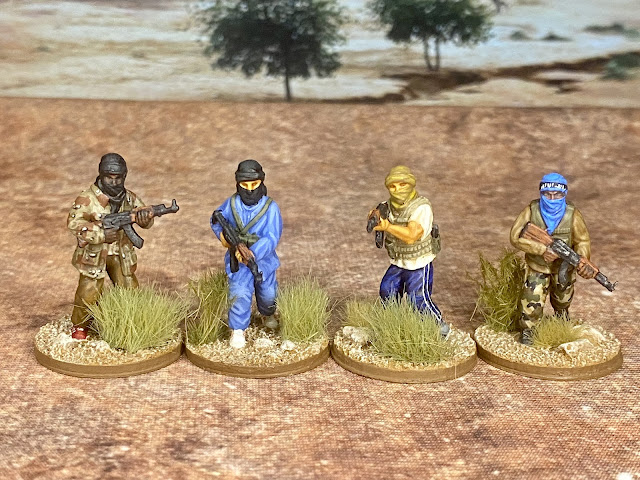 Overall, I am very happy with these figures.  They are on the thicker side, so depending on how picky you are, you might not want to mix them into units with some of the thinner sculpts out there (Again I'll take comparison pics in the future). But the sculpting is good and I found them fun to paint. Definitely recommend!