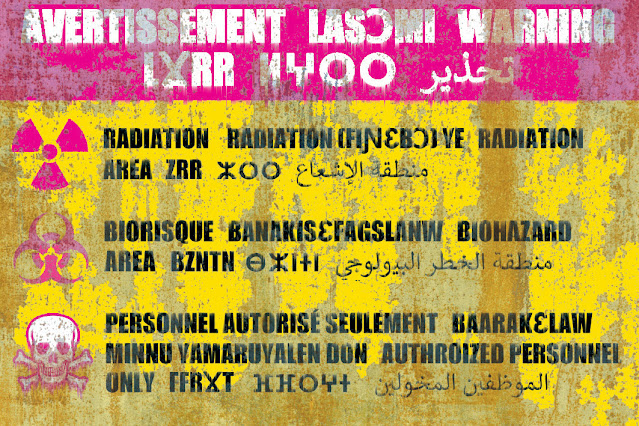 I've been gaming historicals pretty exclusively for a while, and I felt I needed to break up my usual focus with something novel.  I'd recently watched Annihilation and The Mist, and the idea of people up against dimensional horrors sounded like fun. As such I picked up a copy of Zona Alfa. Already owning a bunch of modern African miniatures, I opted to save on costs and move the setting from Eastern Europe to Mali.

Though you can play one-off games, the system seemed to steer you more towards a campaign of connected missions. Since this has a bit of an RPG vibe, my inner DM kicked in and I thought I should do some world building to make it more immersive (the rules themselves were fairly agnostic in terms of background details). My setting of choice was Operation Serval in Mali, and I decided to further regionalize the events by tying the story into local and Islamic mythology. Below is the dossier I created for my players. 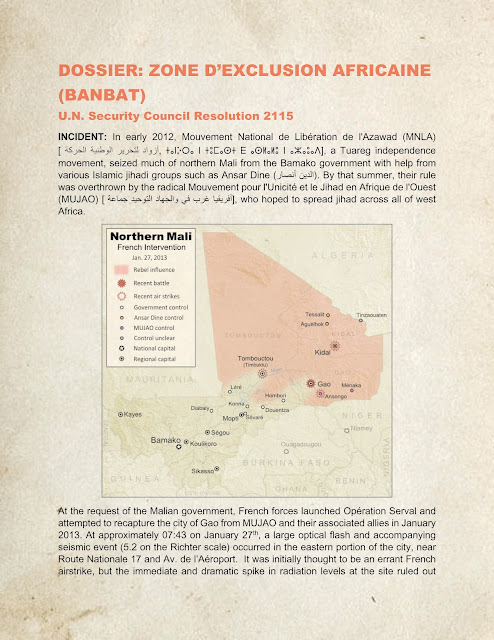 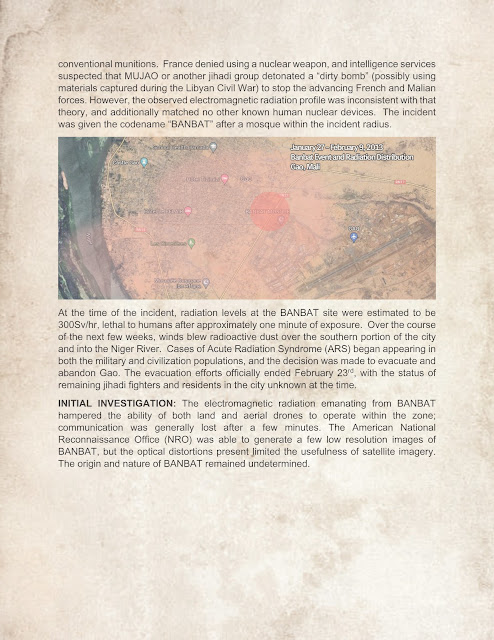 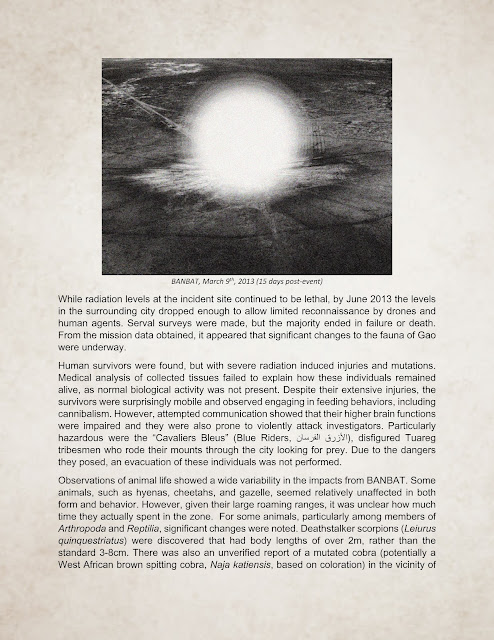 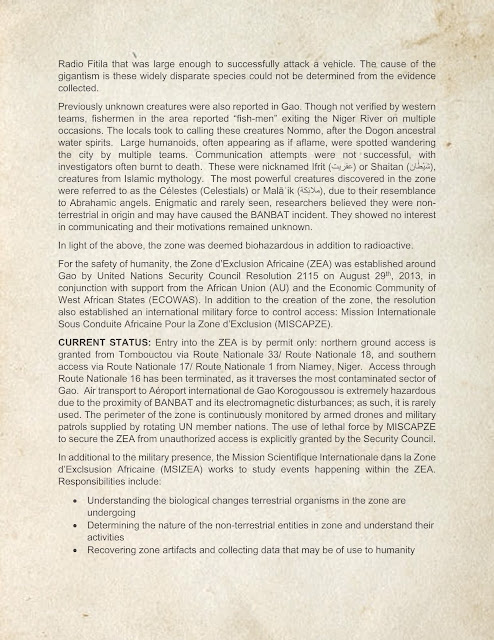 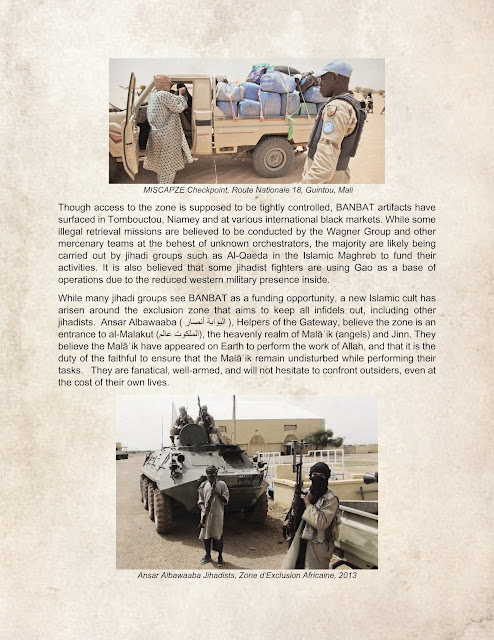 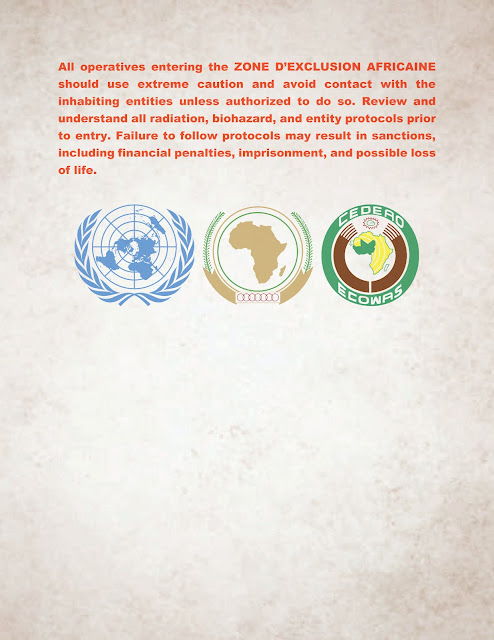 While I had a bunch of Jihadis that I could press into the rule's  bandit role, I needed to find a bunch of figures that would fit fairly easily into the other Zone Hostile categories. I again wanted a regional flair, so I picked the following options: 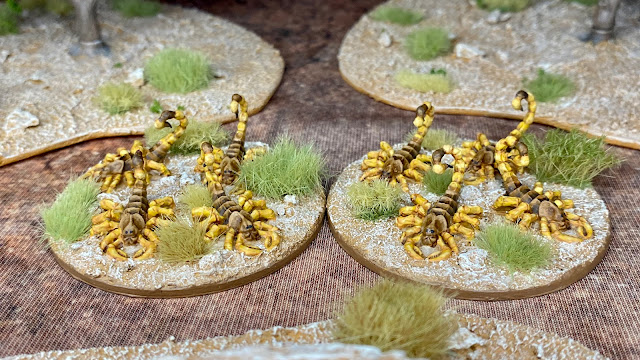 Having loved Damnation Alley as a kid, I couldn't resist making my swarms out of giant deathstalker scorpions. These were created from several packs of Reaper dust scorpions.  The figures were smaller than I expected and mono-pose, but en masse and with some tail bending, I think they look alright. 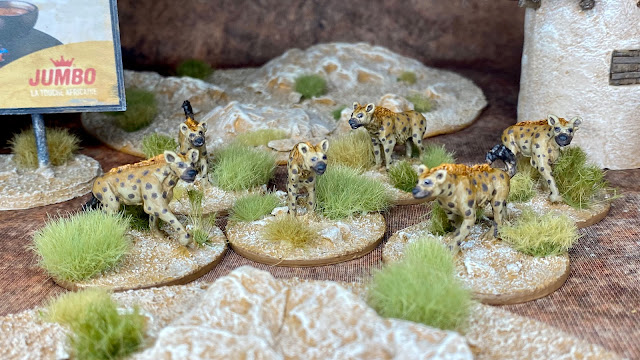 Nobody made miniatures of  African wild dogs, so I did the next best thing and went with spotted hyenas. These were part of North Star's African animal range and I obtained them from Badger Games in the US. The animals were quite big and had to be placed on 40mm bases. The integrated metal bases were also fairly thick, so it took a bit of work with texture putty and plants to hide the edges. 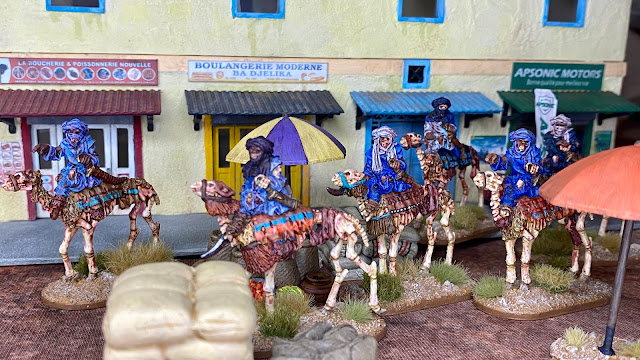 For the zombies, I wanted something with an African flavor rather than a generic modern zombie feel. The only option I found was Obelisk's Darkest Africa Undead line, also obtained from Badger Games. They were designed for an earlier time period, so I just used the command packs to eliminate the spears and shields. While nice figures, one thing they really lacked was variety in the figure poses. All six of my figures were built using the same dolly for the camel and rider, with only slight variations in camel limbs/heads, equipment, rider head covers, and rider right arms. As such, every rider sat on the same blankets, in the same position, and staring off in the same direction. For being zombies, the camels were also a little too skeletal for my taste. But that said, they were unique in terms of zombie miniatures, and I'd still pick them over something generic. 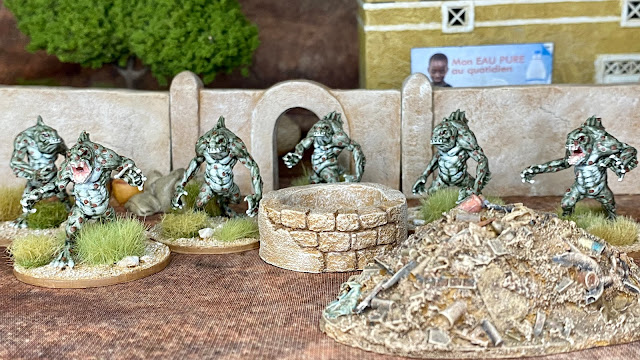 Instead of ghouls, I wanted a creature from Malian mythology. Options were limited, so I went with Nommo, from Dogon religious beliefs. The Nommo were water-based, ancestral spirits. I looked at various merpeople figures, but ended up with 3D printed deepones designed by Duncan Shadow Louca and purchased on Etsy. For the paint scheme, I used a catfish from the Niger River as inspiration. 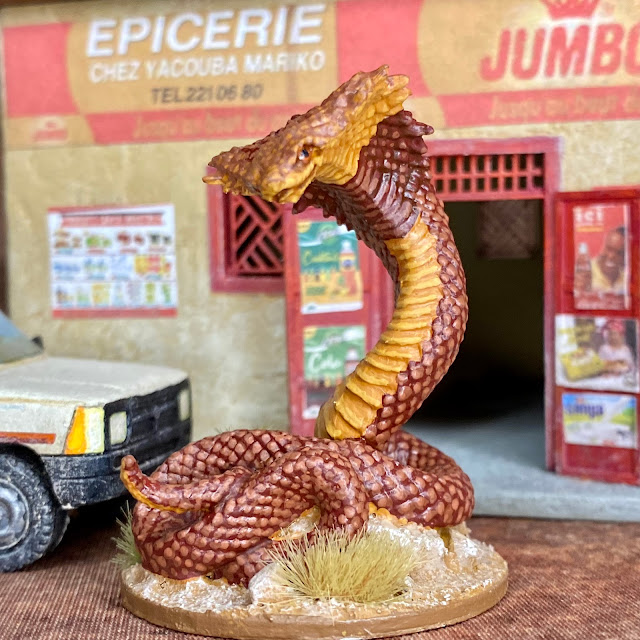 Jumping into the mutant category, I went with another oversized animal, a Mali Spitting Cobra.  This was another Reaper purchase. Looking at various photos online, the cobra's coloration seemed to vary from tan, to reddish brown, to almost black. I went with the reddish brown, as I thought it would have the most pop on the table. 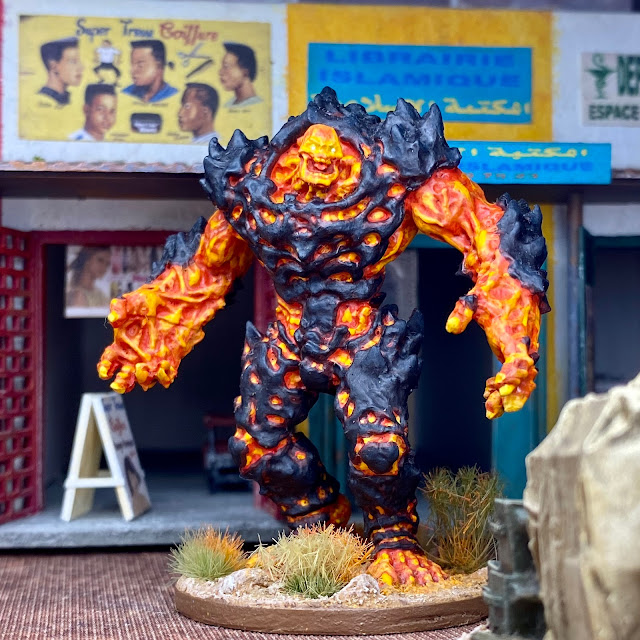 My second mutant was inspired by the Islamic legends of the Ifrit, a type of Shaitan demon. They are supposed to be made of fire, so I've tried to make mine look aflame.  I didn't find any fire elementals or demons that fit the look I wanted, so I converted one of Mantic's Plague figures from Deadzone (the version I purchased on Amazon seems to be from a previous edition). 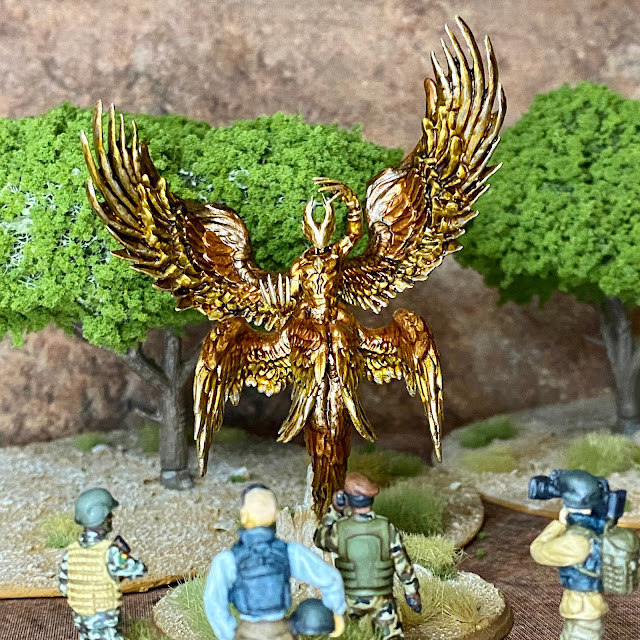 Lastly, I painted a member of the Célestes, the masterminds behind this incursion. I wanted something angelic to mimic the Islamic Malāʾik, but not the modern interpretation of a person in a white robe with wings. Looking for old testament style angels, I found a 3D print of an Archon designed by White Werewolf Tavern and again purchased on Etsy. One warning about this figure: It was designed to connect to the base with two thin plastic pins and they broke off just trying to paint the miniature. It definitely needed metal pinning to stay together.

Since I was deviating a bit from the standard creature list, and also needed some new attacks not included in the main rules (such as venom), I whipped up some home brew charts and rules for my setting.  These haven't been tested yet, so may be modified in the future. 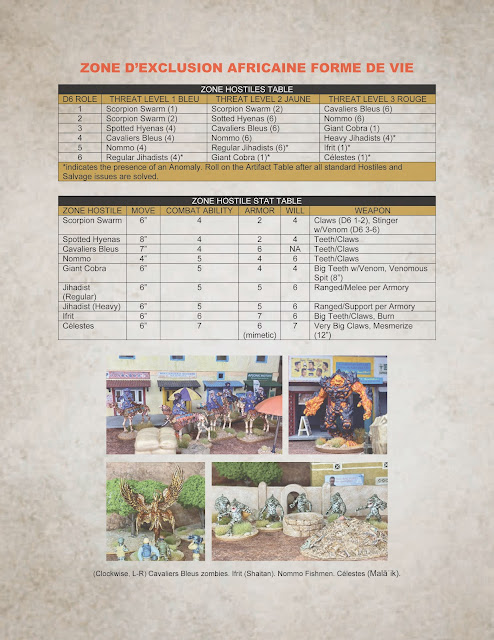 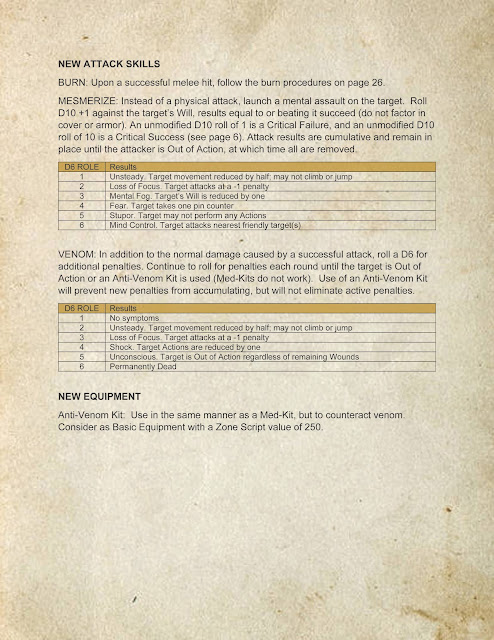 I'm still waiting on the delivery of some anomaly markers, but otherwise I should be good to start some test games soon. Fingers crossed it ends up being a fun game after all this work.
Posted by Major Thomas Foolery at 10:02 PM