My terrorist force for Mali continues to expand with the addition of some more heavy weapons. 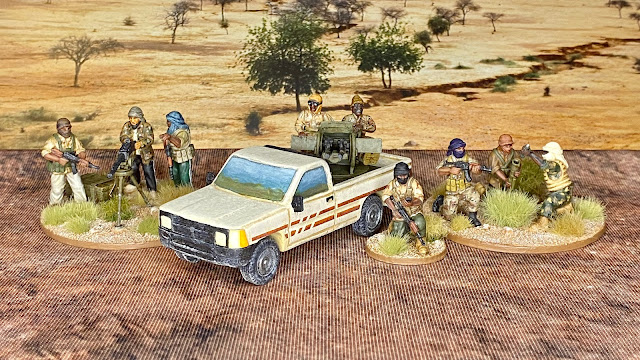 First up is a mortar team, designed by Quartermaster 3D for their Iraqi line, and printed by JJG Print 3D. The set comes with two figures, but I've added a third crew member sine that's the standard for Bolt Action. I've also included a sperate spotter to call in strikes from his cell phone. 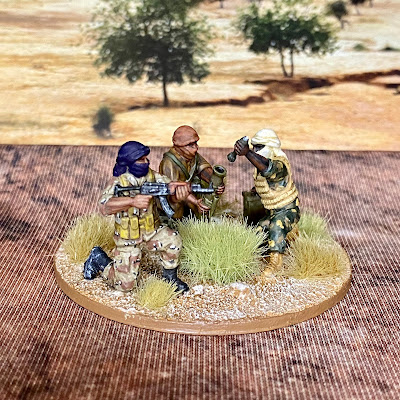 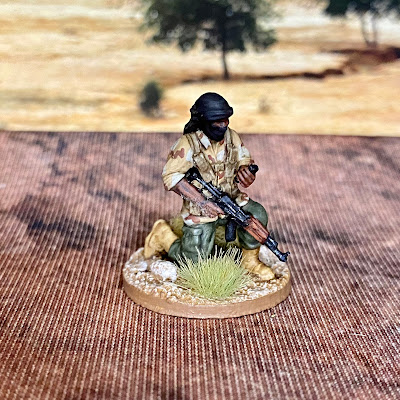 The DShK heavy machine gun was also procured from the same source as above. The kit only includes one crewman, so I have again bumped it up to three members, and also added a resin ammo crate I had. 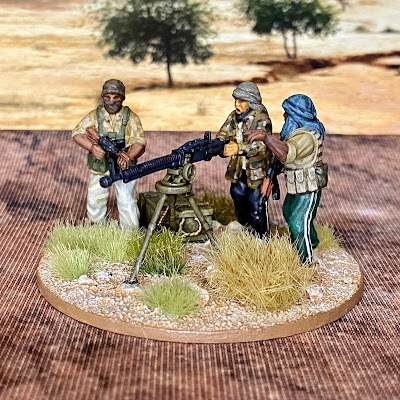 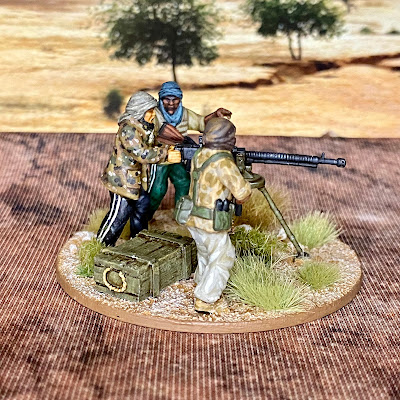 Lastly is a second technical, this time from Empress Miniatures. Rather that get another heavy machine gun, I opted for the ZU-23 anti-aircraft gun. You have a few head options available for the crew, but I didn't think any looked right for my force. Using a photo of Malian militia on motorbikes as inspiration, I opted to use plastic heads from Warlord's 8th Army and Natal Natives sprues. I didn't glue the ZU-23 into the truck, so it can be shifted around in the bed to indicate the correct firing arc, and also deployed independently. 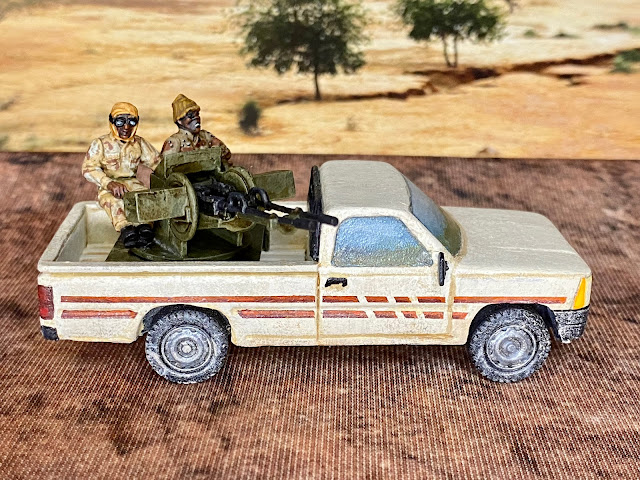 While I like the ZU-23 model, I have to admit I was underwhelmed with the truck and found it lacking in detail when compared to my Footsore technical. The Empress truck includes no side mirrors (mine came from the bits box), there is no detailing in the truck bed (added in some plasticard), and the rear bumper needed a step (plasticard again). In my opinion, that's poor showing from Empress. 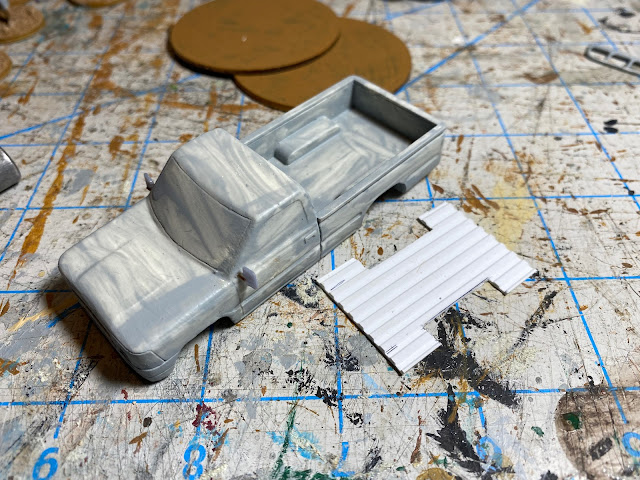 Rather than being based on the common Toyota Land Cruiser 70 series like the Footsore counterpart, this technical is built on a smaller truck frame (maybe a 90's era SR5?). Compared to the Footsore truck, the width and length aren't too significantly different. 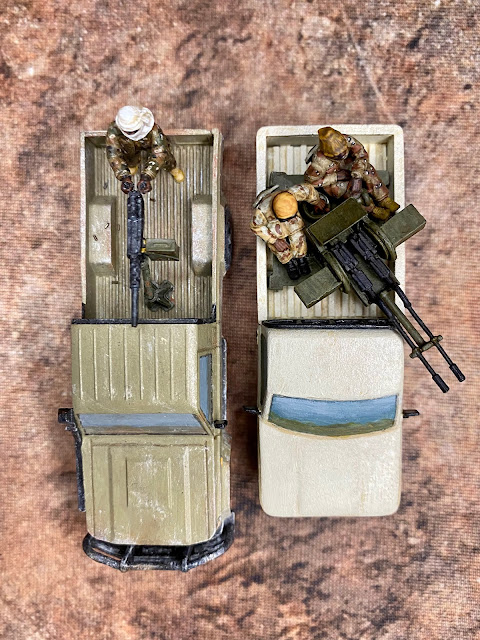 However, what is significantly different is the height of the cab. While the Empress technical does sit closer to the ground with smaller wheels, it feels like a 28mm figure would never fit inside the cab. 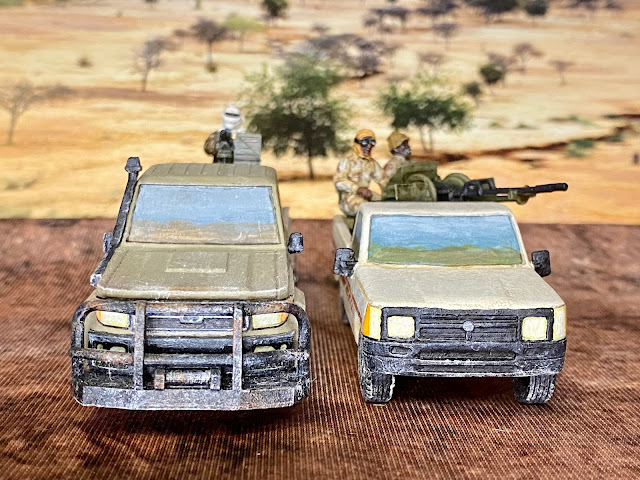 Here is a kneeling heroic 28mm figure (same size range as Empress' own miniatures) and as you can see, the figure would be bumping his head against the ceiling even without accounting for a seat.  In my opinion, this is a really irksome design error that makes the technical look undersized on the table when placed next to other vehicles. 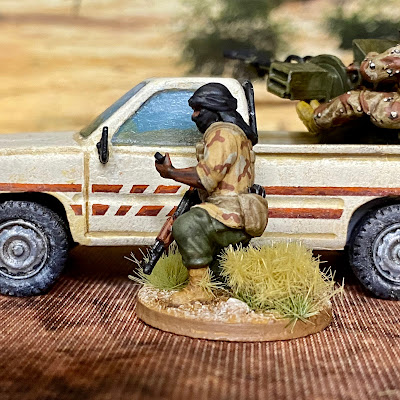 In conclusion, I give a big thumbs up to the Quartermaster 3D figures, but find myself once again disappointed with the Empress moderns. It's a real shame, as I have figures from their other ranges and absolutely love them.
Posted by Major Thomas Foolery at 3:37 PM