Several of our recent games of Bolt Action have been objective scenarios, so I thought it was time to put together some proper objective markers. 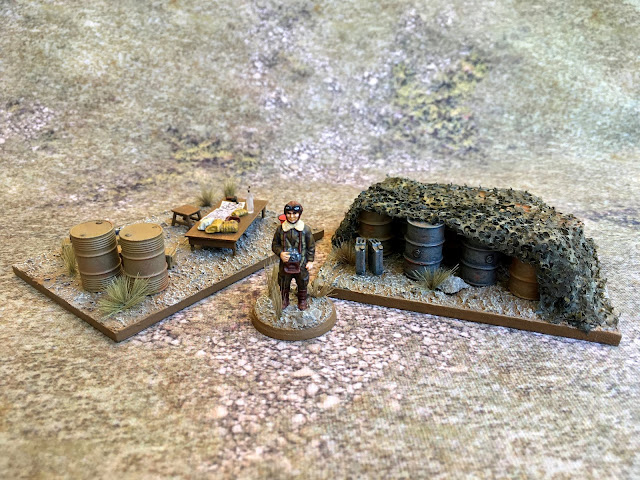 First up is a pilot briefing area, though I think it's generic enough that it could be used for any IJA forward command. This was created using 1:48 diorama elements left over from my Fine Molds Kawasaki Ki-10-II kit, along with a Warlord namba pistol and some Japanese WW2  maps I found online. The kit also included a mechanic, but I wasn't a fan of the sculpt and decided to leave him off. 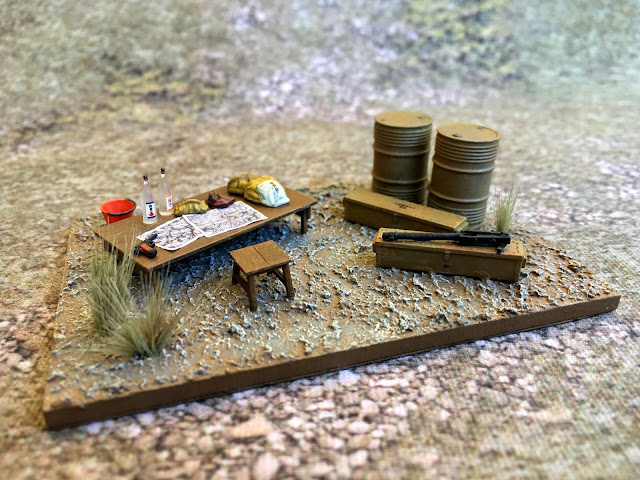 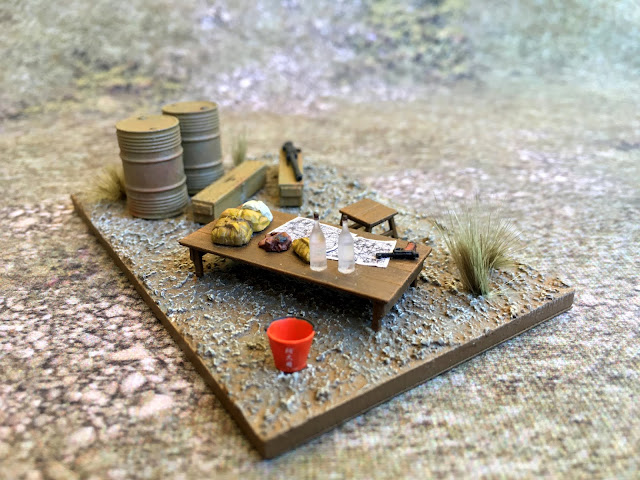 Next up is a small fuel dump, created from Baueda's steel drums set. They are actually of German design, but I don't think people are going to be too upset seeing them pressed into service in Asia. The local shop also had some AK camouflage netting in stock and I thought the additional covering would make for a much more interesting looking piece. It's a modern style rather than what was seen in WW2, but I am too lazy to try and create something from scratch (and it still probably wouldn't have looked as good). 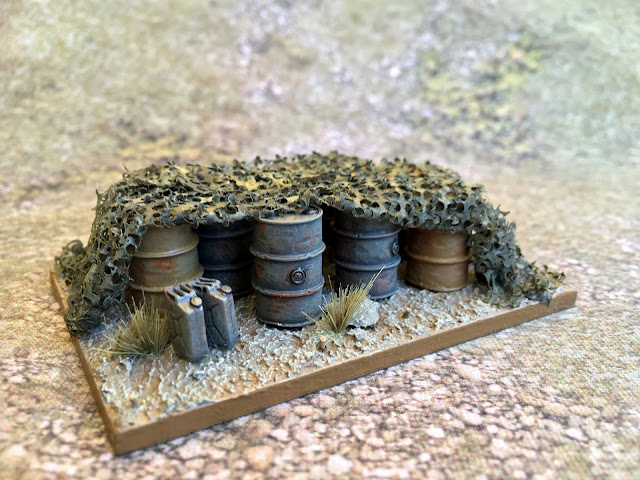 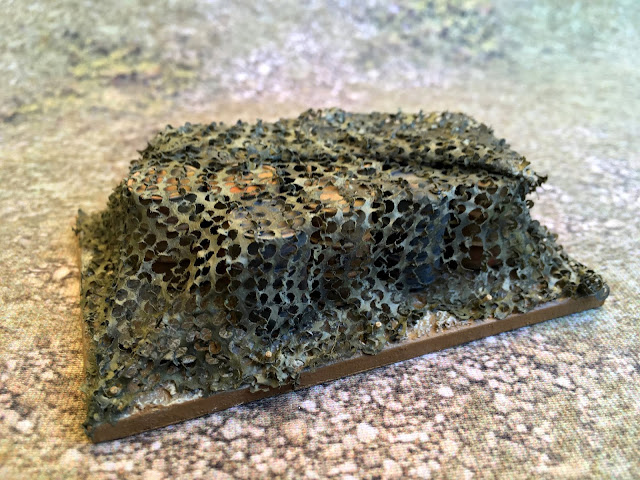 Finally, I have a downed Japanese pilot, also from the above mentioned Fine Molds kit. He has a camera, so I envision him carrying reconnaissance film that needs to be recovered. Being a 1:48 figure, he's taller than my Warlord Japanese, but I've put him on a slightly shorter base to help hide his stature. 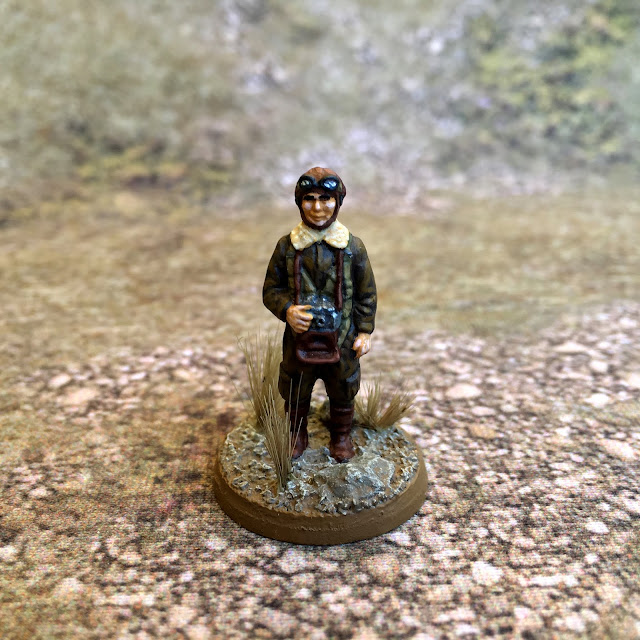