So I'm back with some new figures for the kids' superhero games.

First up are two members of the Avengers: 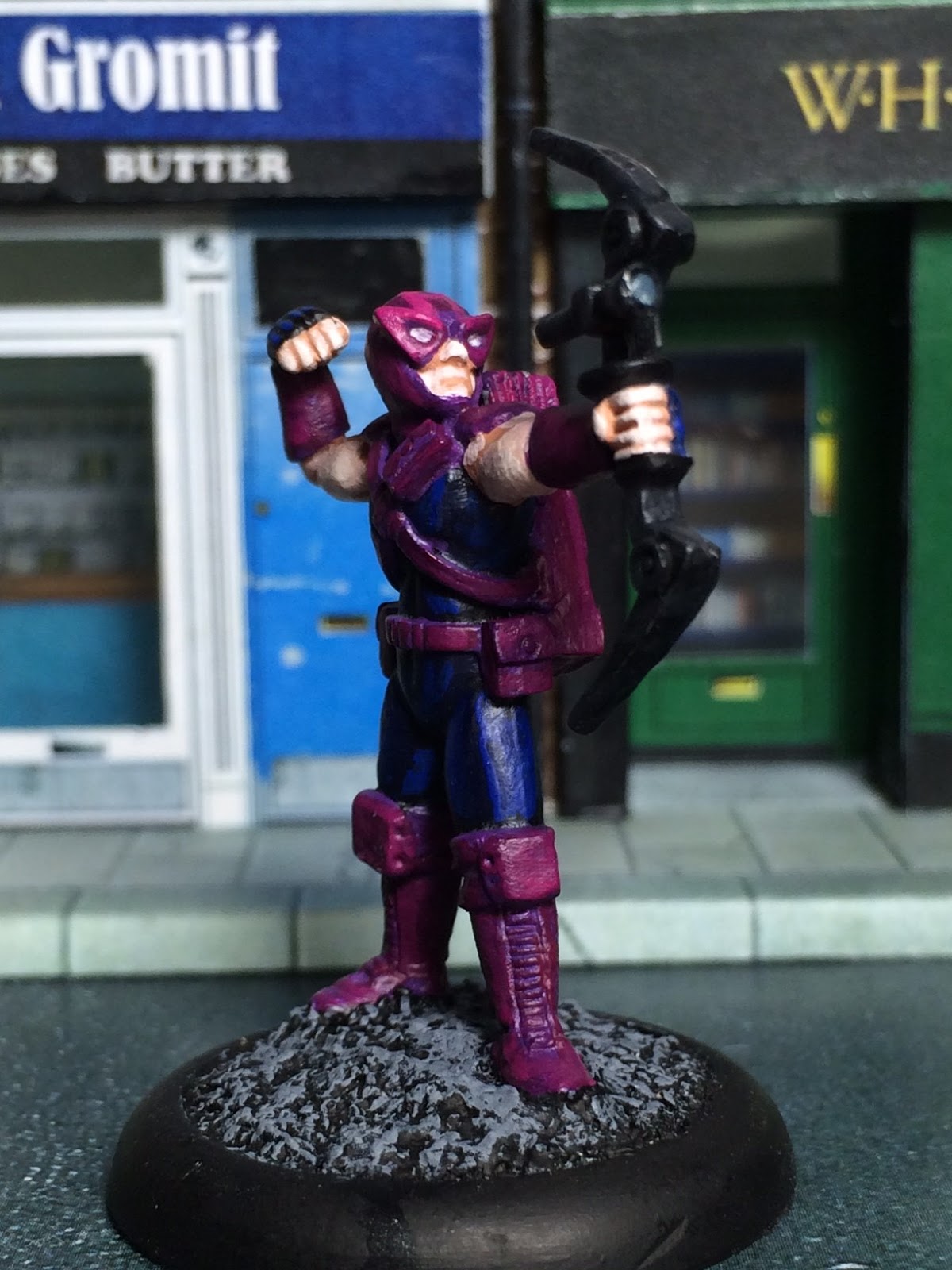 Hawkeye was made from Crossover's Fletch hero.  I've gone for the more traditional comic look rather than the movie costume. Overall a nice figure that was easy to paint. 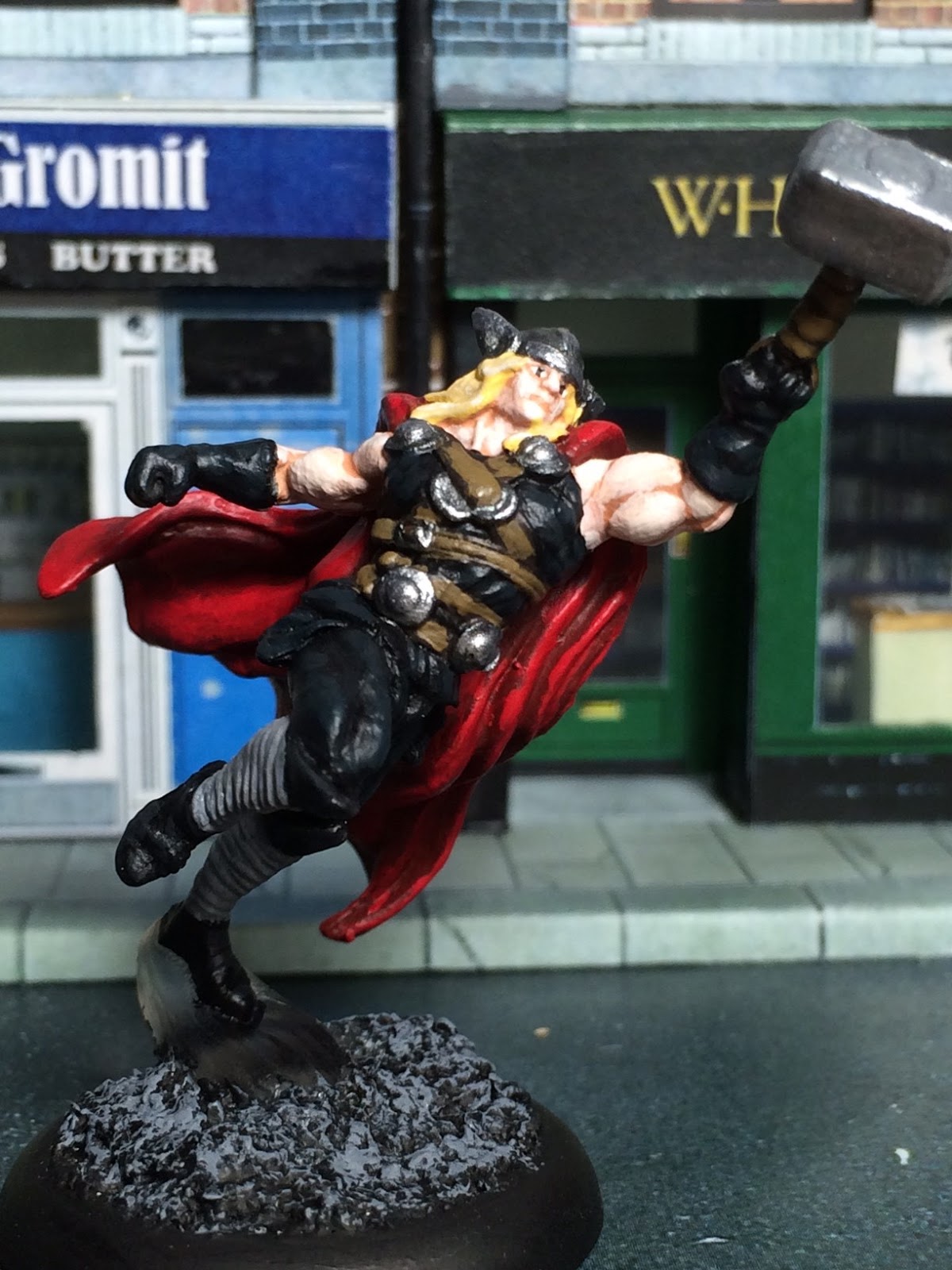 Thor is a repainted Heroclix figure.  The original paint job wasn't too bad, just a bit flat.  The sculpting is actually rather nice. 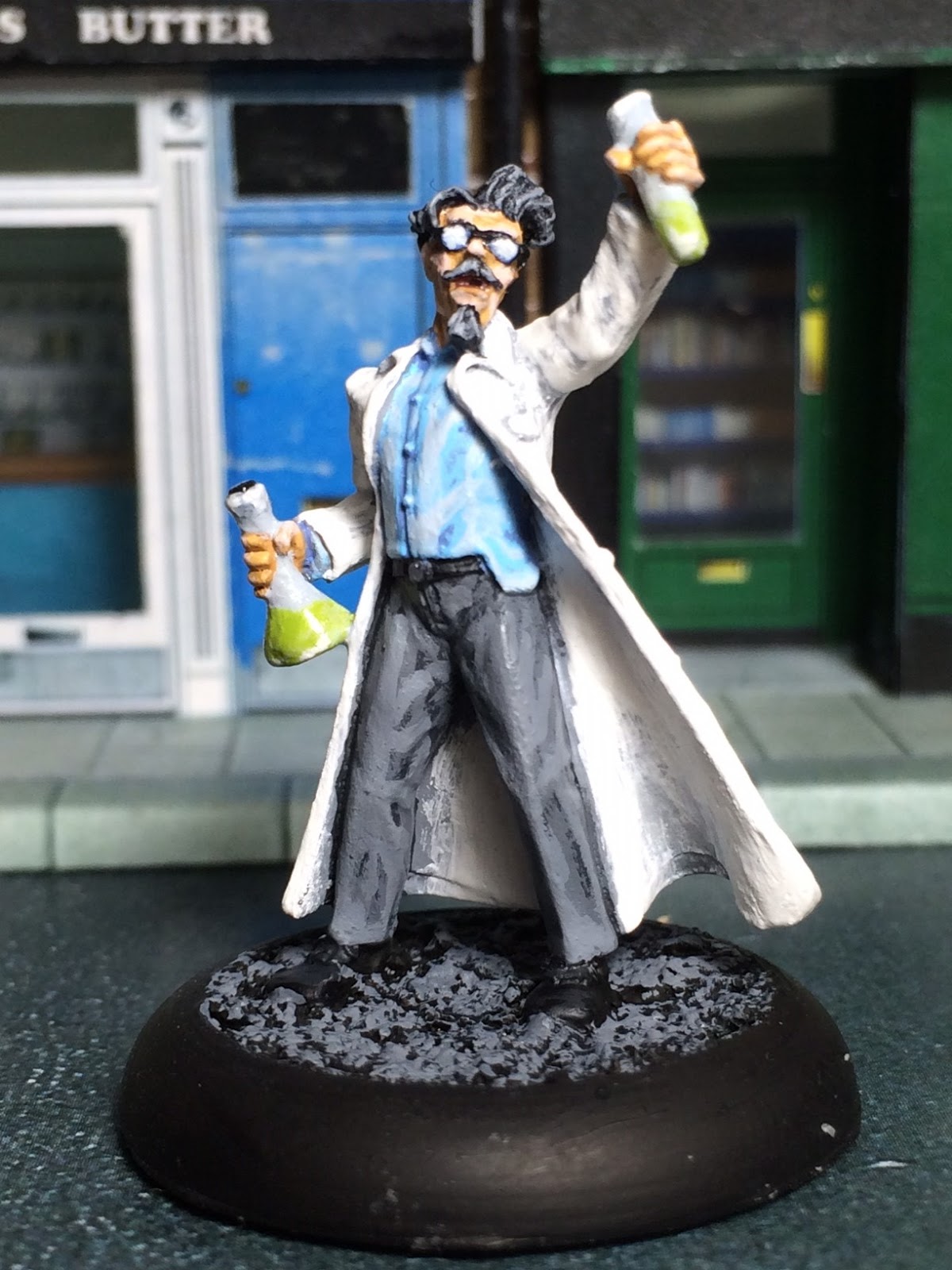 Next up is our S.H.I.E.L.D. scientist, Professor Kiyoshi Mamba, one of the world experts on aliens and mutants.  This figure comes from Reaper's Chronoscope line.  He will play a major role in our upcoming cross blog game. 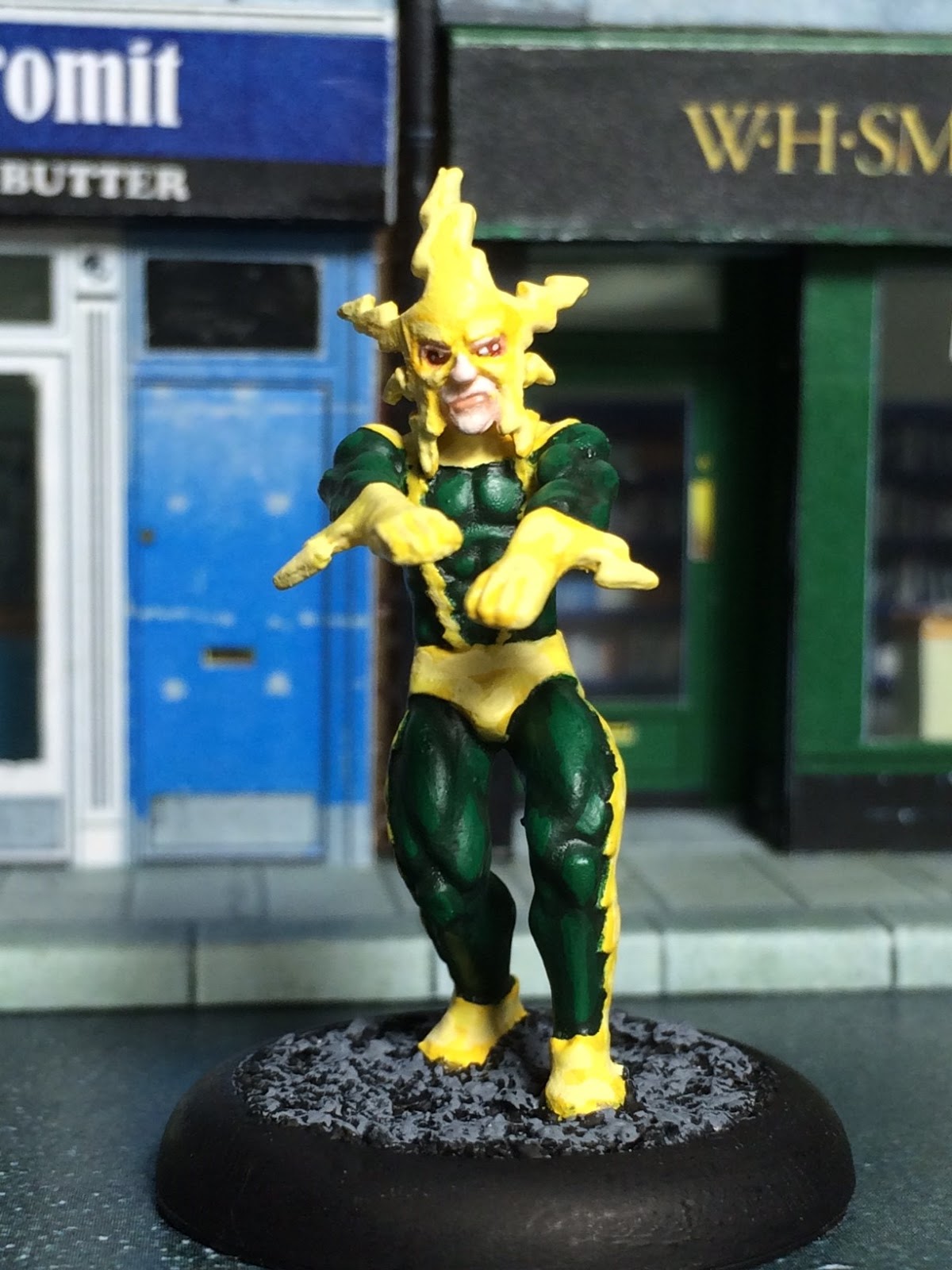 Electro is the first of our two new villains.   This is another Heroclix repaint. Again, the original wasn't bad looking (the eyes were actually great, so I left them alone), just rather flat. 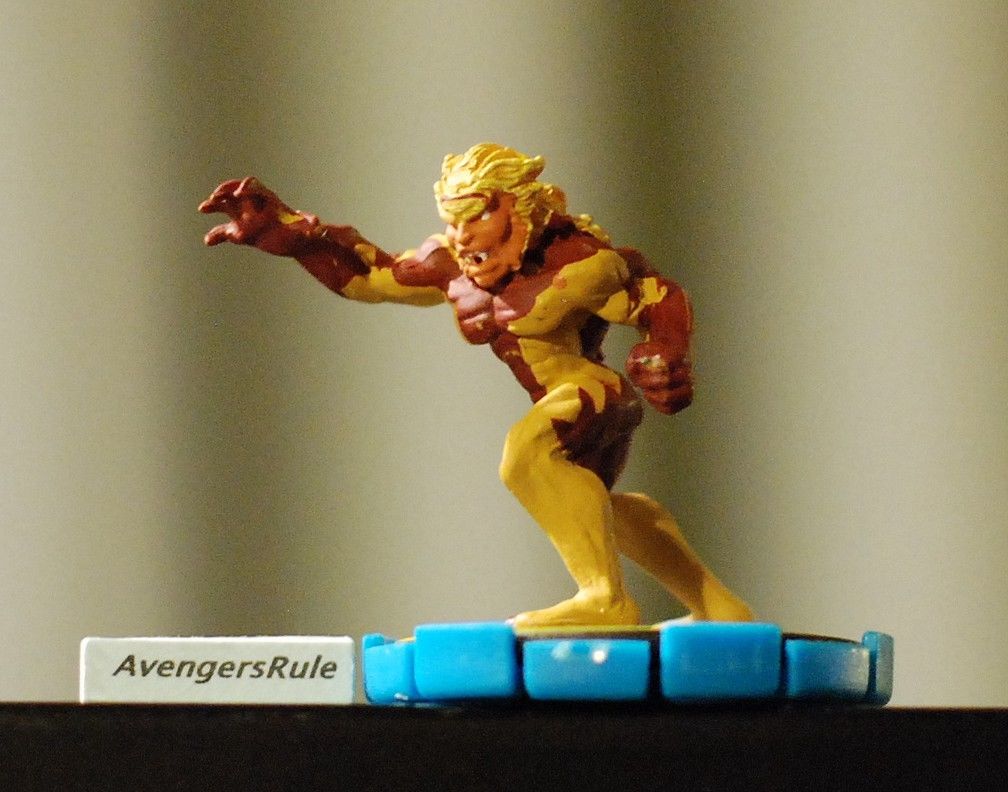 Last is Sabertooth, another Heroclix figure. The sculpting is just ok (his head is a bit big), but as you can see, the original paint job was absolute crap and had to be completely redone: 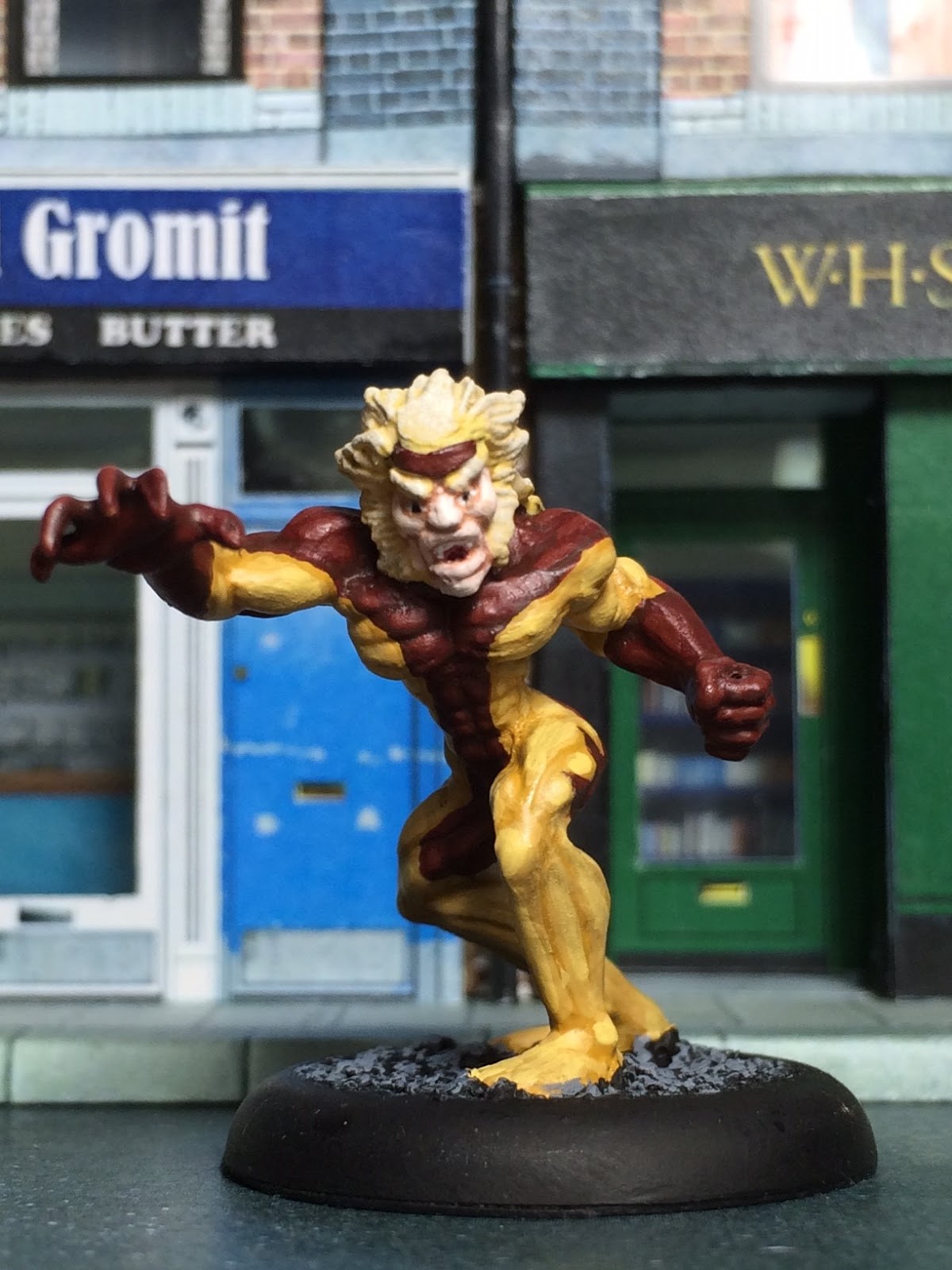